There are plenty of London Dry Gins out there but none ‘own’ the category quite like Beefeater. For starters, it’s the only historic premium gin to still be distilled in Blighty HQ. And just in case you weren’t aware of its impressive London credentials which can be traced back to the 1820s, there’s no getting away from that instantly recognisable label. Wherever you are in the world the image of the ‘Beefeater’ proudly guarding the rectangular-shaped bottle (designed to replicate a London brick by the way) is an iconic symbol of the capital in delightful liquid form.

Little wonder why the brand chose to focus on its birthplace as the theme of its fourth global competition – its the the essence, the heartbeat, the spirit of this most quintessentially London gin. True to the city its made in, the Beefeater MIXLDN competition was looking for the quirk, originality, culture and possibly a nod to the history that make London one of the most exciting cities in the world to be captured in a cocktail. To be in the running, contestants from 30 countries were invited to submit their recipes based on: ‘London Inspires You. You Inspire London,’ using either Beefeater London Dry or Beefeater 24 gins as the base. 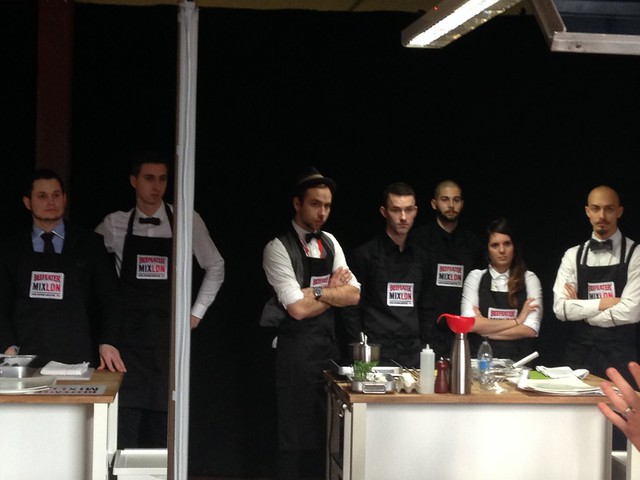 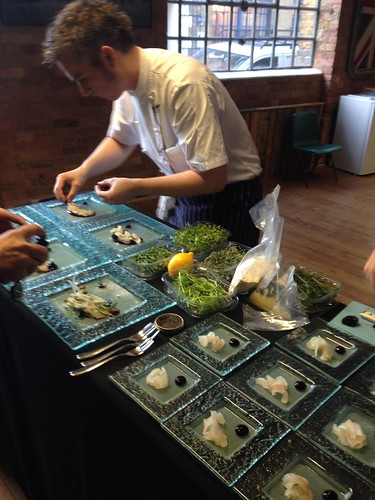 To get to this stage, all 30 had already beaten off major competition in their respective countries taking in everywhere from Canada to Colombia, South Africa to South Korea and United Kingdom to the United States. The last part of their journey was to be decided in London, where else?

We joined Luke Rayment, executive chef at the Mondrian London and Simon Difford of diffordsguide at a warehouse in Bermondsey, not too far from the Beefeater Distillery. Our mission was to judge the mystery round of the global finals, the round where the contestants had to put their flavour matching skills to the test. After a cookery demonstration where Luke divided them into groups of five to work together to create a stunning beef number, they were called individually to devise a cocktail to go with something different entirely. “It’s the complete opposite to what they were working on before,” Luke tells us sneakily. “That dish was hot and here we’ve gone for something cold, light compared to the heaviness of the beef and rather than a dense flavour we’ve given them something very fresh.” 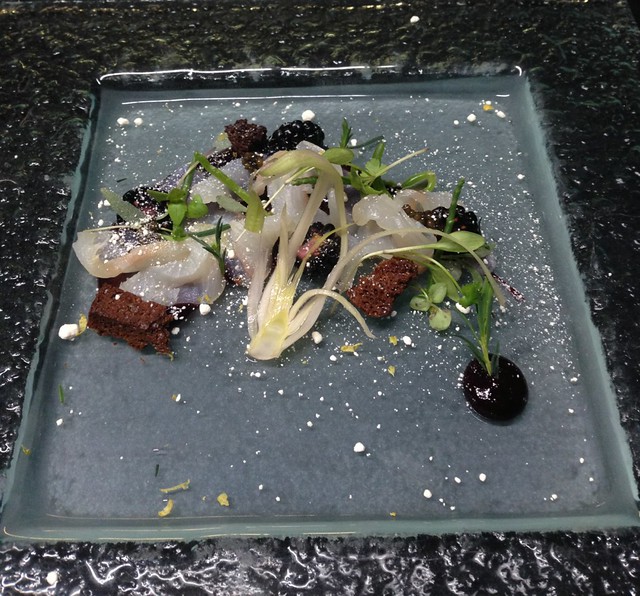 The dish in question…

The dish in question was a beautifully balanced medley of citrus cured halibut infused with blackberry and elderflower, garnished with a salad of sea herbs, dots of gingerbread, caviar and white chocolate snow – so plenty of flavours and accents to zone in on. But with 20 minutes to come up with an original cocktail that had to complement or possibly contrast with said dish, the pressure was on.

We tasted way more inspirational serves than we deserved to on the second Tuesday of the New Year. There were some recurring ingredients such as the use of coriander, elderflower and absinthe in the drinks. There was plenty of egg white and foams too. Most of our contestants kept their cocktails light, bright and served straight up while a few went strong and boozy. As well as the taste and demonstrating an understanding of the challenge we also had to mark on the presentation: did the drink look aesthetically pleasing, have a good texture and did the choice of glassware make sense? 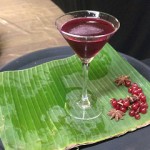 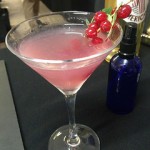 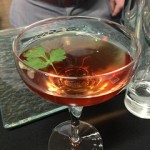 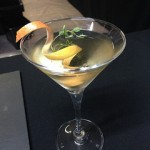 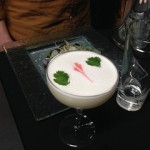 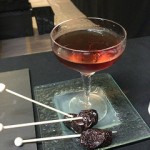 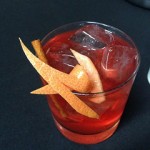 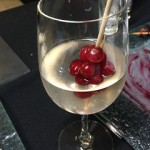 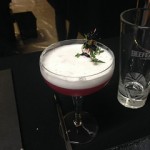 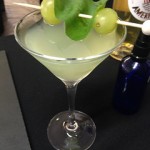 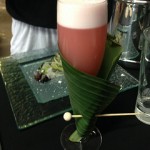 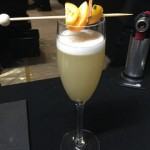 A few of those drinks

To be honest, most of the drinks we were presented with more than passed muster on the taste front – but not all paired well with Luke’s intricate choice of ingredients. Highlights for us included Roberto Rossi from Italy who not only created a corker of a drink with Cocchi Americano, Lillet Rouge and a quick infusion of green tea in his choice of Beefeater 24, he weaved in a London connection by basing it on the Hanky Panky, created in The American Bar at The Savoy.

We liked Truls Thomsen from Norway’s drink too. His simple but perfectly executed cocktail combined Beefeater London Dry flash infused with coriander, combined with Tawny Port and a few dashes of chocolate bitters, garnished with one coriander leaf on top. One of the few dark drinks in the competition, this one married nicely with the dish – particularly accenting the gingerbread. Brandon Phillips from the US also did a good job. In contrast to Truls’s cocktail, his was light but very complex, balancing Beefeater 24, Galliano, yuzu, and a nitrogen charged foam of white and dark chocolate garnished with two coriander leaves and a drop of bitters. Thomas Melzer from Czech Republic showed a good understanding for the challenge with his drink which balanced Beefeater London Dry with lemon juice, elderflower, simple syrup and fennel shaken together to release the aromatics of a bouquet of sage, rosemary and thyme in the shaker. Other highlights included Andrei Kazakov from Estonia, Santiago Ortiz Jacome from Spain and Peter Kunz from Austria.

In the end though, our marks were just part of the competition; the rest were made up from the points notched up from their signature Beefeater cocktails judged by Beefeater Master Distiller Desmond Payne, Ryan Chetiyawardana of Mr Lyan and drinks writer Dave Broom. Once marks from both challenges were added up, eight semi-finalists went through to the next round the following day: 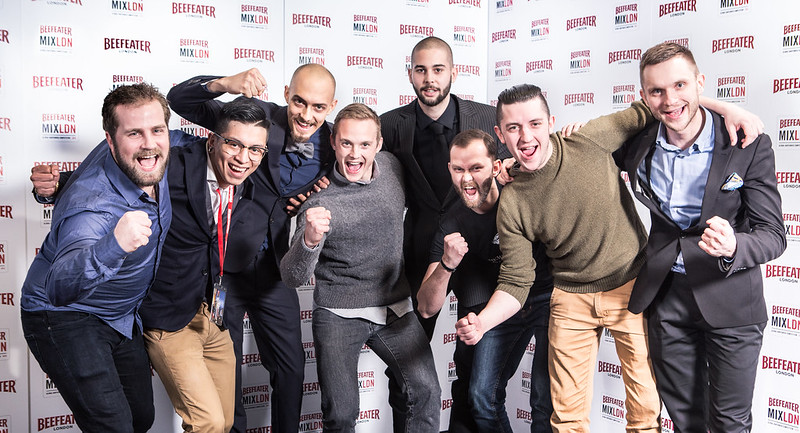 On the Wednesday evening it was down to invited guests to cast their votes, judging the eight signature cocktails on taste and presentation. Brandon Phillips took the top spot with his cocktail the Hackney Handshake. Apart from bragging rights Phillips earns himself the exclusive opportunity to join the Beefeater Brand Ambassador program as well as a ticket to his choice of two of the following events: Tales of the Cocktail (New Orleans); Moscow Bar Show; London Cocktail Week; Toronto Cocktail Week; Tales of the Cocktail on Tour; Tokyo Bar Show; Berlin Bar Convent or the Sydney Bar Show. 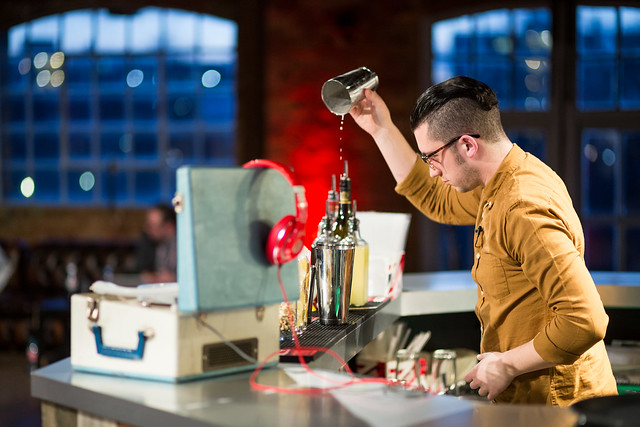 “I’m very excited to have won Beefeater MIXLDN, which is the best and most challenging competition I have been involved with so far,” he said. “Beefeater is the definitive dry gin and exploring its rich heritage at its home in London has been an unparalleled experience and one of the highlights in my career. I can’t wait to go back to the US and champion Beefeater.”

“This drink is an ode to the hipsters of Hackney. A drink that you’ve just found out about, but they’ve been enjoying since long before it was ‘cool’. So, even though you like their older stuff so much better, throw the new Arcade Fire album on your vintage turntable, sit back and dip your moustache in this delightful tipple!” 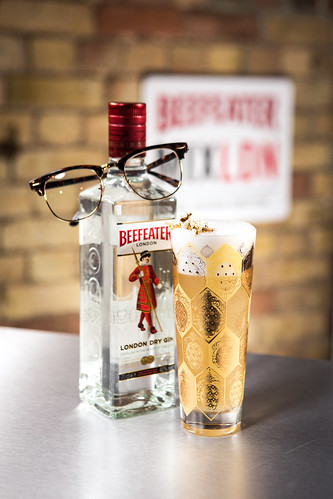 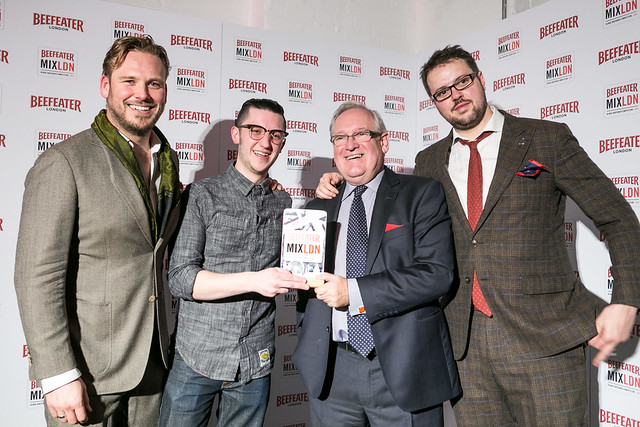 The number one white spirit in Spain

The number two premium gin in the world

The number three premium gin in the US