“The first time I saw Sean Muldoon and Jack McGarry present, I was captivated. Their determination to be the best is infectious, and you can’t help but let it animate you. At that point, I hadn’t even visited the Dead Rabbit, and I was scared that having built it up in my head so much, I’d be disappointed. On the contrary, it far exceeded my expectations and instantly became my favourite bar in the world. I’d never seen, and have yet to see another, entirely faultless venue.

Prior to Dead Rabbit I had never thought of bars from that perspective – that perfection was most evident as a lack of problems. Last time I was at Dead Rabbit I arrived at 6pm with the intention of leaving for dinner at 8pm, and wound up staying ’til midnight drinking Guinness and exchanging stories. I made sure not to drink too much because I didn’t want to forget anything. I learnt way more that night than I have from any technical training or tasting.

I’ve always been more interested in the human aspect of brands and bartenders. Tomas Estes and I came to the agreement that with the growth of the bar industry, we both felt that some of the soul had been lost from the heart of it, and that’s how our discussion began.

Tomas is a natural story teller. He possesses the same gift that Sean and Jack have, of being able to answer and ask in equal measure. At an undisclosed age, and at the top of his game, he still has an unequivocal, unashamed eagerness to learn, which puts most of us to shame. 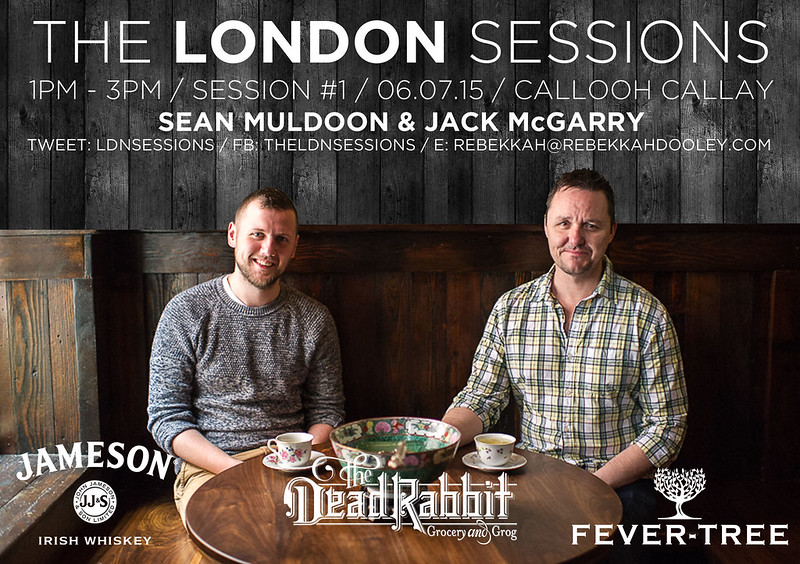 There is a problem with the bar industry at the moment that stems from one of the many things that makes it great – it’s growth. Asking questions can be hard because it means admitting that you don’t know something, which has left us with a bit of a cocky, ego driven culture that isn’t conducive to producing great bartenders, or great hosts. We’ve got young aspiring bartenders looking up to people like Erik Lorincz which is wonderful, but he worked hard to get where he is, and not many people know that he arrived in London with very little English and worked as a glass collector, amongst other things, before getting to the point he’s at now. You can’t jump from A to Z without learning a whole lot in the middle.

With the London Sessions, we want to create a stage for people to share their stories in an intimate space with an engaged audience who aren’t afraid to ask questions and are eager to learn from their peers. We’re looking to restore the importance of people to this industry, and reinstall the forgotten art of hospitality to the forefront of bartending.

And that’s basically how The London Sessions were born; with a lengthy, inspired conversation over beers, tequila and fajitas at Café Pacifico, which is a tradition of ours. It grew, in some exciting ways and some boring logistical ways, from there.

Messaging people and asking to get them to be involved was both daunting and exciting, and fortunately very rewarding, as (bar one) they all said yes. Being able to do this without any money makes it more of a collective than a company; everyone involved – myself, Gareth, Simon, Elliot and the speakers is giving their time for free. The venues are donating their bars and staff, and we have brands helping with stock and costs. The London Sessions will never be a money making exercise which means we’ll only ever do stuff because we think it’s cool – not because it’s profitable.

When Sean was bartending in 90s Belfast, the violence was so rife that the bars had locked doors, metal grills, a camera and an intercom so that bartenders could decide who was allowed to enter. As a teen in California, Tomas and his friend Dick would ride his motorbike to a nearby bar and stockpile happy hour $1 jugs of beer before riding, a little bumpily, back home. One of our speakers was brought up in 1950s London, in his parent’s pub. All of these people regularly hold trainings, but rarely do they get to discuss the things that made them… Well, them, and that’s what The London Sessions are basically all about.” 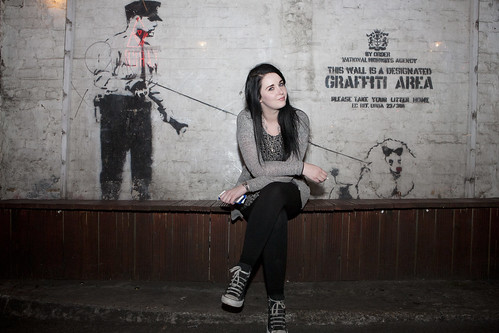 The first in The London Sessions series kicks off in fine style on 6th July at Callooh Callay with Sean Muldoon and Jack McGarry from The Dead Rabbit, in association with Jameson and Fever-Tree. Book your places pronto!