Contrary to popular belief, there’s more to Jägermeister than student parties and those infernal bombs. A whole lot more in fact. For one thing, the company prefer to distance itself from ‘that’ way of drinking its distinctive herbal liqueur – and who can blame it? When each batch takes a year to make, undergoing 383 quality checks along the way, wouldn’t you want people to take time to appreciate its contents?

Most people will be familiar with the dark green, flask-like bottle even if they haven’t tasted the liquid inside. Short, squat, vaguely medicinal looking and cleverly designed to fit snugly in the palm of  (biggish) hands, it sure stands out in a crowd. See that stag’s head that sits proudly on the label? That’s a reference to Saint Hubertus, Patron Saint of Hunters who reputedly turned to Christianity after seeing a gleaming cross between a stag’s antlers. 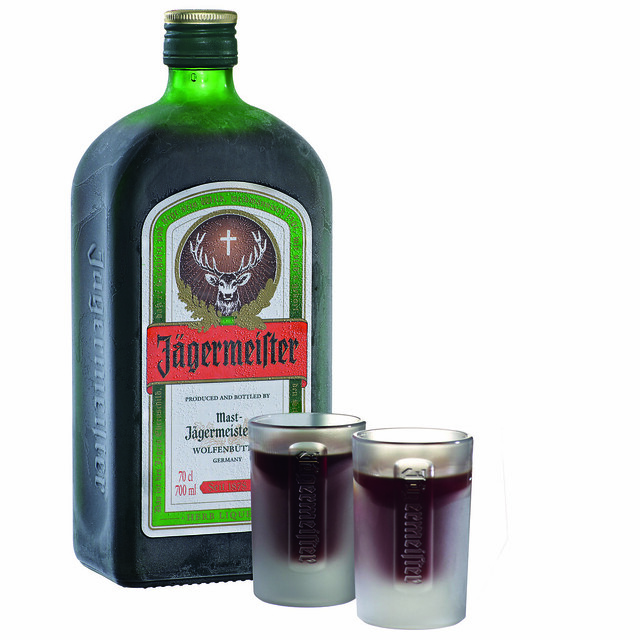 Enough of the folklore and on to the taste… For the uninitiated, forget any preconceptions you may have with the modern day bomb brigade and think that you’re sipping into a piece of German history instead. Jägermeister’s roots actually date back to 1878 when Wilhelm Mast founded his wine-vinegar business in Wolfenbüttel in Lower Saxony. Mind you, it wasn’t until 1934 that his son Curt Mast conjured up the recipe for this rich, warming, spicy concoction dedicated to hunters and their honourable traditions. For those of you who don’t sprechen the Deutsch, Jägermeister actually translates to hunt master and was initially served to German hunters as a toast before and after the hunt. Not that anyone else couldn’t partake in a tipple mind, indeed it was a popular digestif enjoyed at the end of a meal.

Talk about complex, no less than 56 separate components go into what has gone on to become Germany’s most famous spirit. They include ingredients that make themselves apparent from the first tasting – we’re talking bold, unique flavours like liquorice, star anise, hints of cinnamon and a kick of ginger. There’s citrus too, together with crisp herby/menthol notes. That just leaves another 50 or so herbs, fruit peels, flowers, roots and spices dancing around for your tastebuds and your mind to play with. And play with your mind they will – like most drinks of the bitter variety, the recipe is top secret and has remained unchanged since its inception. If you have a taste for adventure, there’s Jägermeister Spice with the same complexity as the original with the vanilla and cinnamon dialled up for extra smoothness. 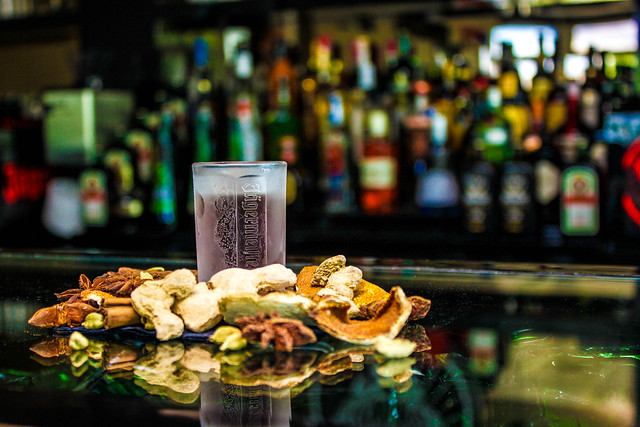 So how should you be drinking it? Good question. At its simplest, try Spice at room temperature and the original version ice cold. Just place a bottle in the freezer and while you’re at it, pop some shot glasses in there too. When you’re ready, pour and serve – job done. Or you could tease out that secret blend of ingredients by trying the original version lengthened in a Root56 – that’s Jägermeister served over plenty of ice, topped with ginger beer and a wedge of lime. Obviously bartenders have their own clever ideas.

Remember Hubertus from before? His name is honoured in the Hubertus Circle, an exclusive club set up by Jägermeister for specially invited bartenders. Join them as they, along with Jägermeister UK Brand Ambassador Florian Beuren, showcase some neat new serves and funky themes over the next few days when the Jäger bus comes rolling in to town. Find them in a venue near you, see below for details. 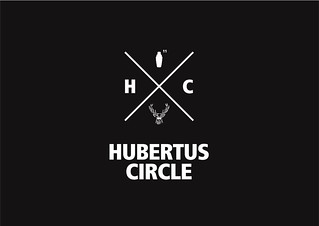