Let’s get one thing straight. The Chivas Masters may be referred to as a cocktail competition but this description falls well short of what it really is and, more importantly, what it does. We’ve been privileged to be involved in The Chivas Masters since it began in 2014, both judging it and chronicling the journey. As such we can vouch for the fact that it really does change lives. The bartenders who come out on top in their respective national finals and head to the global final will enjoy an experience that enriches them, their craft and their future careers. We’ve seen it at the global final in New York and again in Shanghai. Small wonder then that the all-round skills of the eight bartenders who lined up for the UK Final last week were seriously put to the test.

At 9.00 on a chilly morning in East London, one by one the bartenders arrived. There were the obligatory high-fives, handshakes and hugs, but behind the smiles the nerves were obvious. The day ahead promised to be a long one. As well as recreating the three drinks that had earned them their places in the final, they were in for a masterclass, advice from previous winners and a final round in front of a specially invited audience. No pressure then.

Chivas Global Brand Ambassador, Max Warner, welcomed them and set the tone. “The winner today will be joining other national winners from around the world in Tokyo. Here they will learn about a completely different way of looking at the bartending craft. That’s why, today, I’ll be particularly looking for the four ‘P’s, the things I believe represent that craft; process, pristine, politeness and precision.”

The Art of Blending

Blending the iconic Chivas 12 is the responsibility of Master Blender Colin Scott. He brings a lifetime of experience to it, but our bartenders got to try their hands at The Art of Blending, a workshop specially devised by Chivas to give a flavour of his expertise. Under the watchful eye of UK Chivas Brand Ambassador, Phil Huckle, they were guided through the subtle craft of blending. While Colin works with over 30 different whiskies, the task was made a little simpler as they went to work with a single 12 year old grain whisky along with four single malts.

Having been instructed in their task they were left to their own devices for half an hour. There were some good efforts at the end of the session but none of the bartenders is planning on a new career just yet. Phil declared the best to be the work of Alex Godfrey, closely followed by Rhys Wilson. Good work but, unfortunately for them, winning was just a bit of fun and was to have no bearing on the day’s outcome.

So, on to the first real challenge.

This drink was all about twisting a classic cocktail which has its roots in New York. After all it was in this city back in 1909 that Chivas Regal launched the world’s first luxury whisky. A nod to its Scottish roots would be appreciated too.

Needless to say all eight bartenders delivered, including a variation on the modern classic the Cosmopolitan from Rhys Wilson, inspiration taken from Central Park from Benji Davies and a very easy drinking punch from Jake O’Brien Murphy.

Round one over it was time for a little breathing space and a chance to learn what winning could mean. Step forward Josh Reynolds and Chelsie Bailey.

Josh took the UK title in 2015, before going on to global glory in New York. Chelsie claimed the Chivas Master UK title last year and in Shanghai placed in the top three. So these two really know what winning is all about.

Both shared their journies and insights. They also shared invaluable advice.

“When you compete in the Chivas Masters there are three key things to remember,” said Chelsie. “Be as prepared as possible, think on your feet. And enjoy it!”

As for Josh he added “The Chivas Masters is not just about making cocktails, it’s about every single thing that makes a great bartender.”

With the second challenge the bartenders were once again recreating the drinks from their regional heats. This time making a cocktail that drew inspiration from Japan and its capital city, soon to be hosting the Chivas Masters Global final – the first time a major global cocktail competition has held its final in the city.

This is where flavour went to another level with exotic ingredients. Jon Hughes included pickled ginger to good effect, while David Sanka McLean used rice wine vinegar, Darren Flanagan devised a mugwort syrup and Daniel Bovey made a yuzu syrup. But this wasn’t just about being clever, the resulting drinks were well balanced, showcased the Chvas 12 extremely well and were downright delicious.

Time to shine and time to share the Local Way

The evening was when the doors were thrown open and guests arrived. Supporters, friends and industry experts were on hand to witness this final round. Better still they got to sample the bartenders drinks which had been pre-batched by them a few hours earlier.

While the bartenders may have felt, and occasionally shown, a few nerves during the day, when they stepped on to the stage to present their drinks they were truly in their element. Mixing a drink and working a crowd, that’s what bartenders do right? Making this drink also allowed them to share a little more of themselves, taking inspiration from their local surroundings and capturing it in a glass.

Alex Godfrey took a term of endearment from Bristol “my beetroot” (meaning”my dear”, who knew?) and adding it as a literal ingredient. Jake foraged local London ingredients. And Rhys celebrated commuters on the London Underground who nod their heads to the music coming from their head phones with “Silent Disco”.

There can only be one winner

It was, the judges agreed, the best Chivas Masters UK Final so far. Great drinks, fantastic presentations and spectacular drinks. Moreover every bartender brought something unique to the final.

The title of Chivas Master UK 2017 though went to Rhys Wilson of Happiness Forgets. Having come close in last year’s final he came back even better. The judges were impressed by both his character and drinks, the fact that he had clearly learnt from feedback in the intervening year and that he simply had a little something extra. So Rhys, grab your passport and get ready for Tokyo.

The UK final was tough, but it’s just a taste of what’s in store for the international bartenders who will be gathering for The Chivas Masters Global Final in Toyko. One thing’s for sure, their lives will never be the same again. And we’ll be there to share the remarkable journey with you.

Watch highlights from the final 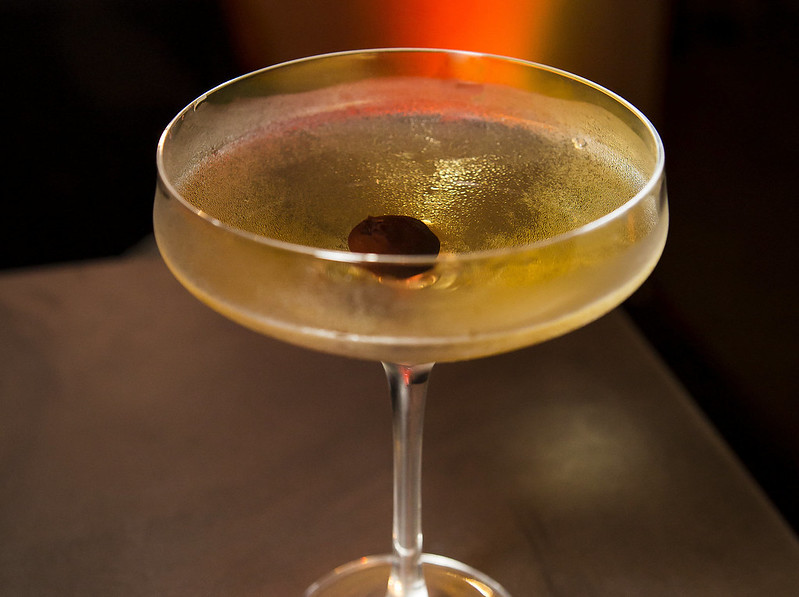