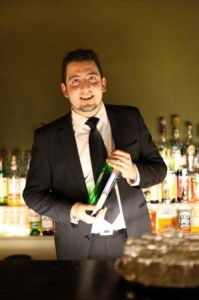 The lowdown on Kashi

Before stepping behind  the bar at 1812 in Bournemouth, Kashi spent time mixing up top notch cocktails at Pintxo People and Seattle Hotel in Brighton.

As a kid I saw a flair bartender and it really intrigued me. But after working in bars for a while I got introduced to proper cocktails and thought they were a lot more interesting so I started to focus on that instead and gave up flairing.

Meeting new people; making sure the customers have a great evening from the moment they enter our venue to the time they leave; meeting other bartenders and exchanging stories and ideas; playing with new spirits and being creative and creating new drinks.

I admire all bartenders out there. You can always learn something new from everybody. All types of bars are different and everybody works differently. You can pick up knowledge from some, ideas from others and tips and tricks from anybody.

If you could mix a drink for anyone alive or dead who would it be and why?

I guess that would be James Bond. Making him a stirred gin martini and showing him what it should really taste like.

What’s your favourite classic cocktail and why?

My two favourite classics are Manhattans and Daiquiris. Both drinks have minimal ingredients and were created a long time ago but still stand the test of time. Both are very subtle but incredibly tasty.

What’s the most unusual request you’ve had at the bar?

I once got asked to make a non-alcoholic Dry Martini, so I gave the customer a glass of water in a cocktail glass!

Winning my first competition was quite amazing. The fact something I created is worthy of winning something is an honour. Also it proved to me that I was improving as a bartender.

We had to create two different drinks for the first round of the regional finals, one using Tanqueray No. TEN and the other with Ketel One. I did two different twists on the Martinez using both spirits. The Martinez is another great classic that is coming back more and more.

Do you have any funny/embarrassing anecdotes from the rounds leading up to the World Class UK finals?

Actually in the first round of the finals while shaking one of my drinks the shaker split and the drink went all over me and Simon Difford, one of the judges. It was a new type of shaker that I had not used before. How I made it to the second round I don’t know, but I’m glad I did.

Have you picked up any good tips from the competition? If so, what are they?

Always listen to the feedback from the judges; be open to ideas from the other contestants and most importantly, be sure to hold both sides of the shaker tightly and don’t try new stuff for the first time during a competition!

Obviously it means a lot. This is something I always wanted to do and winning competitions is a great way to advertise yourself. Winning competitions can open many doors in the future and the chance to compete in the UK Finals is amazing – to be up with some of the best bartenders in the country.

To win something that big would just be absolutely awesome. To be recognised as a World Class bartender has been my ambition from the start. Starting out in a small pub many years ago and to be at this stage now just feels incredible.

Who would you thank in your World Class acceptance speech and why?

I haven’t really thought that far ahead yet. But definitely all the bartenders I have worked with so far. I’ve learned so much from all of them. And also my fiancée for putting up with me working every weekend and being away so much.

Tough one but maybe a Cosmo, so only girls would drink me!

The cocktail that got him through: 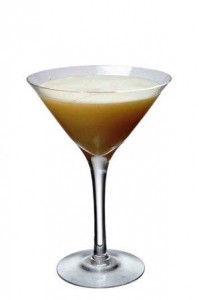 A twist on the classic Martinez modified with the base of a sour changing the Maraschino liqueur to sugar syrup as it was an overpowering flavour in the drink.