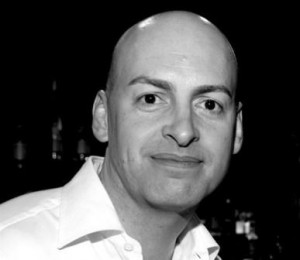 If you’re setting out to find the best bartenders in the world, you need to have the best judges to put them through their paces. That’s why Simon Difford and Andy Pearson have been involved in World Class UK right from the start. 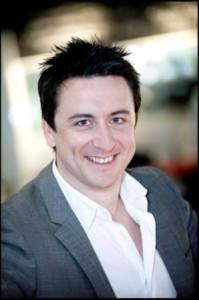 The job begins before meeting the barmen. Well, Simon’s does anyway. He’s the one who tests all of the submitted recipes, recreating them in his swanky loft and whittling down the hundreds of entries to the six best from the four regions. Then it’s ‘hello’ Southern England, Scotland, Northern England and London as the pair travel up and down the country to choose the winners in the three categories (White Spirits, Tequila and Ron Zapaca rum).

“The UK heats are serious stuff,” says Simon ahead of Tuesday’s Final. “The pressure is on as every barmen wants to represent their country on the global stage. There’s no other competition quite like it.”

AP: Getting to see and spend all day with bartenders from all over the country, it’s a real privilege.

SD: The fact that it is a truly national competition. Most competitions tend to be London-centric but this one gives people from the four regions a fair chance.

SD: Probably the way we’ve decided to it. We’ve gone for a transparent scoring system, so we purposely sit apart and don’t compare notes. It puts more pressure on us but it’s more useful for the bartenders as we can be more open and honest with our feedback.

AP: Telling people they haven’t won. We see these amazing presentations and taste some wonderful drinks but at the end of the day we can only put 12 finalists through [the other three are Wild Card entries, voted in by the public]. Some of the guys have been at the semi-final stage two or three times and still don’t make it and that’s really hard because we know what they’re going through. But we try to give as much feedback as possible and invite the guys to ask questions at the end.

Do you think we can keep the World Class crown in the UK this year?

AP: I seriously hope so. There’s definitely enough quality amongst the finalists – it’s going to be a very close competition.

SD: We stand a very good chance. It’s always interesting seeing the difference in the East vs. West style of bartending. It’s hard to fault the East on slickness and discipline but when it comes to sheer creativity, we always do pretty well.

You’ve both mixed your fair share of drinks, which do you prefer, being judged or being a judge and which is harder?

SD: It’s easy to be critical but it’s really hard competing at this level. If I was entering a competition like this now I’d absolutely bomb!

AP: I definitely prefer competing, it keeps you on your toes. It’s great taking part as you don’t get to see your peers very often and everyone tends to take the day off and hang out after the competition. But I hope my experience from being in competitions is useful as a judge because I can identify with those taking part.

Is there an X-Factor involved in finding the World Class bartender and if so, can you describe it?

AP: Yes. Personality is really important – a good bartender is more than someone who makes good drinks, he/she should be about continuity, presentation, history and research – much like a sommelier. Mind you, there’s a real danger of egos getting in the way of the bartending.

SD: There definitely is. Personality is key – it’s not just about the presentation, the way a barman prepares the drink is equally important. Erik is the perfect example of a World Class barman – he wasn’t lucky, his winning was about sheer skill and all-round hard work.

What tips would you give to this year’s finalists?

AP: Preparation. Do your homework on the brands, practice your drinks but go in and enjoy yourself.

Keep up to date with the latest from the World Class UK Finals with The Cocktail Lovers on Twitter, Facebook, Bloglovin’ and of course by checking back every day for our latest posts.