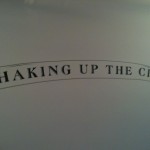 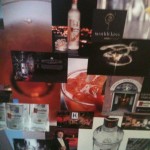 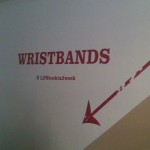 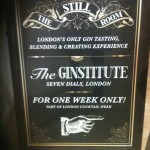 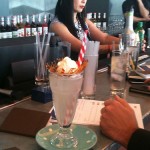 Bye, bye London Cocktail Week 2012, boy did you show us a fabulous time.

We can’t believe that one week ago we’d already learned about the joys of Benedictine, mooched our way around the Whisky Show at Vinopolis, sampled some a-m-a-z-i-n-g five-star cocktails at the launch of the stunning Crafted For The Senses book launch at Benares and helped out at the Ketel One hub. We’d also dusted down our glad rags for the London Cocktail Week Official Launch party. We’re not being rude by saying this but ordinarily, the Seven Dials Club isn’t what you’d call a looker but with pop-up bars from The American Bar at The Savoy, Beard To Tail, Trailer Happiness and the London Cocktail Club, it was the perfect place to kick off the week’s activities in style. Thanks to an after-party at the London Cocktail Club immediately after, we kept a fairly low profile on Tuesday but come Wednesday, we were ready to play. Again. Suzy Wong from Epernay in Manchester with her winning Monin cocktail

First stop, the Monin 2012 UK Cocktail Cup Final. You could smell the tension as the 16 finalists – 10 under 27, six 27+ – battled it out to represent the UK at the final in the Monin International Cocktail Cup Final in December. Every premium syrup in the range made an appearance in the non-alcoholic and alcoholic drinks profferred by each contestant, ranging from Bubblegum to Butterscotch, Ginger to Orgeat and quite a few flavours in between. Our highlight, apart from the drinks themselves, was Andy Mil of London Cocktail Club heating up his ‘porter’ style drink with his wife’s £150 curling tongs. (Don’t worry, health and safety regulations were adhered to as he had the foresight to bind them with foil.) He didn’t win though. William Humphrey from Hausbar in Bristol took first place in the under 27 category and Suzy Wong from Epernay in Manchester beat off the competition in the over 27s camp. Both will be going to Paris for the final in two months time. Next, it was time to divide and conquer. Ms S went for some Angostura aromatic bitters action at Salvatore’s Masterclass with The Maestro, Salvatore Calabrese at The Playboy Club. He mesmerised the audience with a talk about his long and illustrious career then later got everyone around the bar as he mixed up a few of his signature cocktails. Mr G went east to Rivington Bar & Grill for Tanqueray No. TEN G&Teatime hosted by the fabulous Jill Saunders. We did meet up again at Nightjar for A Certain Little Nightjar is Sitting on a Zacapa Secret, a delightful tasting of the five exquisite rums in the Zacapa portfolio, each paired with a tasty dish (top tip: Zacapa and squid – who knew?). Then it was off to The World’s 50 Best Bars Ceremony, which we’d given our tuppence worth on our fave drinking spots both here and abroad. Cue much celebration for London bars and a special mention for The Artesian crew who took top the top prize and Tony Conigliaro, the only person in THE WORLD with two entries in the Top 15. See the full list of the top 50 bars here. Ingredients for the world’s most expensive cocktail Then it was Thursday. Blimey, whoever said time flies when you’re having fun certainly knew what they were talking about. Time for another split; Mr G went along to see Salvatore Calabrese mix up the world’s most expensive cocktail (£5,500 worth if you please.) Ms S couldn’t resist the call of the UK Final of the Angostura Aromatic Bitters Global Cocktail Challenge. With $10,000 and an all-expenses paid trip to Trinidad and Tobago up for grabs, the competition was always going to be high. Jamie Stephenson secured his flight and a place at the world famous carnival for the second time (he was crowned Global Champion a few years ago) with his two outstanding drinks The Rutherford and Hanuman. Jamie Stephenson is on his way to Trinidad with Angostura. Again. Special ingredients for a very special White Lady at The Savoy Gaz Regan behind the bar at The Savoy Museum

We then combined forces at The Savoy for Dale DeGroff’s On the Town, a heartwarming, truly inspiring, very intimate affair where the ever-charming Mr DeGroff strummed along on the guitar, sang a few songs and shared lots of anecdotes about the fascinating world of cocktails. We then dashed off to Natalie Galustian Rare Books for the preview of Tony Conigliaro’s Drink. The tiny basement room was absolutely heaving with friends, family, press and fans, all eager to hear TC talk about the eagerly anticipated book and sample one of his cleverly crafted drinks (top tip no. 2: add this book to your wish list to Santa, it really is a thing of skill and beauty). We then headed back to The Savoy, first for a cheeky Martini in The American Bar followed by an audience with Dale DeGroff, Gaz Regan, Peter Dorelli, Victor Gower and Erik Lorincz making up cocktails with vintage spirits behind the bar in the Savoy Museum.

Friday should have been The Three Martini Lunch at the Ginstitute Seven Dials but that’s a whole other story. Instead, we saved ourselves for The Cottons Rum Club presented by Angostura, the official launch party for the RumFest activities that would take centre stage for the next two days. Rum = fun. Or at least that’s what we discovered on Saturday at RumFest. It seemed like everyone was out for a good time, sipping on old favourites, discovering a few newcomers and soaking up the party atmosphere. Somehow we managed to find time to get to the first part of the Drink Deck Bar Tour before heading off to the Golden Barrel Awards set up to big-up the leading lights in the rum industry. A touch of French magic with Grand Marnier

We kept it very low key on Sunday, opting for Le Grand Brunch at Mayor of Scaredy Cat Town. If ever a Bloody Mary  was needed to ward off the proverbial hair of the dog, this was it. And jolly good it was too – particularly with the secret weapon of a nice tot of Grand Marnier adding a delicious twist to the usual tomato juice and vodka combo.

London Cocktail Week, you’ve been real. Now for a week of detoxing to make up for it…