So we’re off and running with the UK leg of The Chivas Masters, the first competition from iconic whisky brand Chivas. And trust us, it’s a cracker. If you don’t know the deal, here’s how it works:

After six regional heats taking place in Bristol, Oxford, Manchester, Edinburgh and two in London we’ll know which bartenders will be competing in the UK Final in London on 3rd June. Not only will the winner have earned themselves the prestigious title of The Chivas Masters finalist in the UK leg of the competition but they will have reserved a much coveted place for themselves in the two-day Global Final in New York.

From there they will be heading straight to Tales of the Cocktail in New Orleans where the overall winner will be announced ahead of collaborating with a craftsperson to create a bespoke item for the bar tending community. That’s some journey. But even the longest journey has to start with a single step and that first step was made in the Bristol heat…

It’s never easy going first but the Bristol bar tending massive did themselves proud as they showed off their credentials by creating the four requisite Chivas cocktails showcasing the brand’s presence in cocktail-making history, taking in  The Classic Age, The Post-War Boom, The Disco Years and The Age of Revivalism. We experienced flaming cocktails, family stories and cocktails with jazz and disco soundtracks. But who will be  the first person to secure a spot  in that all important London final?

All of the bartenders had clearly done their homework and they each had their stories to tell. More importantly they had taken a lot of inspiration from the star of the show, Chivas Regal.

First up was Tom Pople from the Sub 13 bar in Bath, clearly a man who likes his puns. Hence drinks like the Scotsmo, his Chivas take on a Cosmo for the Disco Years, and the snappily titled April Sours for his Age of Revivalism entry. But it wasn’t just all about names. For The Classic Age he had created his own tomato consommé as an essential ingredient in his Blood Mary Queen of Scots cocktail. While that Scotsmo featured a display of pyrotechnics with flamed Angostura aromatic bitters seasoning the glass.

Jolene Cadwell from Papaji’s in Bristol donned a false moustache and a gent’s flat cap to serve her drinks as an old-school barman whilst  entertaining the judges with the family stories which had served as her drinks’ inspiration. Her father’s nautical illusions were behind Chivas M’Timbers, the Tiki-style drink she created for The Post-War Boom category while her Disco Years drink, John, James and Adam, made with her brothers in mind, was topped with Vimto and served with a side order of Vimto sweets.

Emilio Di Salvo of Red Light brought each of his drinks to life in the four eras in question with theatre in the shape of a quick change of clothes and a different soundtrack for each serve. As for the drinks themselves, these included a clever cross between a Mai Tai and a Whisky Sour in the shape of his Half Way Sour for The Post-War Boom, along a bottle aged Red Light Rob Roy to represent the Age of Revivalism.

The winner and the judges reactions

There was much deliberation. And it was close, very close, but just edging it was Jolene Cadwell from Papaji’s, Bristol. As judge Phil Huckle, Brand Ambassador for Pernod Ricard UK Prestige commented: “All three contestants showed an excellent understanding of the different cocktail eras and had certainly done their research. Jolene had a very engaging quirky personality and I really liked how she weaved in some personal history into the stories and inspiration for her drinks. She certainly deserves her place on the big stage in London”.  For our money we also liked the way she had an entertaining and compelling story for each of her serves, putting them all across with a lot of charm. 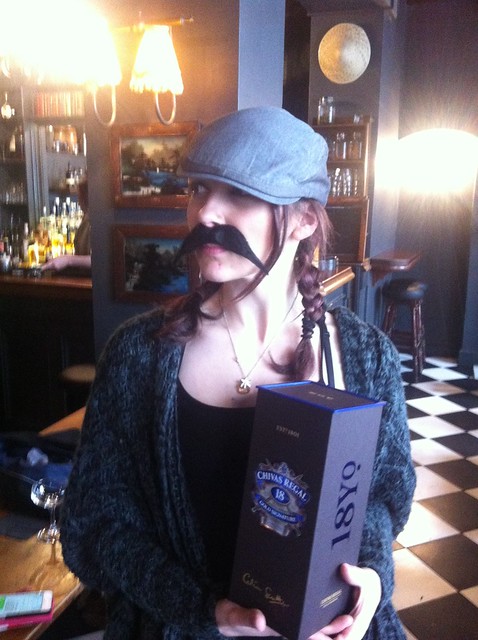 A word from the winner

“I’m really excited to be in the UK final of The Chivas Masters. Having four drinks for four eras makes the competition really interesting and with amazing prizes for the winner, I can’t wait to see what everyone brings to the final.” 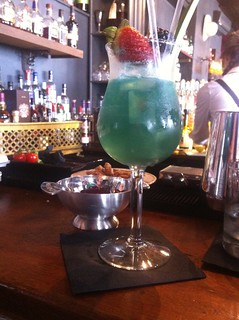 Jo will be competing in the Chivas Masters UK Final on 3rd June. Next stop for the heats: Oxford.

Follow all the action from The Chivas Masters here and via Twitter and Facebook. #ChivasMasters
Papaji’s papajis.co.uk
Red Light redlightbristol.xxx
Sub13 sub13.net
The Milk Thistle milkthistlebristol.com