Next stop for The Chivas Masters was Oxford. It might be known as the city of dreaming spires but for our competing bartenders it was all about dreaming of a place in the London final on the 3rd June.

But first they had to stake their claim on the top spot with their individual interpretations of cocktails from four classic cocktail periods in the illustrious history of Chivas.

As well as a local competitor from Oxford, the bartenders arrived from Bournemouth, Beaconsfield and Winchester ready to show off their four unique Chivas cocktails, one each from following eras: The Classic Age, The Post-War Boom, The  Disco Years and The Age of Revivalism.

We were in for recipes calling for Scottish oats, drinks served in car wax bottles and gentlemen’s snuff as a garnish. 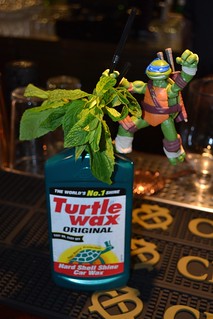 Matt Hastings from The Treehouse in Beaconsfield kicked things off nicely. As well as some aptly judged drinks Matt clearly had an eye for a very visual serve. His drink for the Post-War Years, Agu Trot, was served in a Turtle Wax bottle, while Sponge Bob Roy for the Disco Years came complete  with its very own disco lights.

Josh Tyler from Hotel Du Vin in Winchester was next. Contrasting with the rest of the competitors Josh stripped things right back with no fancy serves, going instead for classic glassware but catching the eye with a very blue drink for, what else – The Disco Years – with his Rob Roy. 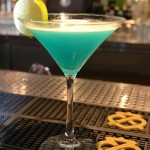 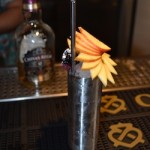 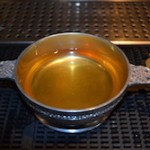 Local contender Ruairidh Muir from Raouls in Oxford produced some beautiful drinks cleverly highlighting the ingredients with their serves. For the Royal Wobbler in The Classic Age the wine element was  nicely emphasised by the drink being presented in a large wine measure. While for The Age of Revivalism his Quaker Oatso Simple combined Chivas 12 Year Old with a homemade oats and rhubarb water combo. The presentation? A silver quaich traditionally used in Scotland for serving straight Scotch. 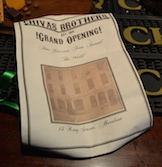 Rounding things up was Franco Burnell from The Library in Bournemouth. Here was a good example of someone tying in all of the elements of the competition nicely together as he deftly worked in his knowledge about Chivas and the periods of his cocktails. As for his drinks, each was balanced to perfection, were quirky enough to stand out and were visually very appealing. For example his Royal Origin Flips for The Classic Age came paired with dark chocolate along with a reproduction of an advertisement promoting the grand opening of the original Chivas Brothers shop in 1801, and to conclude, his final drink A Gentleman Revived for The Age of Revivalism was accompanied with a scoop of foam of absinthe air and dehydrated mint “snuff” (see top of the page).

The winner and the judges reactions

The standard of creativity in Oxford was very high but it was Franco Burnell from The Library who nailed it. He stood out as he delivered the complete package: not only demonstrating  good product knowledge and giving a valuable insight into the four periods of his drinks, but also working on the visual appeal of his serves and of course, producing four great tasting Chivas cocktails. 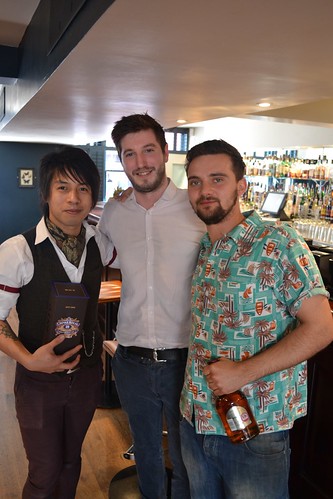 A word from the winner

“As far as being in the final goes, I have to say it’s an exciting challenge and opportunity,” he said after the announcement was made. “I’m very pleased to be involved at this level of competition and to have my drinks and bar brought to the attention of people outside of Bournemouth. Covering four different eras of cocktail history is like taking a history test back in school, just with a more fun approach to research and revision!” 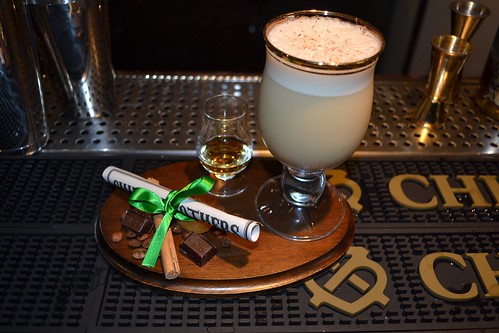 The Disco Years:
Nailed On The Dancefloor

The Age of Revivalism:
A Gentleman, Revived

Franco will be competing in the Chivas Masters UK Final on 3rd June.
Next stop for the heats: London.
Follow all the action from The Chivas Masters here and via Twitter and Facebook. #ChivasMasters
Hotel Du Vin hotelduvin.com
The Treehouse treehousebeaconsfield.com
The Library at the Larder House thelarderhouse.co.uk
Raouls raoulsbar.com Duke of Cambridge dukebar.com