When is a job not a job? For us it’s when we get to cover events like the Bacardi Legacy Global Cocktail Competition. 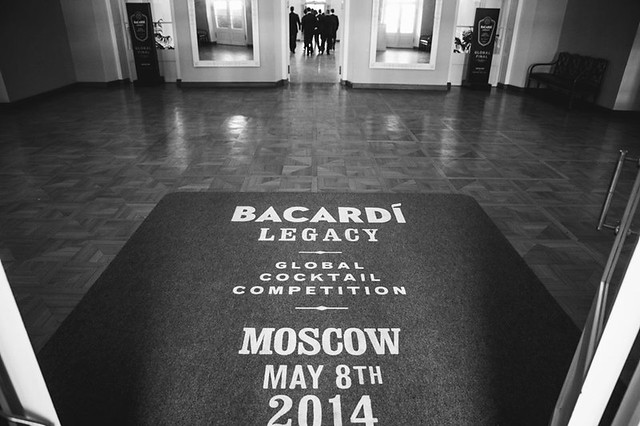 What’s not to like about four glorious days spent in Moscow packing in palaces and parades, cool bars and a bevy of brilliant bartenders, sun-soaked parties and Pina Coladas dispensed from Slushy machines ? It’s a no-brainer why we’re not missing the nine-to-five.

But it isn’t just about the superficial stuff. There’s the dedication, passion and all the hard work that goes into global competitions like this too. From the brand teams working tirelessly behind the scenes through to the competitors who devote up to 18 months marketing their Legacy cocktails, it’s a unique competition that rewards those taking part – on whatever level – by welcoming them into the fold of the legendary Bacardi family. 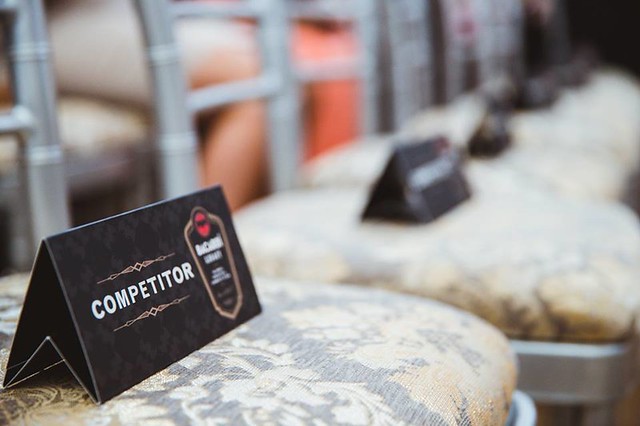 Anyone who enters this annual competition certainly has their
work cut out. On paper it looks simple enough: make one
cocktail, plus a Daiquiri in the initial stages. Any bartender worth their bow tie and braces can do that right? But those stipulations are just the beginning. The aim is to create a Legacy; not the usual all-singing, all-dancing competition entries that look great in pictures but can’t be replicated in a normal bar but a drink that will be regarded as a true classic in years to come. 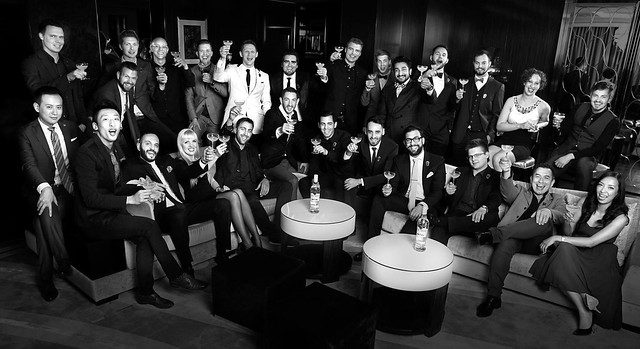 Having secured their tickets to Moscow the 27 contestants had already proved their worth: determination? Tick. Clocking up mucho Frequent Flier points by having their drinks listed in bars around the world? Tick. Presenting a viable marketing plan to show how they would go about creating a buzz for their Legacy cocktail. Tick. They might make it look glamorous but like we said, this ain’t a comp for slackers.

So by the time they’d reached Moscow on the Sunday, a few
days ahead of the invited guests, they’d already done most of the hard work, it was just a case of holding it together, presenting
their cocktail cleanly and calmly in seven minutes or less and continuing to believe in their dream. 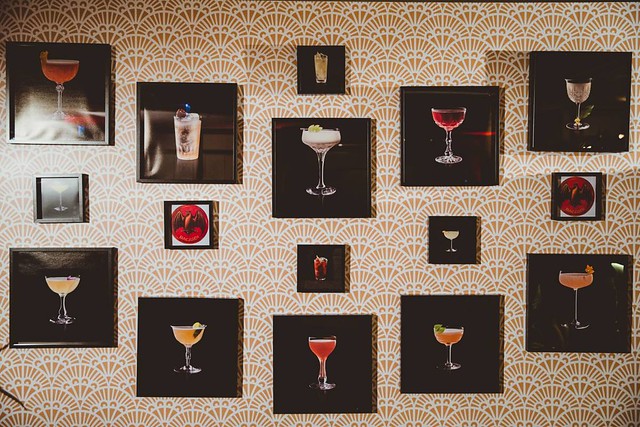 A selection of the semi-finalists drinks

Which is easier than it sounds when you’re presenting in front of a room full of fellow bartenders, brand ambassadors and journos. And we won’t even go there about the added pressure of addressing the distinguished judging panel made up of  Jacob Briars, Jeff ‘Beachbum’ Jerry, Mark Bonneton and Shingo Gokhan – trust us, their finely tuned palates and razor sharp vision wouldn’t miss a trick.

But if the competitors were nervous, they didn’t let it show, everyone had clearly smuggled their A game through customs starting with Tom Walker from The American Bar at The Savoy in London who got the proceedings underway in the Ballroom at the Intercontinental hotel in fine style, right through to Robert Kalvans from Cheers bar in Latvia who wrapped the whole thing up. 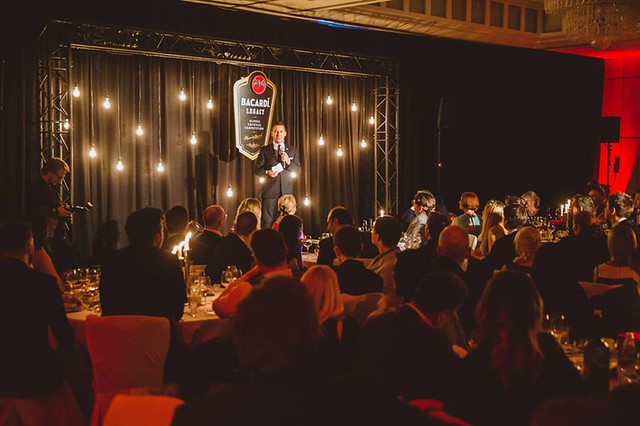 We had to wait until after a Golden Age of Cocktails-themed dinner (very swish thank you), again at the Intercontinental before the announcements were made. The final eight in order of announcements being made: 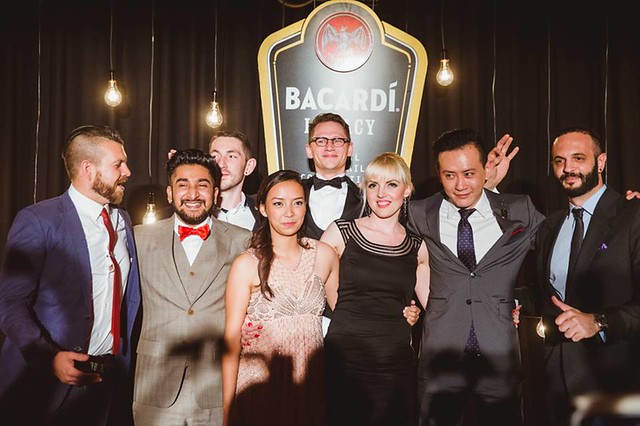 Cut to the finals…

We were rapt as the eight finalists worked their magic with
Bacardi Superior creating the drink that had become more than a mere cocktail – by now it was a very important part of their lives. 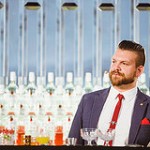 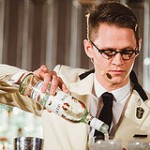 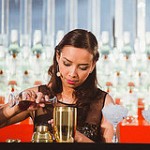 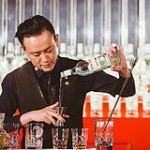 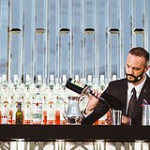 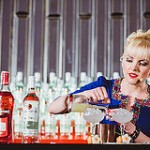 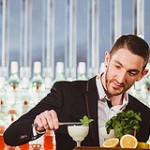 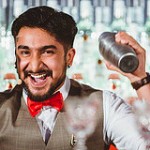 In the lavish setting of the Petrovsky Palace they told their personal stories entwining them with the history of the brand and video footage specially filmed for the competition as their Legacy cocktails were judged for one last time: let’s hear it for Elizaveta Evdokimova, Ian Burrell, Joerg Meyer and José Sánchez Gavito who were tasked with the difficult job of whittling down the eight to one.

Sometimes it seems almost cruel to pick out one winner in a cocktail competition. How can you single out one person when in truth everyone had put on the performance of their lives? And as cliched as it sounds, it really was close – so close in fact, that there were only a matter of a couple of points between the top three, Fred Siggins, Carson Xie and Tom Walker who were called on stage before the final announcement was made. Then it came, the two letters Tom’s supporters were hoping they would hear: “U” swiftly followed by “K” – Tom had done it, his Maid in Cuba will be the next cocktail which has the honour of being recorded in the Bacardi company archives for generations to come.

Congratulations to Tom and also to the other 26 competitors, you all did the industry proud. 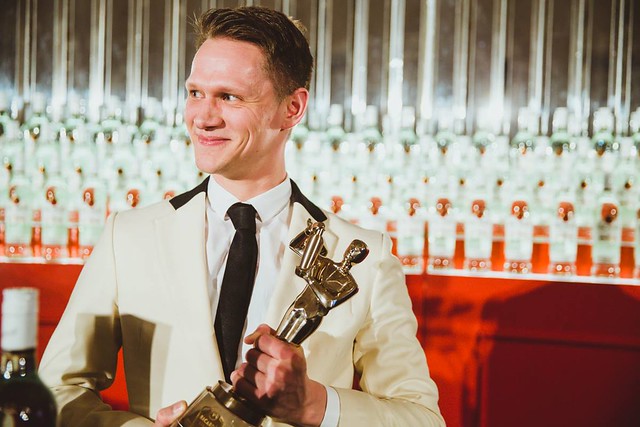 number of guests arriving in Moscow on Sunday 4th May

maximum number of ingredients to be used in the Legacy cocktail

number of guests at the Global Final on Thursday 8th May

years when Petrovsky Palace, the venue for the Global Final was built

winner: Mr Tom Walker from The American Bar at The Savoy hotel, London 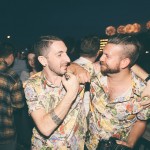 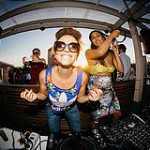 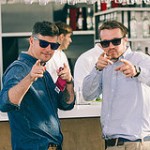 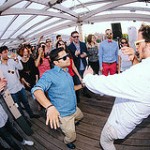 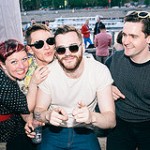 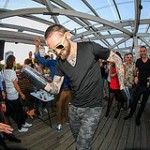 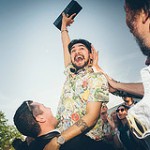 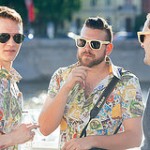 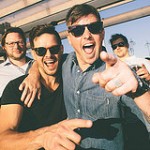 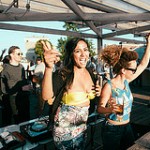 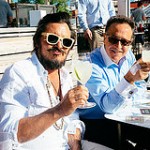 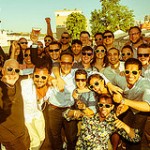 The day after the night before, celebration party at Strelka Images courtesy of Bacardi Russia, for more see the Facebook page.