We’ve seen some pretty impressive drinks menus over the years but none come close to the new one launching
today at The Beaufort Bar.

We’re talking about a bar in the five-star opulence of The Savoy hotel here so of course, quality is a given. That said, this isn’t your usual drinks list presented in a fancy embossed leather cover. This is something special; it’s one man’s quest to elevate the Beaufort from being ‘the other’ bar in The Savoy, to one which the drinks cognoscenti will recognise as a contender for awards in its own right. 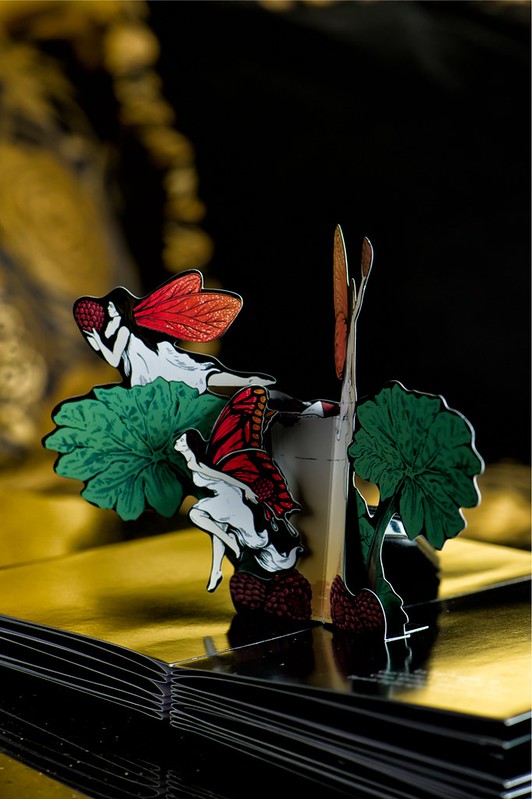 Chris Moore its creator doesn’t say that but he doesn’t have to. Why else would the Beaufort Bar Head Bartender spend two years working on getting his vision just-so? He also had his work cut out convincing the powers that be that spending £30,000 on 1,000 menus made sound business sense. Not easy. But he did it. And the investment in time and money speaks for itself. 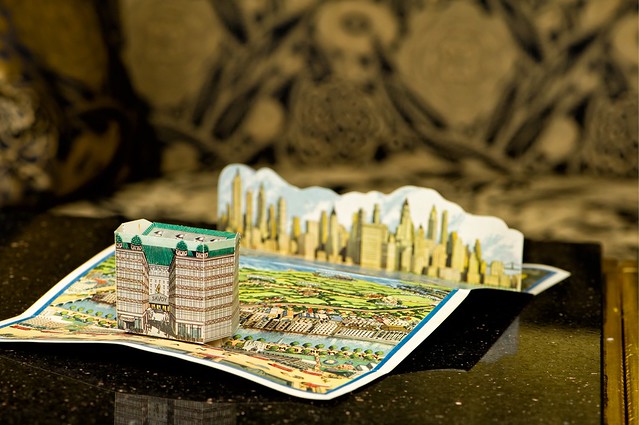 The inspiration from the archives

“I started off looking at the old menus in The Savoy,” he says when asked where the inspiration for the menu came from. “Back then, there was a printing press here and the menus were produced every day. They were really lavish productions featuring works by commissioned illustrators. Looking through the archives, seeing these
wonderful works got me thinking about using visuals to draw our guests in.”

It took a while to come together but he’s done it with a ravishing, whimsical and extraordinarily detailed pop-up menu which brings all of the cocktails on offer to life. “It’s been designed for our customers to really engage
with the bar,” he says as he proudly presents the one-of-a-kind drinks list. “We wanted to create a sharing
experience, a voyage of discovery. The pop-up element allows guests to tap into their inner child, to query, be
intrigued and explore.” 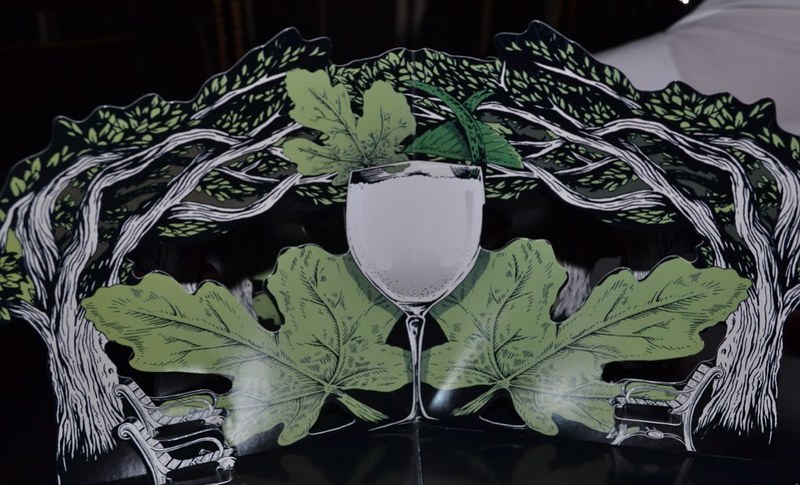 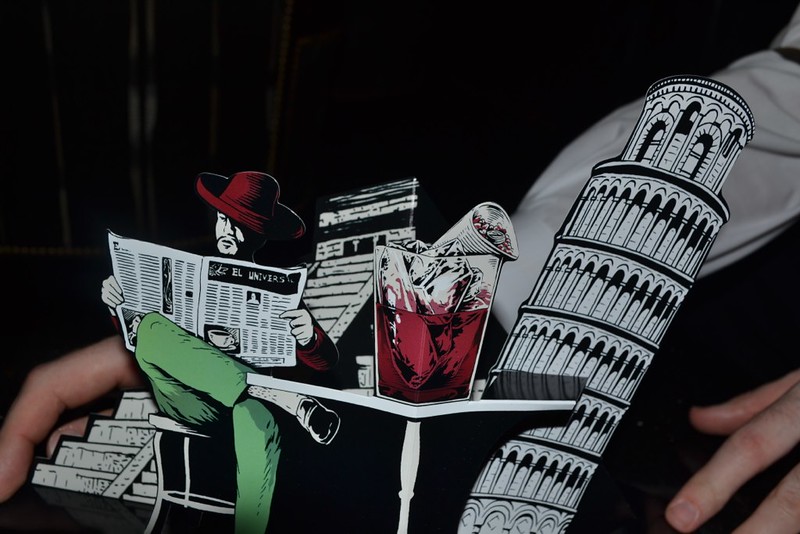 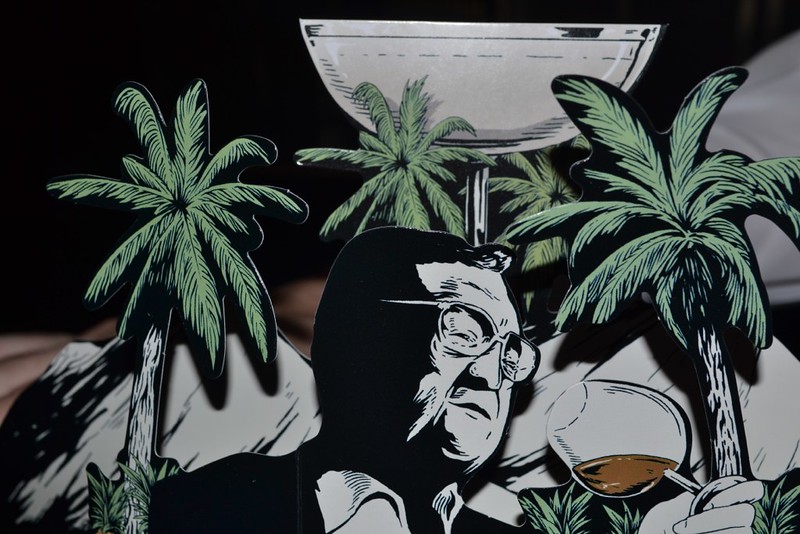 They’ll do that alright. We defy anyone not to be rapt by the intricacy of this work of art, brilliantly and most
beautifully executed by Joe Wilson, illustrator and Helen Friel, paper engineer extraordinaire. The journey begins with an explanation of the concept. “Each menu will be hand numbered – number one will go into the archives,” Moore explains before opening up the book of wonder and delight to reveal the first cocktail, the Pomello and White Pepper Gimlet. Up pops an illustration of an elegant cocktail rising from a ring of leaves laced with peppercorns. Immediately, you get it – you see the glassware, the ingredients, the lightness and playfulness of the drink – heck, you can almost taste it. 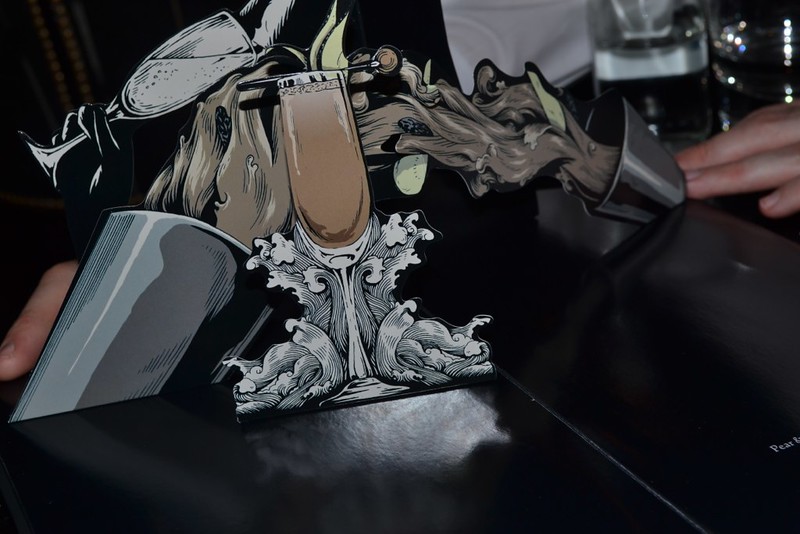 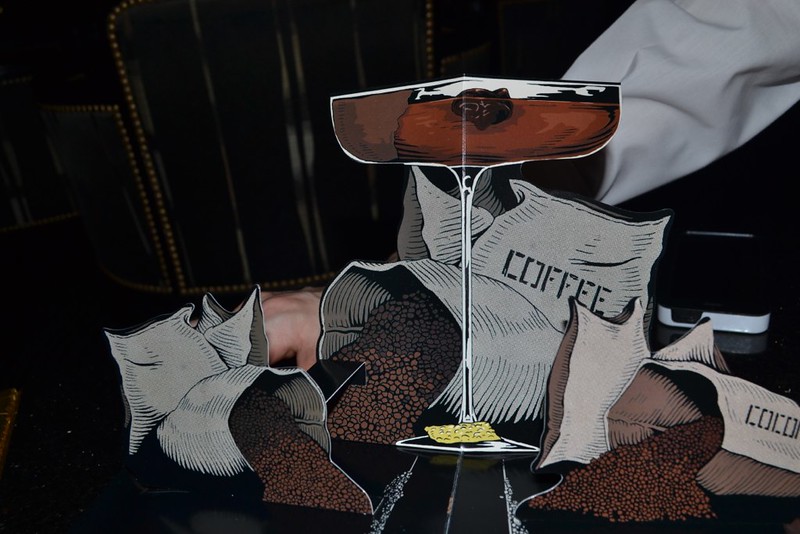 On it goes, from the tranquil setting of the best-selling Embankment Gardens, through to the rich, dark, coffee notes in new creations like the Pan-American Highway. The concept goes from light to dark in terms of depth and flavour of cocktails and every one of them gives guests plenty to talk about but the depiction of cocktails like Ol’ Blue Eyes with its pop-up keyboard, old-fashioned microphone and recording disc, or the flow of the throw captured so brilliantly in the illustration of the Pear and Liquorice Bellini are awe inspiring.

“The preference was for a limited colour palette, so the menu doesn’t come across as being aggressive. Greens and golds feature quite a lot which makes sense – green is the colour of The Savoy logo and gold is prominent here in the bar.” Black is also dominant, again echoing the smouldering decor of the Beaufort Bar but also serving as a frame for the images, providing a stage for the visual entertainment before you.

It’s a smashing early birthday present for the Beaufort Bar which turns four on the October 10th. And the best bit is, the drinks are just as good as the images – take someone special and try them for yourself. 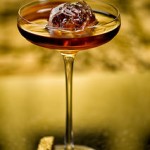 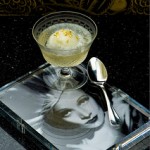 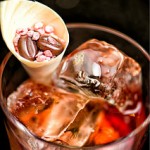 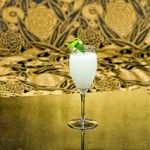