2014 has been pretty awesome for Ryan Chetiyawardana and the Mr Lyan crew pictured above. First, there was the opening of White Lyan, a bar with no ice, no citrus and no shakers, which made it arguably the most talked about bar of the year, then a window display in Selfridges, and a little matter of picking up the Best International Cocktail Bar award at Tales of the Cocktail. Now what? Why another bar opening of course. But don’t go expecting anything that you’ve seen before… 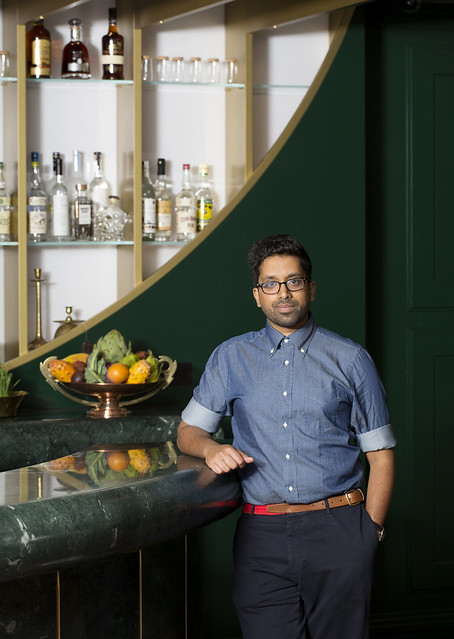 There’s a part of Mr Lyan that was born out of frustration with the industry.
When I started out as a bartender it seemed like no one would ever give me a satisfactory answer as to why things were done a certain way – I wanted to challenge that. Not for the sake of it, but to me it seems like you’re missing a trick if you don’t at least try.

The fact I hate doing events was a contributing factor to setting up White Lyan.
There’s a certain chaos about the preparation for events that frustrates me. So I started to question the set-up –  what if you didn’t need certain equipment like fridges or shakers? I separated the things you really need and those you don’t, which gave me a starting point for White Lyan.

One of the most exciting parts of working on White Lyan has been building the team.
It gave me the opportunity to turn something that was initially an idea – a labour of love to some extent – into something real. It’s been really rewarding to have people onboard with me, it’s given me a chance to explore my creativity and being able to bounce ideas off each other has made our collective ideas even stronger.

White Lyan was quite a daunting project given the concept.
The fact we don’t use ice or citrus in any of the cocktails, or use shakers behind the bar could have been construed as being challenging or even worse, insulting, to the industry. That was never the intention – it was simply a way of doing things differently.

I’ve always focused on creativity and innovation –
That’s my background. Lots of people go for the historical side of things which is amazing but I’m more interested in the opposite end of the spectrum. 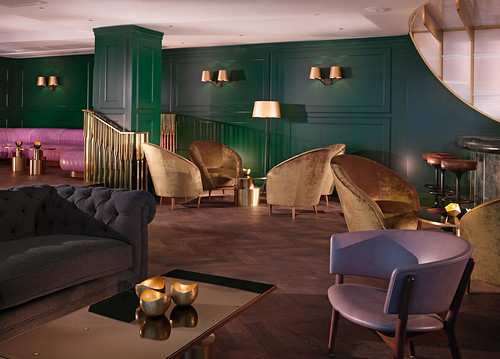 By taking away the ice, citrus and shakers at White Lyan we can focus on hosting our guests.
After all, that’s what going to a bar should be all about.

I wanted White Lyan to be a conversation-starter for both trade and consumers.
My aim was to get the trade talking about ingredients and thinking about how they’re being used and for consumers to ask, what is a cocktail?

It took three years between concept and opening.
Finding the right venue took much longer than we’d originally anticipated which did make me wonder if we were doing the right thing. We wanted it to be a destination bar but somewhere that was accessible – hiding in plain sight. We knew what we didn’t want it to be and that was a Speakeasy, subterranean-style bar, but we did want it to be in East London. A former pub appealed as pubs have that unifying quality about them – we wanted it to be a cocktail bar for people who wouldn’t normally go to cocktail bars.

People seem to think we’ll be doing no ice, no citrus in all of the bars.
But that’s what worked for White Lyan, we want to continue the conversation by breaking things down and building them up again which we’re doing in a completely different way at our new bar Dandelyan. 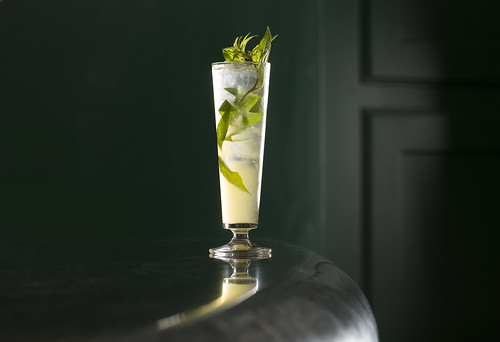 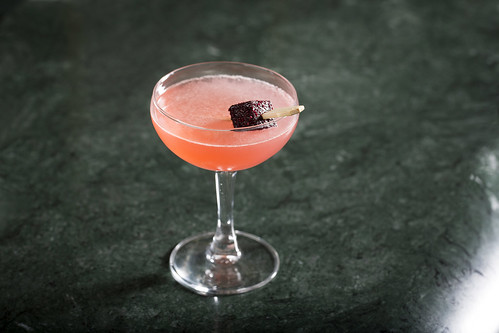 Botanically charged cocktails on the menu at Dandelyan

The focus at Dandelyan is modern botany.
We’ve divided the menu into ‘cereal’, ‘vegetal’, ‘mineral’ and ‘floral’ but the focus is on what happens if we use
ingredients at different stages of the growth cycle. We want people to think what is a mineral, what is vegetal? How does it look, how does it taste?

My end goal has always been to get people drinking better.
Whether that’s elevating their gin and tonics at home or having better Martinis when they’re out, I want to take away all the barriers and show people they can have all of those great experiences any time and anywhere they want.

Winning the Best International Bar at Tales of the Cocktails was amazing.
It’s the most prestigious award and wasn’t something we ever thought would happen. I’m not usually at a loss for words but when the announcement was made, I was genuinely flabbergasted.

Mr Lyan bottled cocktails take away the paraphernalia and faff of making cocktails.
They also get rid of the barriers some people have about cocktails, whether at home or at the bar. Seeing them on display in the window at Selfridges was a summation of everything I want the company to be – accessible innovation.

What have I learnt from each of the places where I’ve worked?
Mike and Jason at Bramble taught me about putting customers first. The emphasis there is on great music and creating a fantastic atmosphere – it’s inventive, playful and still my favourite bar in the world.

Stuart Bale orchestrated Colebrooke Row with such finesse, he was like a conductor in the way he got the best out of everyone, making such high volumes of drinks in a really small space.

At Worship Street Whistling Shop I was given carte blanche to put my creativity to the test, the freedom and support I got was amazing.

I may get geeky on the details
But essentially I see myself as making classic drinks.

From issue 13 of The Cocktail Lovers magazine