When you’re sitting in the sun in Marseillan, home of Noilly Prat, the chances are you’ll enjoy its crisp, light,
refreshing and deliciously complex vermouth as ‘L’Apéritif’: that’s simply two parts Noilly Prat Original Dry poured over ice and garnished with a lemon twist. This most simple and elegant serve reflects the tranquility of the setting – a ridiculously pretty fishing village in the south of France.

If you’re anywhere else in the world, you’re more likely to drink your Noilly Prat in a Martini. Not that that’s a bad thing, it just makes for a different experience. The traditional way is one part Noilly Prat Original Dry, two parts Grey Goose vodka or Bombay Sapphire gin and a dash of orange bitters. A twist of lemon or a flavoursome Lucque olive is all the garnish it needs. It’s a tried and tested formula that dates back to around 1911 when Martini di Arma di Taggia from the Knickerbocker Hotel in New York declared the delicate blend of aromatic herbs and spices as an essential ingredient in his ‘martini cocktail’.

Can perfection be improved? Well, the brand are certainly open to suggestions. Which is why it launched its first
international Classic Dry Martini Challenge this year and how we found ourselves in La Maison Noilly Prat judging one leg of the competition. 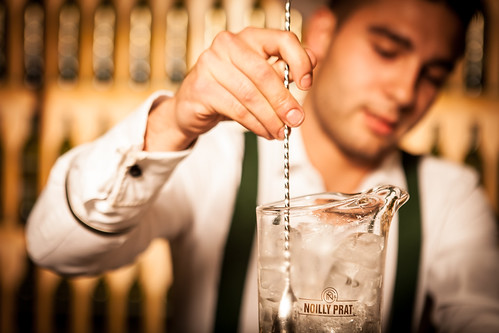 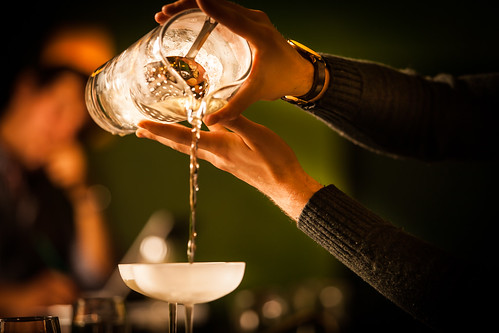 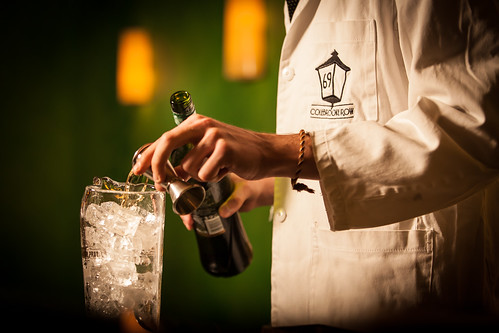 It was very much a London affair with Lorenzo Antinori (the Beaufort Bar at the Savoy); Ally Martin (Peg +
Patriot/Talented Mr Fox); Simone Rossi (Quo Vadis); Mike Foster (69 Colebrooke Row); Joe Farr (Trailer Happiness), and Steve Law (MASH), all invited to Marseillan to show off their creativity by devising what they each hoped would be a winning Classic Dry Martini serve.

Not an easy task, granted but they were given plenty of tidbits to feed their imaginations courtesy of Noilly Prat Global Ambassador Ludovic Miazga, including being guided through the fascinating and elaborate production process of Noilly Prat; sampling the local Bouzigues oysters (drizzled with Noilly Prat for maximum ‘mmm’ appeal); tasting the picpoul and clairette wines which make up the vermouth in the vineyards where they are grown and generally soaking up the fabulousness of the region. All very wonderful and relaxing but they were here for a reason and that was to demonstrate their savoir-faire in the Martini-making department.

There were rules, obviously. First and foremost they had to use Noilly Prat Original Dry and either Grey Goose
vodka or any of the three expressions of Bombay Sapphire gins as the base – not exactly a hardship but there were other stipulations, the most important of which was keeping the ingredients to four, max. Including garnish. It was the two extra components they brought to the party that made all the difference. 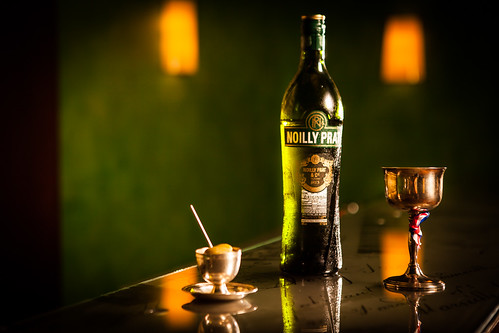 Steve Law (below) and his winning cocktail, the French Pride Martini 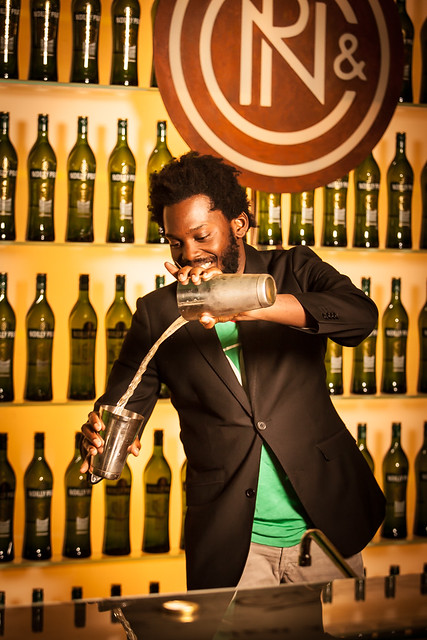 Unsurprisingly perhaps given the location of the competition, a few opted to replicate the salty/smokiness of the sea. Simone added a touch of salt to his Harmony, Ally went for a saline solution in his Martini au Marseillan, while Lorenzo upped the intrigue with a Parmesan and Laphroaig ‘water’ rinse for his MM Cocktail. Bitters and tinctures came into the equation too: Mike stuck to orange from the Bittermen’s range to pep up his
Lip Stinger, Lorenzo went for a Pomello tincture and Simone added a few dashes of citrus fruit bitters. Joe went for something different, opting to smoke his glassware with cinnamon for his Smoky Joe Martini but it was Steve’s recipe, a delicious concoction with white truffle infused with honey that took the top prize. While all of the drinks were truly wonderful, his stood out for the careful balancing of the wondrous but often overpowering earthy white truffle which worked like a dream in his French Pride Martini. His decision to up the quantity of Noilly Prat to 60ml against the 35ml of Bombay Sapphire gin so it became the star of the glass didn’t hurt either.

Steve’s French Pride Martini will be judged against other entries from bartenders from around the world. The winner will be flown to New York to visit the Knickerbocker Hotel and attend the Manhattan Cocktail Classic in May 2015. Good luck Steve!