From deepest, darkest NW10 and then on to Cecil’s in SE1 for the results – the first burst of World Class GB was one action-packed, nerve wracking day. We were exhausted by the end of it so Lord knows how the 48 bartenders were feeling (yes 50 were scheduled to attend but due to unforeseen circumstances there were two no shows). Hey, these things happen.

Having made it to the semi-finals by way of a corker of a recipe submission using either Talisker 10, Talisker Storm, Bulleit Bourbon or Rye, Cardhu 12, The Spirit of Dufftown, expressions from Johnnie Walker or Zacapa rum – all from the Diageo Reserve Brands portfolio – it was a given that they could all create showstopping drinks. What wasn’t clear was how they would respond to certain challenges. 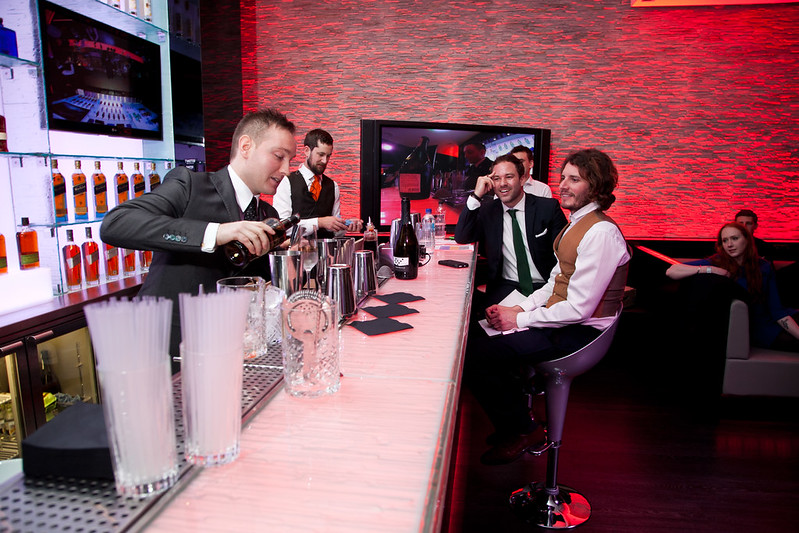 Cue a couple of the most intense rounds we’ve ever seen in a cocktail comp. The Deconstruct/Reconstruct session had evil genius written all over it. Imagine how nervous you’d be competing against some of the most talented bartenders in the country, knowing that at the end of the day only five of you would make it through to the finals. Hold that thought, then throw in the pressure of having to reconstruct a liquid based on only your sense of smell and taste.

This was by far the most fiendishly testing of the four sessions – talk about having nowhere to hide, it was devised by Zacapa Ambassador Dan Dove for the semi-finalists to allow their senses to be their guide. And no fancy moves, cheeky chat or killer ways with cocktails could save them. Rather thoughtfully, the World Class crew chose to stage this particular session in a zen-like white room with one of the most chilled-out chill-out tracks humming in the background. This was obviously to lull the bartenders into a false sense of serenity. And it worked. Despite the nerves, the tenders spent their allocated 45 minutes looking calm and reasonable collected. “It was definitely one of the most difficult things I’ve had to do in my career as a bartender,” said one. “Man that was tough!” said another. Neither was confident about their efforts but like everyone present, they gave it their best shot. We tasted some of the concoctions – all green which didn’t help in the slightest bit – and while a few came close to resembling something we might drink, others were truly awful. Sorry guys, it’s true… 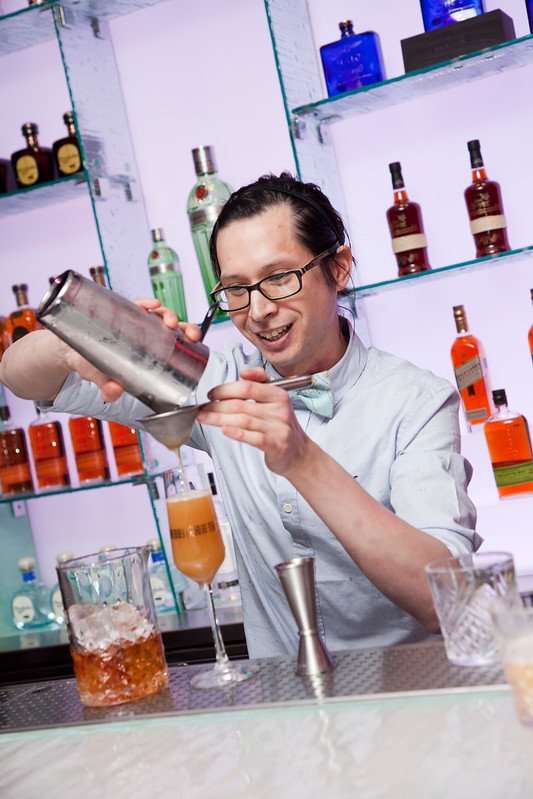 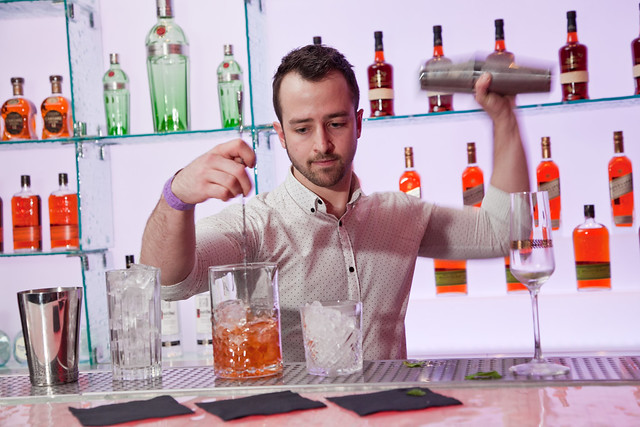 The other toughie was the speed challenge. Although they’d been given the recipes for the three cocktails they would be tested on ahead of the date, not for nothing was this called the Performing Under Pressure round. As well as their ability to mix a perfect Zacapa Old Cuban, Bulleit Rye 50:50 Sazerac and Johnnie Walker Gold Morning Glory Fizz, each bartender was judged on their banter, knowledge of the spirits and cocktails they were making, plus of course the time in which it took to make them.

Three minutes was the aim. Most managed it but quite a few just missed the mark. Some were focusing so hard on the task, they completely forgot to speak – nerves got the better of others and they forgot certain ingredients. We witnessed a couple of stand outs though: Luca Corradini from the American Bar at The Savoy performed his round smoothly and sleekly to the rhythm of his own voice reciting a poem he’d written about his drinks. While Jon Hughes from Bramble in Edinburgh added a hip-hop soundtrack to accompany his round.

The Bulleit Session was more straightforward though no less taxing. Here’s where Jake Burger shared his expertise in the bourbon department, telling fascinating stories of the most famous bourbon-based cocktails. Then it was eyes down as the competitors got their heads in gear for a 30-minute written exam. 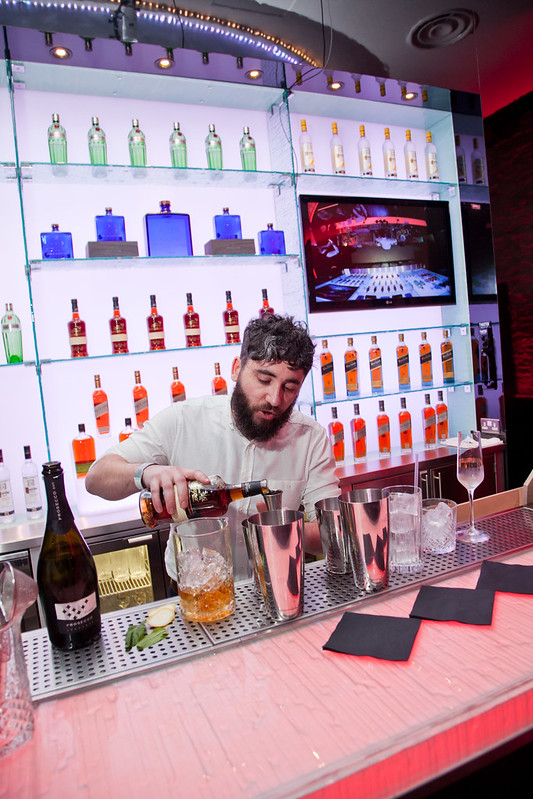 That just left Colin Dunn and Alessandro Palazzi to ease the pressure of the day with the Art of Hosting session. The allocated room, all comfy leather chairs, handsome furniture and whisky drinking paraphernalia was perfect for this, allowing the bartenders to relax with a glass of Johnnie Walker Blue Label in hand while Colin charmed them with stories of how to create ‘moments’ for customers. Alessandro then followed up with his take on how to be a perfect host: “You need to be diplomatic, charismatic and acrobatic,” were his opening words, followed by the fact that in his opinion being a good bartender is 30% about making good drinks and 70% on hosting skills. We’re inclined to agree.

So, who made the cut after that little lot? Good question. Ladies and gents, give it up for:

and see their submission recipes below: 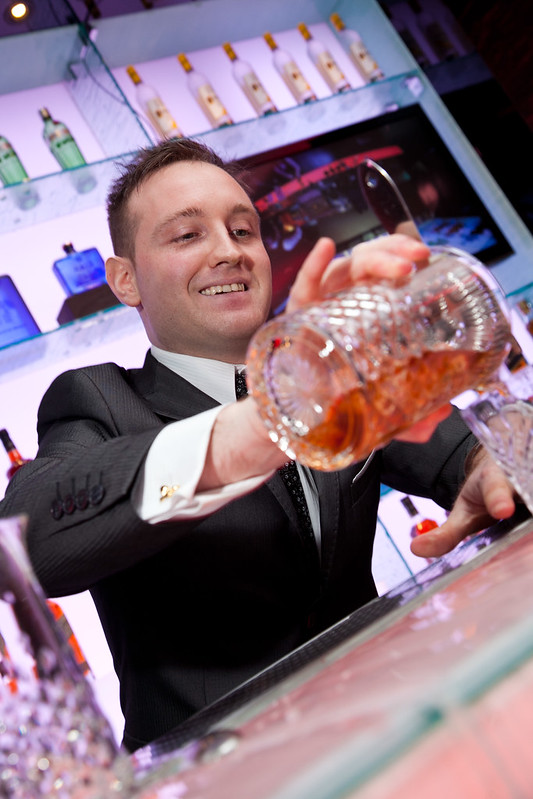 Luca Corradini at the American Bar, The Savoy (London)

Method:
Stirred and served on ice and garnished with smoked cinnamon bubbles

Method:
Combine all ingredients in a mixing glass with ice. Stir and strain and serve in a coupe glass 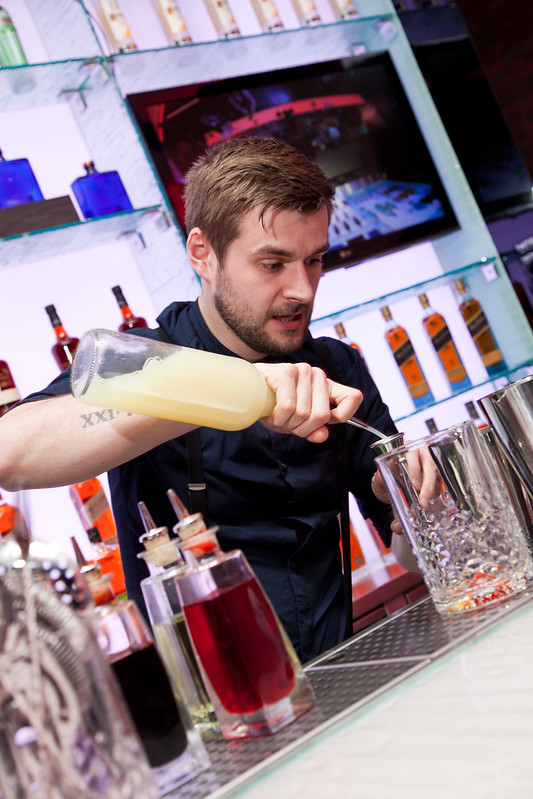 Method:
All stirred with ice, poured into a high ball glass and garnished orange twist

Method:
Stir all ingredients with ice and strain into a chilled cocktail glass and garnish with a dehydrated apple slice and a spray of cinnamon tincture.