Brand Ambassadors and bar owners – it now seems obvious the next natural progression for professional bartenders was to combine those two job titles and become brand owners. And that’s exactly what happened in 2006 with three bartenders in two different countries – Ryan Magarian with Aviation gin in Portland, USA, and Stephan Berg and Alexander Hauck with The Bitter Truth in Munich, Germany.

At the time these gentlemen probably didn’t realise what impact they’d have on their respective categories and on career bartenders but going back to the days of Jerry Thomas, bartenders have long been trailblazers with a determination to put their own stamp on things, whilst also staying true to what’s come before. And that’s exactly what’s at the core of every bartender owned brand.

Magarian rightly credits Tanqueray Malacca and Hendrick’s for having laid the foundations for New Western Dry gin, which tend to focus on botanicals away from the classic juniper heavy London Dry gin. However his work since co-founding Aviation gin has contributed massively to the sub-categories wider acceptance around the world. Likewise in Munich, Berg and Hauck were not to know their efforts in producing cocktail bitters would have such an effect that has now seen bitters establish itself as a category in its own right with a number of brands such as my own now producing and distributing globally. The Bitter Truth’s portfolio has since expanded to include a number of spirits and liqueurs which, like their bitters, are a combination of the new and old.

Many refer to the current renaissance of cocktail culture as the Second Golden Age though I often refer to it as the Information Age as much of its success is down to the ease of which information can be compiled and shared, which initially started through web forums but increasingly through social media. My own brand, Dr. Adam Elmegirab’s Bitters, came to be in 2009 through a combined interest in the bitters category (it was the one bottle behind a bar people knew little about), my own desire of ascertaining exactly how mixed drinks tasted back in the days of Jerry Thomas, and also through the appetite of bartenders around the world who craved a bottle of the Boker’s Bitters I’d reformulated after months of research.

As a collective bartenders are curious beasts, always wanting to know how things work and if they can better something and the beauty of starting their own brand is that they work directly with consumers and their fellow bartenders on a daily basis so witness which direction trends are going but also directly impact and push them through. Fortified wine is rightly garnering global attention with the likes of Leonardo Leuci’s Vermouth del Professore and Mark Ward’s Regal Rogue Vermouth uncovering old and new ground; the former representing a classic style of product likely found in the saloons and taverns of the 1800s and the latter an Aperitif style liquid which celebrates Australian wine and botanicals native to the country. In recent years the relationship between spirit producers and bartenders has grown ever closer with much of the previously kept secrets of spirit’s production being unlocked. This is also a contributing factor to the emergence of brands such as Kamm & Sons by Alex Kammerling whereby a totally unique spirit, and some would say category, has been born with Kammerling’s product taking influence from his love of gin and bitters. Again it has a very old-timey feel but there’s no doubt it’s combined with a modern approach and understanding of flavour and how bartenders can deliver it through mixed drinks.

Bartenders calling on the expertise of distillers to begin a partnership can also be witnessed at London’s Portobello Star where Jake Burger started working with Charles Maxwell of the Thames Distillery to scale up production of his Portobello Road gin, which was recently launched in the United States, and the 86 Company of Simon Ford, Dushan Zaric and Jason Kosmas have taken their collective efforts one step further combining their enviable knowledge and expertise with that of renowned producers for the manufacture of their Cana Brava rum, Aylesbury Duck vodka, Ford’s gin, and Cabeza tequila all of which were created after consulting with a number of bartenders to ascertain exactly what they wanted from the products they spend their hard-earned on and offer up to guests.

The by bartenders for bartenders approach, along with a desire for complete transparency, are two themes prevalent throughout the creation of all these brands and in a world where marketing and PR are king it’s this which has unquestionably led to the success and growth of the number of bartender owned brands. As someone who himself adopted a no BS approach I’ll certainly drink to that!

It would be remiss of me not to give a shout-out to the many others who’ve decided that starting their own brand is where their future lies, so please join me in raising a Martinez to Charles Joly of Crafthouse Cocktails, Adam Seger of HUM liqueur, Alexander Wolpert of the East London Liquor Company, Ryan Maybee of Riegers Whiskey, Jonathan Clark at the City of London Distillery, Duggan McDonnell of Encanto Pisco, Allen Katz of the New York Distilling Company, Renato Tato Giovannonni of Principe de Los Apostoles gin, Neil Kopplin of Imbue Vermouth, Xavier Padovani of Vulson French Rye, and anyone else I’ve missed. Sláinte!

From issue 16 of The Cocktail Lovers magazine 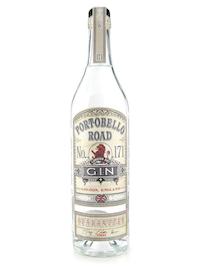