The Chivas Masters: The UK Final and the road to Shanghai

The journey to the Chivas Masters UK Final started back in March. Six heats, 42 bartenders and more than 120 cocktails later it was time to choose a champion to represent the UK at the Global Final in Shanghai. 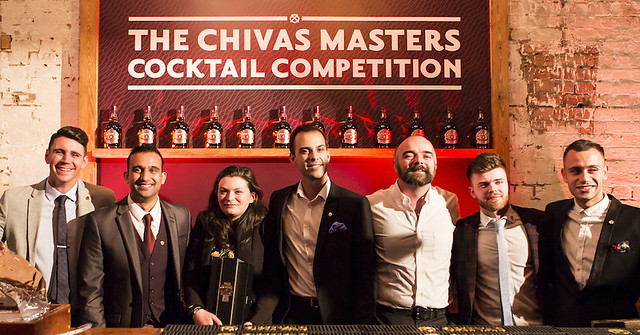 The seven finalists who gathered had already proved their bartending credentials by seeing off the competition in their regional heats. To do do they each had created three drinks showcasing Chivas 12 Year Old in three distinctively different ways. The first, The Classic Way, has to take a cocktail that has its origins in New York and then express it in a new way. The Local Way is where the bartenders bring something from their region into the mix, be it an ingredient or a story. Finally, comes The Shanghai Way where the creation needs to take inspiration from China’s biggest city and home to the Chivas Masters Global Final in June.

The stand out creation from Shaun Teeluck of The Arts Club in London was Queen Elizabeth’s Amusement for The Local Way. Shaun took inspiration from Mayfair, the home of his bar, and the ritual of taking afternoon tea and combined it with ginger bread, a teatime favourite and, we discovered, a favourite too of Queen Elizabeth I. Although the drink was served in a traditional British mug rather than a glass there was nothing whimsical about the mix of Oloroso sherry and homemade ginger syrup which worked beautifully with the Chivas 12 for a powerful drink.

Andy Stewart from The Tippling House in Aberdeen was proud of the fact that his home town was also where Chivas was founded and celebrated the connection well, particularly with Willie Kay’s Cup for The Shanghai Way. The Willie Kay in question, another Aberdeen born Scot, was originally a Scottish policeman, before travelling to Shanghai to join the local force, then returning home to enlist in the Gordon Highlanders and finally returning once more to Shanghai for the rest of his life. Some journey, and one according to Andy, worthy of tribute, mixing Chivas 12 with poppy liqueur to create a long, floral, refreshing and very appealing libation.

Andrea Benvegna from The Connaught, London had an eye for beautiful detail in his serves, especially Rob In The Hood, his creation for The New York Way. A twist on a Rob Roy it blended port wine, black cardamom syrup and a balsamic vinegar reduction with the Chivas 12. There was a nice visual touch too with the addition of a cherry sprayed with edible gold positioned elegantly alongside the glass. As for the drink, it was rich and very satisfying.

Along with an engaging presentation style Rhys Wilson from Happiness Forgets in London also introduced a little technology into his presentation. A twist on a Morning Glory Fizz for The New York Way, was inspired by the American television sitcom It’s Always Sunny In Philadelphia, particularly a quote from the show, “It’s a wild card bitches”. So that we could literally hear the quote for ourselves he served his drink on playing cards complete with a micro-chip that, when pressed, belted out the quote. Yes, really. Meanwhile in the glass the drink itself, named Wild Card, was a combination of Amaro Averna, honey and apricot brandy with the Chivas 12, which was smooth and exceptionally well balanced.

Benji Davies from Hawksmoor in London delivered great stories and great drinks in equal measure. The favourite amongst them for all the judges was the Regal Serve for The Local Way. Taking inspiration from the Wimbledon Lawn Tennis Championship in London he evoked the occasion by adding to the Chivas 12 the essential flavours which he felt captured the atmosphere of the event; a syrup of cut grass along with a homemade strawberry vermouth, topping them with Champagne to stunning effect.

Tiago Mira from The Ritz London was another who delivered great drinks in all three categories, with a stand-out in the shape of his Fusion Garden for The Shanghai Way. A brave combination of homemade rice syrup, yuzu juice and absinthe worked amazingly well with the Chivas 12. Served in a rice bowl with an edible flower as garnish it delivered on the visual front too.

Choosing a winner was tough in the extreme but coming out on top was Chelsie Bailey from the Rummer Hotel in Bristol. For the judges it was a unique combination of things which edged the title her way. She had engaging style with a particularly understated, self-effacing humour, she really knew her Chivas history and she delivered three outstanding drinks. A nice touch too was the way she linked each of her drinks together spelling out the Chivas name; Classic Homage, Intriguing Ventures and Aspire to Shanghai. The Classic Homage for The New York Way was a take on the Old Fashioned, combining the Chivas 12 to delicious effect with cream sherry and Averna. Her second drink, Intriguing Ventures, for The Local Way, took the Chivas 12 in another direction, incorporating cider brandy, honey syrup, fino sherry and peach bitters for a very complex drink. Completing the line-up was Aspire to Shanghai, a beautifully balanced and very refreshing mix of Chivas 12, tea and peach shrub.

The Chinese saying goes “A journey of a thousand miles begins with a single step.” Chelsie has completed one momentous journey to become The Chivas Masters UK winner for 2016. At the same time she’s taken her first step on another, even bigger, journey – the road to Shanghai and The Chivas Masters Global Final. 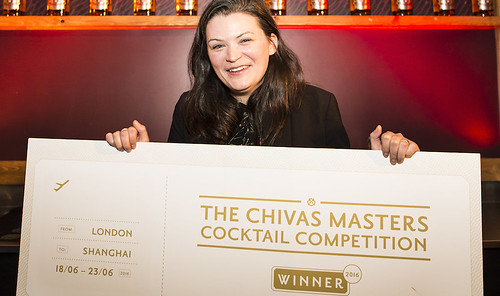 “I could tell nerves were running high, after all, whoever took the crown would be heading to Shanghai to compete in the global final. As the competition unfolded it was clear they all wanted to be on that plane, with outstanding presentations and they all had certainly brought their A-game, and it was clear the work they had all done since winning their individual heats. However, there always has to be a winner, and it was Chelsie. Her drinks, style and  entertainment factor was quite simply amazing. She draws you in and takes you along for the ride, making you understand her thought processes yet keeps herself humble and grounded. And her drinks are just so tasty and simple. Quite simply she is The Chivas Master and I wish her all the luck over in Shanghai.” Josh Reynolds, Chivas Masters Global Winner 2015.

“Astounding! This is the word that comes to mind to describe this year’s UK Chivas Masters Final. Chelsie was simply brilliant. Her drinks, her hilarious dry self-depreciating English humour, her knowledge of Chivas and her generosity of spirit, everything we were looking for in a Chivas Master. Very well deserved. The final as you’d expect from an elite competition was very high quality and there were several real stand out performances but in the end Chelsie is the one representing the UK now on the world stage.” Phil Huckle, Chivas Brand Ambassador.

“One of the best things about The Chivas Masters was following all the bartenders through their regional heats and seeing how they grew as people to raise their games even more in the UK Final. All seven were entertaining, considered and made outstandingly creative and tasty drinks. Chelsie though also brought an indefinable something extra, a charisma, that secured her the title.” The Cocktail Lovers.

“For once is my life I am lost for words! I was up against some amazing bartenders and honestly didn’t think I was going to win. Overwhelmed would be an understatement but I’m so honoured to represent the UK in the global final and hope I can bring it back home! I’m really looking forward to experiencing the Shanghai lifestyle and visit the bars I researched for my third drink and I’m also looking forward to meeting the other contestants. ” Chelsie Bailey, Chivas Masters UK Final winner.

Stirred and served up with orange zest

Stirred over ice and served on the rocks with dehydrated apple and nutmeg garnish.

Shake with ice, pour into a tall glass, top ginger ale and garnish with a lemon wedge and a mint sprig. 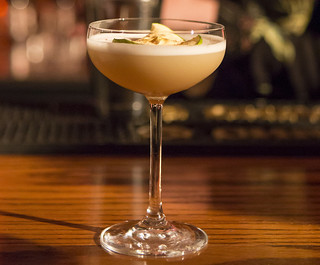