Above: Breakfast With Hemingway at Duck & Waffle

If you were to compile a list of all time classic cocktails then the Daiquiri would be right up there, no question. After all, it’s been around for over 100 years. Loved by both cocktail connoisseurs and newbies alike, it’s seen countless variations. But you can have a classic Daiquiri anytime, to celebrate National Daiquiri Day on 19th July you should be sipping on something special. Which is where our featured London bars come in. The clever and creative bartenders behind them have upped their Daiquiri game and taken inspiration from four periods in this majestic drink’s history to showcase the mighty Daiquiri in some ingenious and very and tasty ways. Go on, indulge your tastebuds – it is National Daiquiri Day after all! 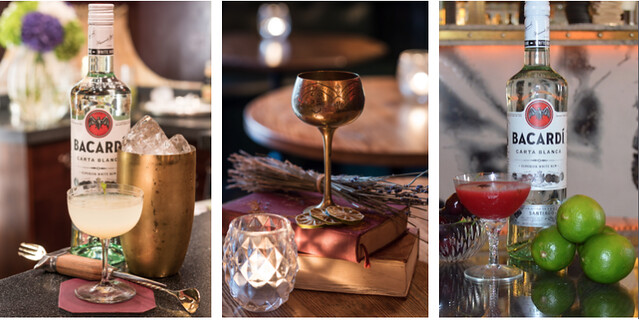 Often seen as the ‘golden age of cocktails’, the era when Americans fell in love with mixing drinks. When ‘the cheapest and easiest way to become an influential man and be looked up to by the community at large’, in Mark Twain’s words, ‘was to stand behind a bar, and wear a cluster diamond pin.’ Let’s be honest, if someone happened to invent a time machine, this would be the one period the serious cocktail lover would have to go back to in order to witness the birth of perennial classics such as: the Martini, Manhattan, Mint Julep and of course, the Daiquiri.

Relive the glamour of a bygone era with the following:

The Cigar Daiquiri at Barts

How much you like Tiki bars goes some way in revealing what you think a cocktail bar should be – whether you want cool and sedate glamour, or the setting for out-and-out party. Tiki definitely falls into the latter camp. Yes it’s kitsch, but that’s the appeal, it reminds us that the whole point of cocktail bars is to have a good time. Maybe this is why Tiki has had a major revival over the past few years, who needs serious when you can have fun? The focus on rum based drinks, combined with quality ingredients, including the best one of all –the fun and carefree nature of Tiki – combine to guarantee some of the best all round drinking experiences.

Get your Tiki on with these four delicious drinks:

The Spiced Daiquiri at Trailer Happiness 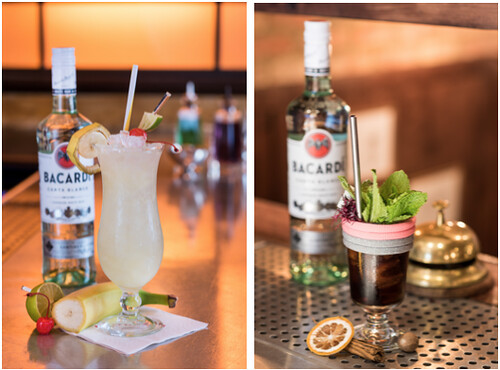 The Frozen Daiquiri and The BlackJack Daiq

Saturday Night Fever, outlandish clothes and Studio 54. These are some of the things that spring to mind when you mention Disco, but quality cocktails, let’s be honest, is not one of them. This was the age of bright, sweet drinks, pre-mixes, parasols, bendy straws, and a chunk of pineapple on the rim. Where what was inside the glass was often secondary to its appearance. However, in retrospect, the Disco era may have been onto something – who doesn’t love an outlandish garnish? Party on people!

Love drinks to make you smile? Try these:

The Frozen Banana Daiquiri at Balthazar

The BlackJack Daiq at  The Cocktail Trading Company

So what about the Daiquiri today? We are after all, living through a cocktail renaissance where bartenders are serious about sourcing the best ingredients and creativity is key. Some purists may argue that if it ain’t broke then don’t fix it, that something as beautiful as the Daiquiri doesn’t need to be tampered with, but where’s the fun in that? These contemporary interpretations of the Daiquiri highlight that the classics are not something set in stone, but a springboard for creating something new and delicious, proving that there is always room to elevate a drink. However classic.

Breakfast With Hemingway at Duck and Waffle

The Modern Cox at Dandelyan

Malecon at The American Bar at the Savoy