Ask anyone who’s made it through to the Bacardí Legacy National or Global Finals over the past eight years and they’ll tell you, it changes lives. Yup, it’s true. Franck Dedieu is a case in point. Since winning the Global Finals in Sydney last year, he’s notched up some serious Frequent Flier points attending bar shows and tending bars in 18 countries and 22 destinations around the world. As a consequence he’s gone on and left his native France (sorry France!) and is currently working in London ahead of setting up a project with former Bacardí Legacy UK Finalist, Chris Moore.

Those are just two of the success stories. Other competitors like Ago Perrone, Tom Walker and Zdenek Kastanek have all been nominated in the Best Bartender category in the Spirited Awards at Tales of the Cocktail within a year of winning Bacardí Legacy. Not bad eh? 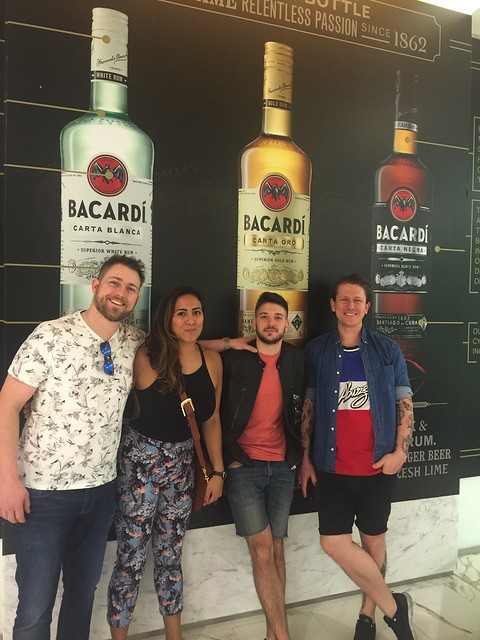 May with last year’s Three Most Promising, from left to right: Oli Pluck; Santiago Michelis and Iain Griffiths

But and there’s a big but, you’ve got to get the details right to even get a look in. And as we wouldn’t want you to be one of the 25-30% who get the entry requirements fuddled, we took time to speak to Metinee Kongsrivilai (aka May) for the downlow on getting yours just-so. As a previous competitor (Three Most Promising representing Scotland no less) turned UK Bacardí Ambassador (as a direct result of the 3MP thing we might add) she knows exactly what she’s talking about.

Feeling lucky this year? Sorry to burst your bubble but luck will only get you so far. To stand a real chance of making the grade, read May’s tips before getting your submissions in. Then you may (excuse the pun) make it through to the regional finals later this month…

May, you’ve just finished a series of Bacardí Legacy workshops around the country, why the decision to take Legacy ‘on the road’?

There were a few reasons really. Essentially we wanted to give a better insight into the competition and shine a light on what it can do for bartenders’ careers and their bars. We also really wanted to engage with prospective competitors outside London. That’s really important to us – there’s so much talent out there and we don’t want anyone to feel this is a London-led competition – that’s definitely not the case. Finally, we wanted to highlight exactly what we’re looking for. Despite the rules on the website, 25-30% of previous entries didn’t comply with the guidelines.

We get people entering drinks that are far too complicated, or with more than six ingredients – not everyone reads the entry requirements properly. 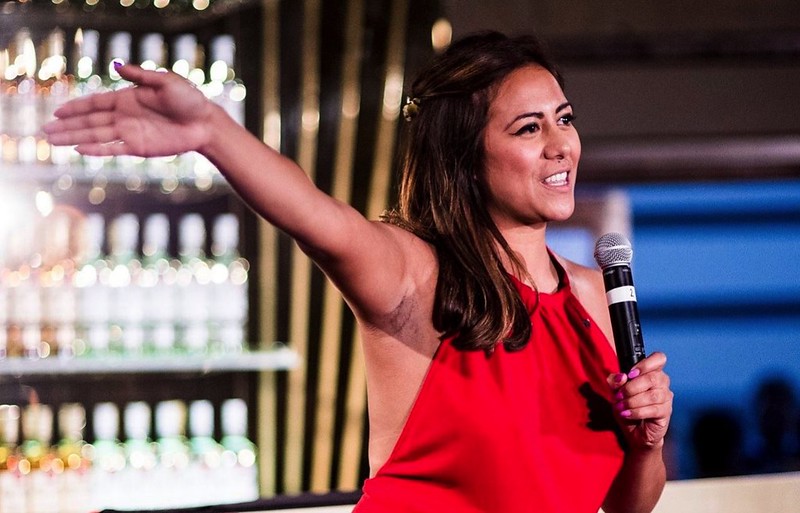 Lady in red: May in presentation mode

Okay, so for anyone who still hasn’t had a chance to read through the details, what are the rules?

The first thing is the cocktail should have six ingredients, tops. That includes your garnish and the spirit. You can choose from Bacardí Carta Blanca, Bacardí Carta Oro and for the first time this year, Bacardí Ocho. It’s really important that your drink is one that can be easily replicated anywhere in the world. That means no overly complicated syrups, techniques or equipment that’s difficult to source; think of something that can be made anywhere by a bartender of any level – even better if it’s easy to make at home.

What else are the judges looking for?

Simplicity but there’s still an element of innovation within that. That’s where the creativity comes in: how do you make a simple drink while doing something that hasn’t been done before? The inspiration and story behind your drink has to be engaging too. And of course, there’s the taste – they’re looking for something tasty. Those are the key things to consider at this stage.
[We’ll go into the ins and outs of presentations and promotional campaigns in a later post].

What’s in it for the competitors?

An experience of a lifetime – there’s no competition like it. It’s definitely a career competition and is the perfect platform to shine a light on yourself and your bar. The more you put into it the more you’ll get out of it, the recent workshops focused on that. We were joined by Franck Dedieu, Global Winner 2015; Barney Toy, New Zealand Global Finalist 2015; Santiago Michelis UK Three Most Promising 2016 and Iain Griffiths UK Global Finalist 2016 at different stages of the workshops – all sharing the love and their individual experiences.

Were there any shared experiences?

Definitely. They each mentioned how much fun it is to be part of Bacardí Legacy. It sounds like a cliché, but anyone who’s had anything to do with Legacy, particularly on a global scale, will tell you how it’s like being part of a family. It opens up an amazing network and you end up with friends for life. 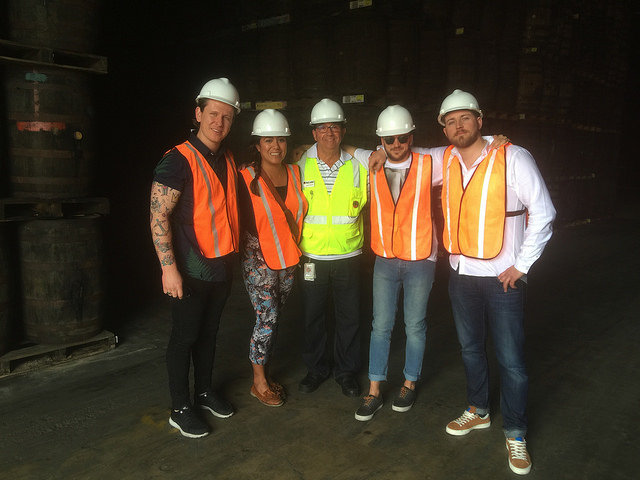 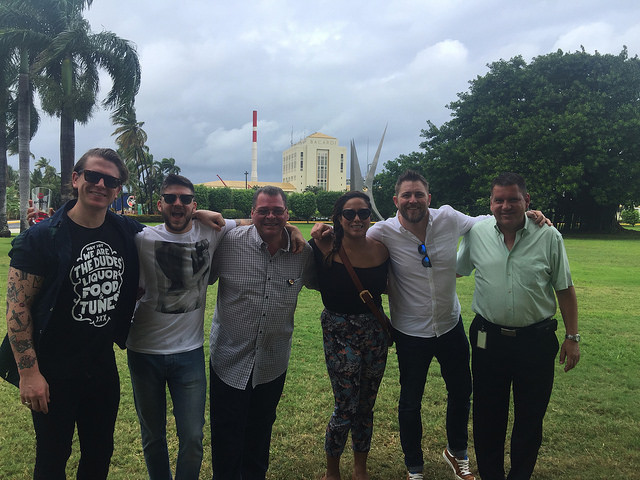 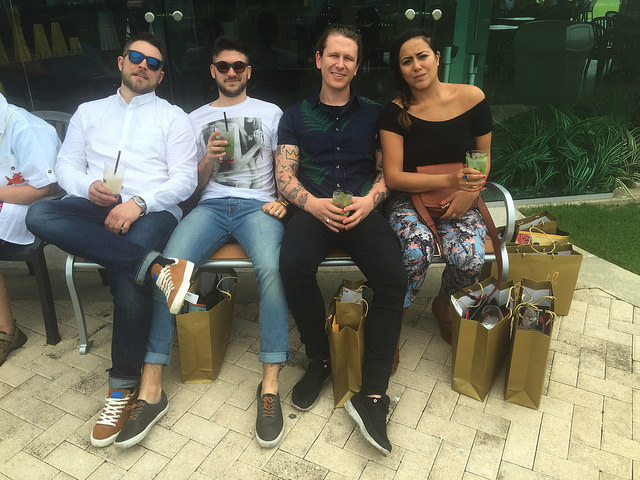 The competition is working a little differently this year, can you explain how and why?

We’ve dropped the Three Most Promising stage. We realised that the promotional campaign which the three shortlisted competitors had to undergo was very labour intensive, particularly as everyone was still doing full-time jobs. It’s easy to become despondent when you think someone else is doing better than you.

As UK Bacardí Ambassador how will you work with the national finalist?

I’m there to give feedback, advise on how they need to tweak their drink and anything they need to do to increase their chances of winning. I’m on side to help with how best to promote themselves and their drink, using the support and budget they have to prepare them for the globals. I help out as much as possible without taking over.

What are your top tips for bartenders thinking about entering Bacardí Legacy 2017?

Dates for your diary: