We love H by Hine. Why? Because it’s a cognac created especially for mixing cocktails. How, you may ask. Yes, that’s what we asked too. In fact we went to France to ask the man who created it, Master Blender Eric Forget. Here’s what he told us.

“The DNA of Hine is its floral quality, which is actually a very good basis for mixing cocktails. However, when cognac spends a lot of time in the barrel, the wood becomes increasingly prevalent. While generally desirable for cognac, for cocktails it’s a killer. I wanted to accentuate the floral and fruity notes of Hine but keep the blend young and restrict its time in contact with the wood.”

The result is a cognac that has all the complexity you’d expect but with a softer, more pronounced richness in flavour. Perfect for cocktails.

Over the next few weeks we’ll be bringing you a series of classic cognac serves that we’ve been mixing up with some beautiful H by Hine. First up is one of our all time favourite cocktails, the sublime Sidecar.

We love a good story and this cocktail has one, or possibly two. The way the popular one goes is that the drink was created some time during World War I for an army captain. Apparently he would regularly be chauffeured to his favourite restaurant in Paris where he enjoyed this drink. Method of transport? Motorcycle sidecar. Nice huh? The New York bartending legend Dale DeGroff has a wholly different theory though. He points out that any cocktail mixture left over in a shaker traditionally used to be served in a shot glass on the side, and was known as, you guessed it, a Sidecar.

Whatever the truth of either story it’s one wonderful classic and an extremely tasty cognac based drink. Some recipes for the Sidecar call for equal measures of the three ingredients but we prefer this version that really this lets the H by Hine shine. Get mixing. 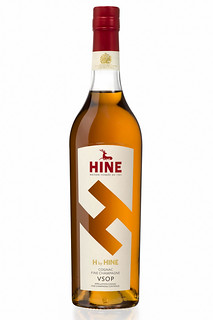 Shake all ingredients over ice. Strain into a chilled coupe or Martini glass and garnish with a lemon twist.

To add a little extra sweetness, rim the brim of the glass with lemon juice and dip into caster sugar, before pouring in the liquid.

Check in with us regularly for more H by Hine classic cognac serves.

Read more about H by Hine in The Cocktail Lovers magazine