We first met four years ago when you were representing Belgium in the Bombay Sapphire World’s Most Imaginative Bartender competition. You didn’t win then, how have you put that right for BACARDÍ Legacy 2017?

I was 21 then and I wasn’t mature enough to win that competition but I’ve spent the last four years developing myself. I’ve improved my knowledge and bartending skills and I’ve spent time learning what the customer wants, as well as gaining insights into the world of hospitality. Bartending is a big passion of mine and being crowned the BACARDÍ Legacy Global Champion is not just about this competition but all of the hard work and passion that’s gone into my career so far.

Tell us about the recipe for Clarita?

I wanted to create a delicate drink with an amazing flavour, a drink that would keep evolving and lingering while telling a story. I approached it like a Maestro de Ron* – I took notice of every single ingredient that would amplify the flavour of BACARDÍ 8. The result is: 60ml BACARDÍ 8, 10ml Amontillado sherry, one bar spoon of crème de cacao, two dashed of absinthe, one dash of saline solution, stirred together, served in a coupette and garnished with three drops of olive oil.

The recipe has evolved a lot since I first started working on it in August last year – there have been around 23 versions with little tweaks here and there. For example, I used a Palo Cortado sherry in the original recipe but ended up substituted it with an Amontillado because it’s softer, more elegant, less overpowering and also more readily available, making it more replicable, which is a huge criteria for a BACARDÍ Legacy drink .

Why did you enter BACARDÍ Legacy?

It’s unlike any other competition. It sounds like a cliché but it’s all about family and since I’m part of a family business and family is so important to Bacardí – that side really appeals to me.

That’s the reason, but the person who helped to make it all happen is my second father, my Brand Ambassador, Marc Colfs. He’s such a good person, he’s always believed in me and I wanted to go on this adventure with him because I know he’s as passionate about his job as I am; together we make a great team. We’ve stood by each other, called each other at 2am, he’s driven for an hour-and-a-half to meet for a 15 minute chat – nothing has been too much for him. I share my trophy with him because, besides my girlfriend, he’s the person who helped me the most in this competition. To see the pride in his eyes when I was announced as the winner is something I’ll remember forever. 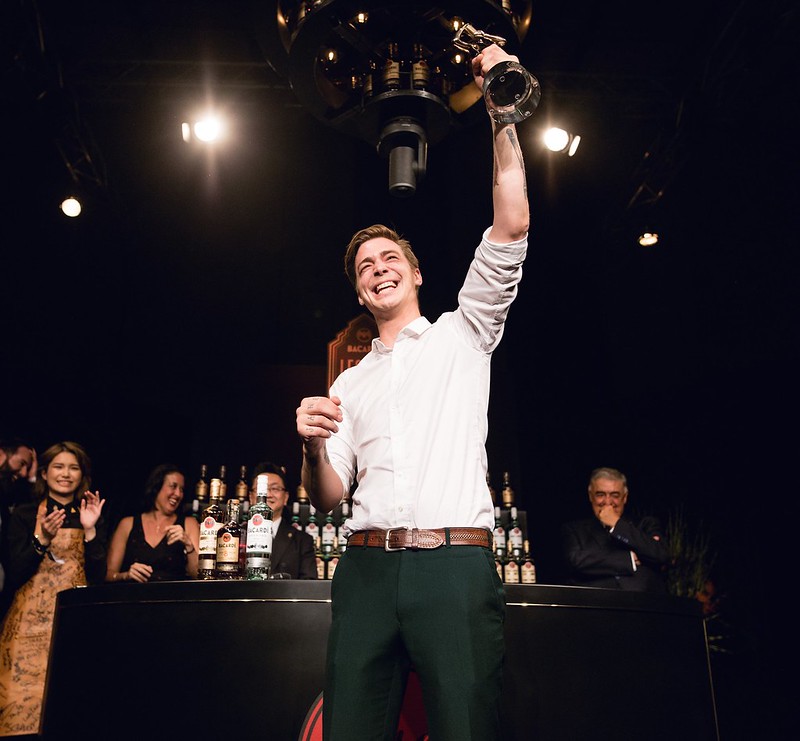 Belgium for the win!

The strap line to your campaign is Family, Heritage and Innovation. What role did each have to play in your campaign?

I wanted to play the family card but it’s not a gimmick – I work with my father and two sisters and the people in the bar are all family to me. I think that’s the reason that our bar is so well known – it’s because of that family bond. I wanted to express that feeling in my campaign because Bacardí is all about family, legacy and passing things on.

The heritage part was based on the inspiration I took from the Bacardí family and also the ingredients I used in my drink. All apart from the salt can be found in the oldest cocktail books in the world – they’re pillars of classic cocktails.

Innovation comes from the two years I’ve spent working with a scientist in the lab. I’m really fascinated about the DNA of drinks and food – there’s so more to flavour than taste and I love the fact that once we know the structure of certain ingredients we can play around with them to mix things up.

Innovation also applies to me as a bartender – I think I’ve become a better, more rounded bartender since entering this competition, so that’s innovation as well. Also, it’s about knowledge. These days we as bartenders are fascinated and inspired by lab equipment and how we can use technology in our drinks. I’ve shared my research and the results are there for people to see, so sharing that knowledge is another part of my legacy.

What have you learned about yourself during the campaign?

That nothing can tame passion. I cancelled dinners with my girlfriend, didn’t see my friends, spent my days off working on my presentation and drink – even I was surprised by the amount of effort I put into the campaign. If you look at it from the outside it’s just a competition or just a drink, but Bacardí Legacy has become so much more than that to me. And this is just the beginning…

What’s been your favourite part of your BACARDÍ Legacy journey to date?

The presentation last night. I had a complete blackout before I went on stage. I didn’t know the order of my words, or what I was going to say, I completely blanked. That’s never happened to me before and I’ve rehearsed my presentation 30, maybe 40 times. I went on stage, my mouth was dry and I didn’tt know what would happen, then all of a sudden the energy from the audience kicked in and it all came to me and I started rolling like a train. I was driven by the crowd, the expectations, knowing that my family, girlfriend and best friend were in the room, plus the thought of all of the people who supported me. In the end, it was the best I’ve ever performed.

Which is good timing seeing as it was the Global Final! Did you think you would win? 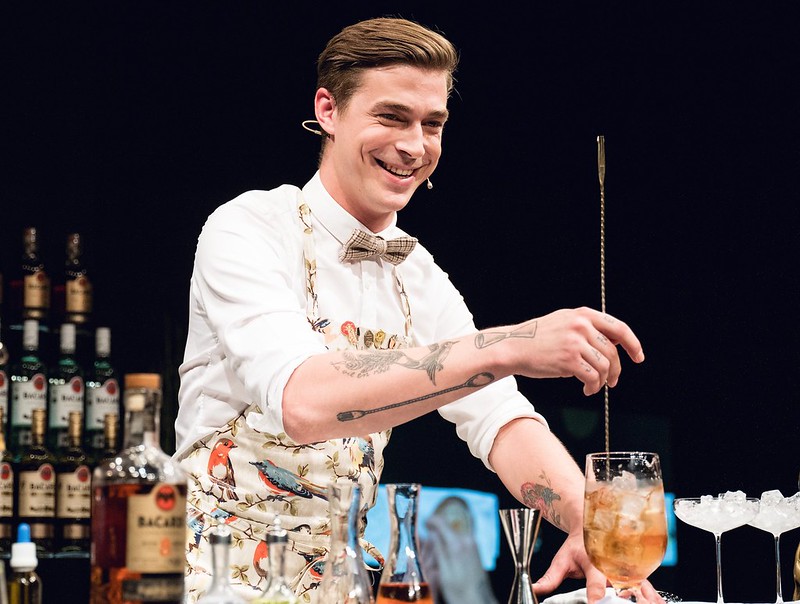 Preparing the Clarita at the BACARDÍ Legacy Global Finals in Berlin

You’re a former model and a very stylish one to boot. Tell us how important details are to you and why you use a spreadsheet to pack your suitcase?

Details are very important. It’s not just about the drink and the presentation: the way you look, the way you dress, the way you interact with people, your performance skills – even the appearance of your fingernails – the judges are looking at everything. And I want everything to be perfect. That’s why I have my spreadsheet with all the tools and equipment I need on it but as well as those essentials, I added a spreadsheet for my clothes. So day one had such and such a shirt, these pants, these socks, these shoes, no bow tie; day two had this suit, this shirt, bow tie, such and such shoes and so on.

It sounds a little crazy but you work your ass off for seven months and it comes down to seven days, so you have to make sure everything is perfect. From the moment you arrive to the moment you leave, you can’t miss out on a single aspect of you becoming the next champion. So I have a spreadsheet!

Staying with style for a moment, if Clarita was a fashion label, which one would best capture her spirit?

Clarita would be a well respected label for those in the know, not one of the multiples – she’d be famous for her timeless designs.

Who would you most like to see drinking Clarita?

That’s already happened: Don Pepe who was judging the BACARDÍ Legacy Global Cocktail Competition Finals last night. *I made Clarita while I was thinking about him – I wanted to approach it in the spirit the Maestro de Ron approaches his creations. They know their product by heart, how it tastes, how it behaves, how it can change – I wanted his feedback on my approach to the drink. He said it was lovely, so that was a prize as well.

Now that you’ve brought Knokke to the attention of the drinks world, tell us three things we should know about it before we head there?

1. We have the highest rate of Michelin-starred restaurants in the radius around our bar so there’s a lot of culinary influence.

2. It’s referred to as the Monaco of Belgium – it’s a very affluent area with lots of beautiful beach bars.

3. Our bar The Pharmacy is there – come and visit us!

Visit Ran and the Van Ongevalle family at The Pharmacy, Elizabetlaan 178, Knokke-Heist, Belgium. the-pharmacy.be. And coming in August, a new venue in Mexico City.