Not that we need an excuse to drink whisky – like, ever – but we’re certainly not going to turn our noses up at enjoying a tidy weekday tipple or two in honour of Scotland’s greatest poet. On Thursday 25th January, Burns Night will once more be upon us, and London is embracing it with a bunch of braw events and special cocktails. We’ve rounded up the best for you to wax lyrical about… 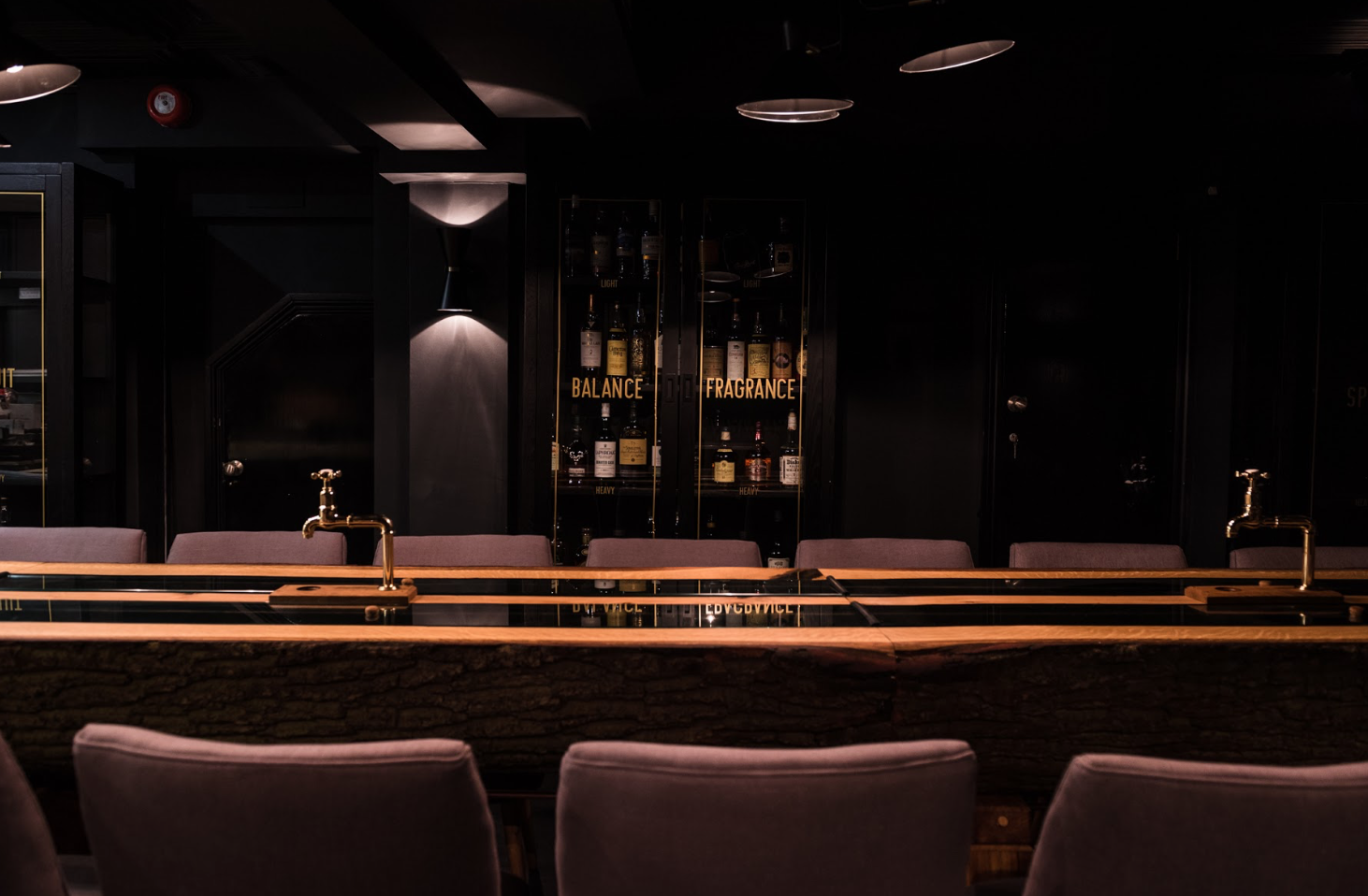 Specialist whisky bar Black Rock was always going to do something rather exciting for Burns Night, and for January 25th they’re partnering with single malt Craigellachie for an exclusive evening sampling some of its fine and rare expressions. Those who have visited this award-winning bar will know all about the innovative oak ‘tree-trunk table’ (trust us, it’s very cool), and guests of the event can expect to be led through the tasting by Craigellachie’s Global Ambassador Georgie Bell.

One of the highlights is undoubtably the chance to try a dram of the rare 31 Year Old, which is no longer available to buy and was awarded World’s Best Whisky at the World Whisky Awards in 2016.  Throughout the tasting, guests will be be served Black Rock’s house-made haggis and snacks and will also enjoy a Craigellachie cocktail on arrival. 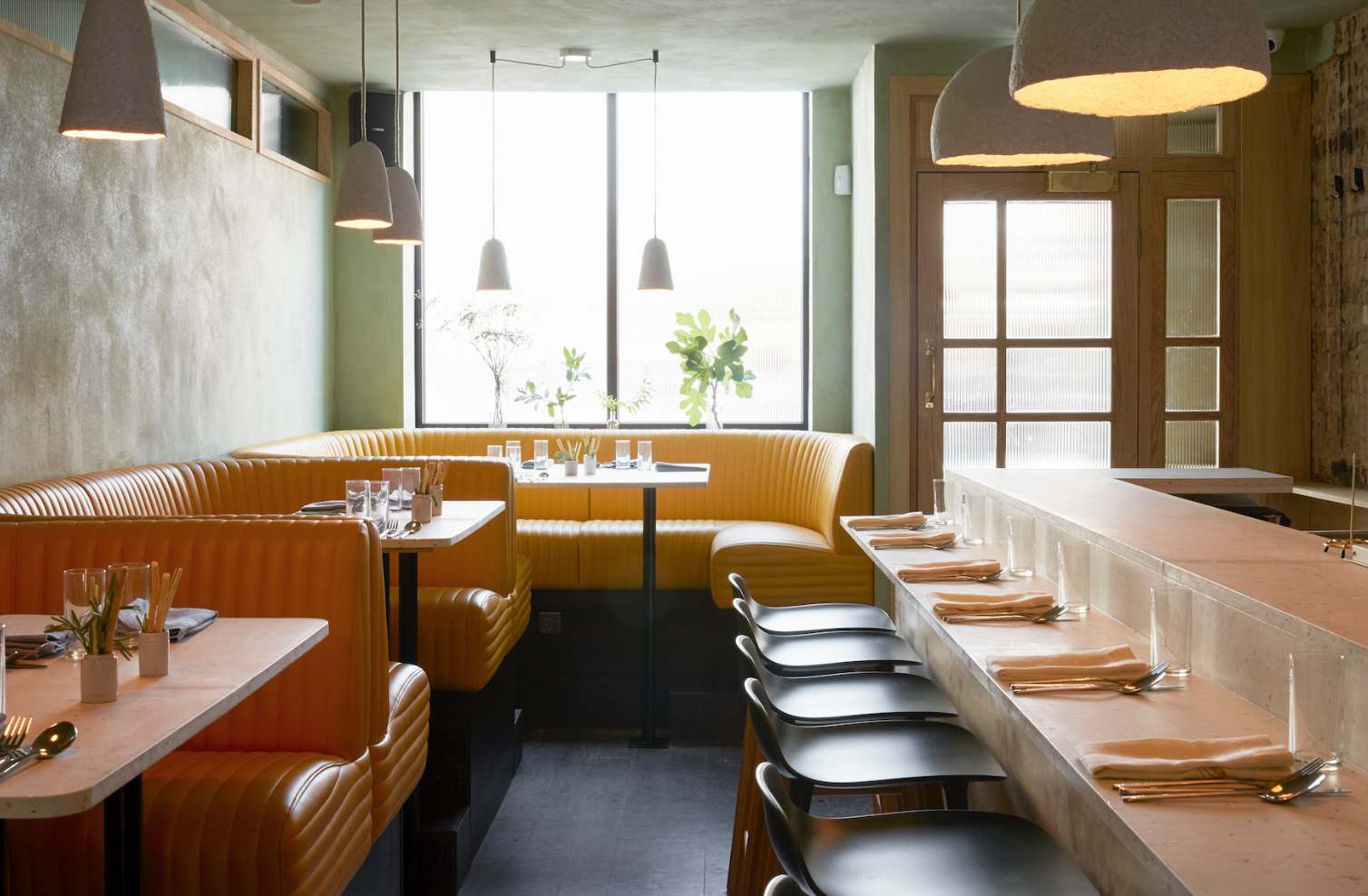 To celebrate Burn’s Night, Cub will be hosting a Scottish feast with a Lyan-esque twist, which will of course include cocktails created by Ryan Chetiyawardana using Glenmorangie Single Malts. Head Chef Doug McMaster has created a dedicated menu including a special haggis (and veggie friendly haggis for the non-meat eaters), while diners can expect unusual and innovative takes on famous dishes such as Smoked Haddock, Potatoes + Turbo Whey, Haggis Pudding and Heather Honey. Scottish classics just got a whole lot more creative… 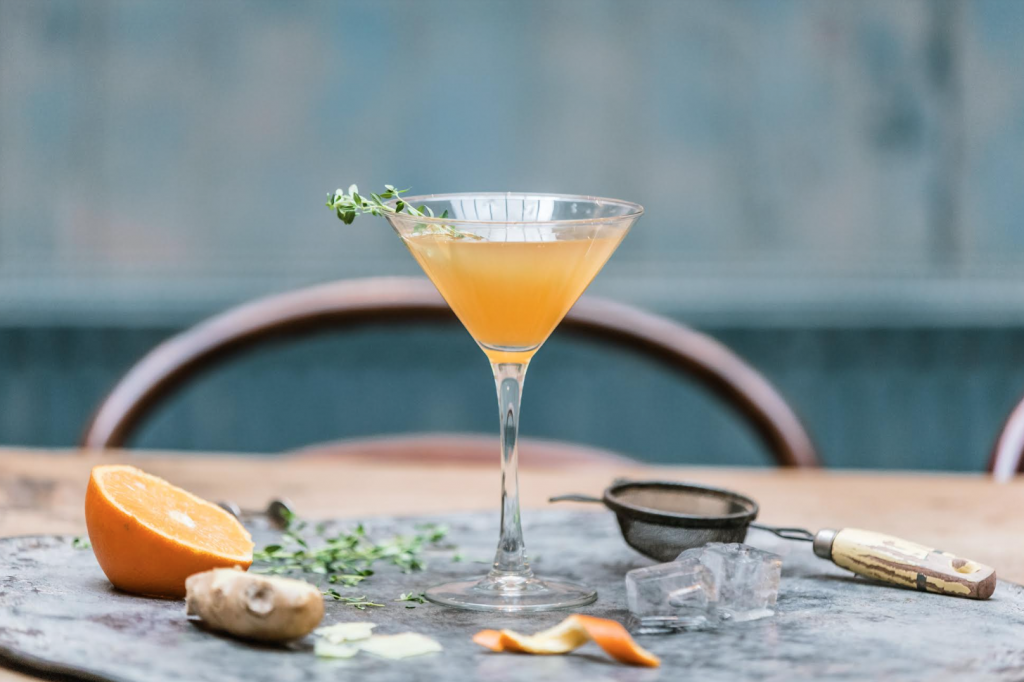 So what exactly makes for an Experimental Burns Night Experience? Well, when Matt Whiley has anything to do with the cocktails, you know you’re in for a treat.

Taking place at The Lamb Tavern in London’s Leadenhall Market on Tuesday 23rd January (two days ahead of the actual Burns Night, so you can fit in multiple whisky experiences), the night will consist of  some unexpected Burns Night Tapas and innovative cocktails.

Adam Handling, the Chef Owner of Frog by Adam Handling, will be curating a selection of less than traditional dishes, while Matt Whiley of Scout has created an experimental cocktail line up to match, featuring Glenfiddich 12 year old, 15 year old and IPA Experiment expressions. Guests will be entertained by Glenfiddich Brand Ambassador, Stephen Rutherford, together with a performance from Loud Poets, delivering their own unique take on Rabbie Burns’ work. Sounds like a right merry riot to get involved in.

Tickets are £25 per person and include a welcome cocktail, a selection of tapas-style Burns bites and whisky cocktails. Book here.

WHISKY 101 at The Gallery 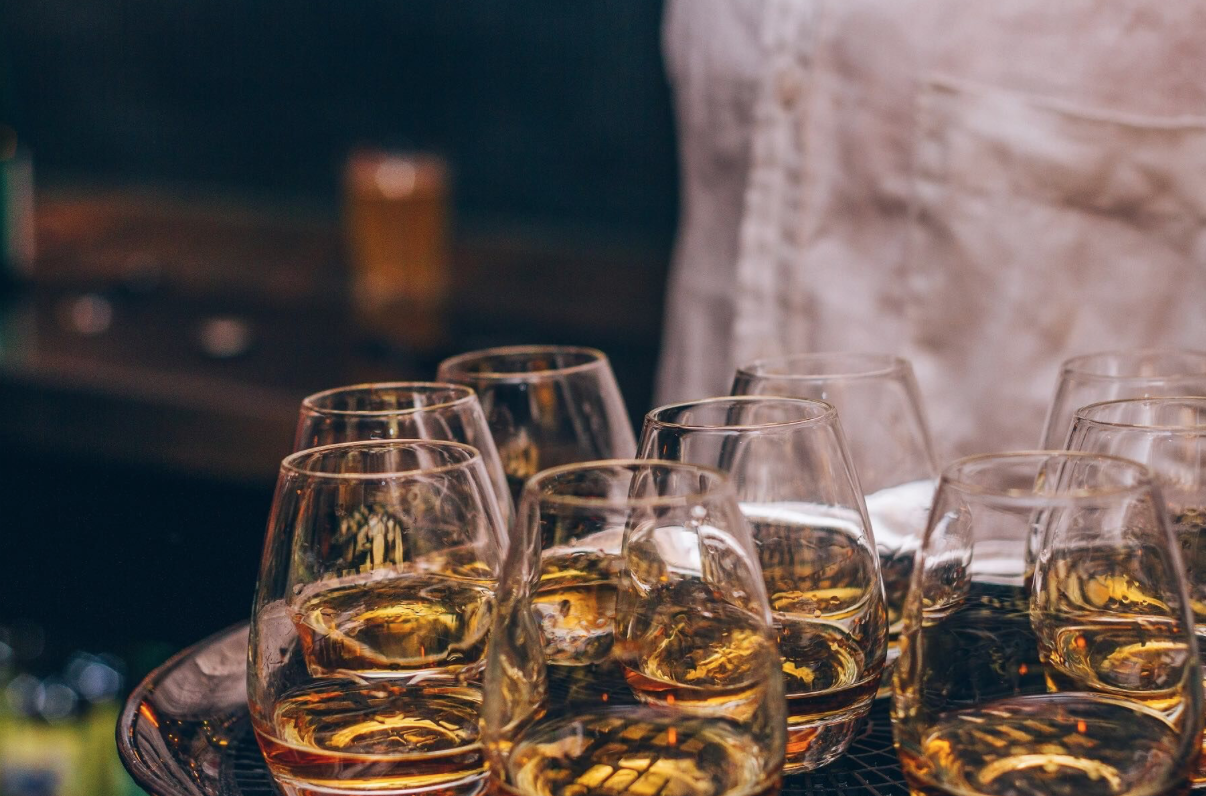 The Gallery in West Hampstead has become renowned for its whisky collection – after all, it has over 101 whiskies behind the bar, including many impressive and lesser-known varieties of Scotch. This Burns Night, they’ve created a drinks menu for the evening which celebrates a selection of their favourite whiskies and Scottish beers. The menu will include a classic Bobby Burns showcasing Glenlivet Founder’s Reserve (£8.50), and beer and whisky pairings including Chivas 12 with 6° North Four Saisons (£6.50). 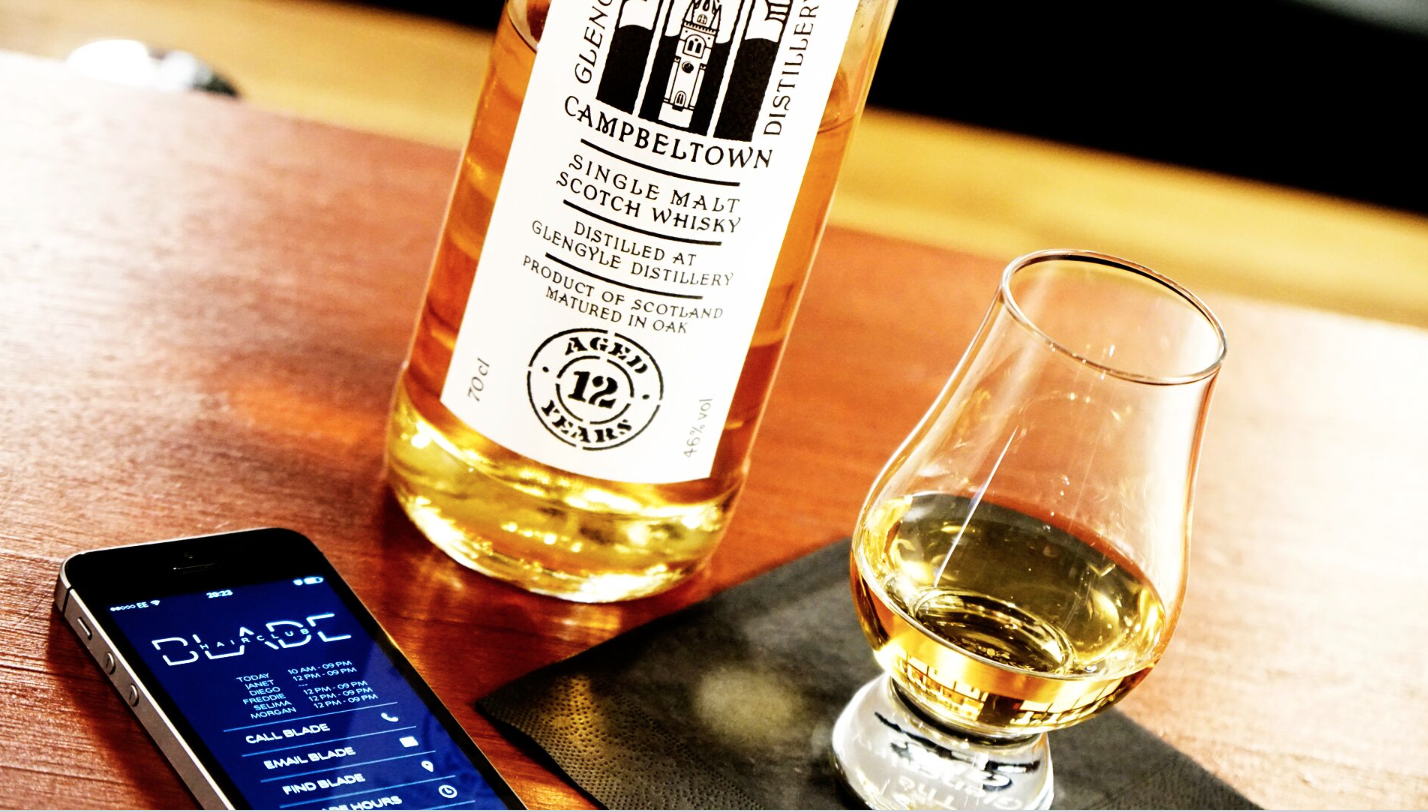 Booze and haircuts? It doesn’t sound like a match immediately made in heaven… but then in that case, you’ve not been to Blade Hairclub. This is an innovative bar and hair concept located in Soho (where else?), combining great cuts and treatments, with an invitation to indulge in a meticulously curated drinks menu, created in-house and served from a cosy bar.
It also prides itself as stocking some of the best whisky selections in town, and this Burns Night, Blade is inviting every guest through the door to indulge in customised whisky flights, mini tastings and Scotch cocktails. These will include the Penicillin – a blend of Clynelish 14 year old, Ardbeg Uigeadail and King’s Ginger liqueur along with fresh pressed lemon juice, honey and orange bitters. So you can get your barnet chopped and indulge in a wee dram while your at it – now that’s multi-tasking. 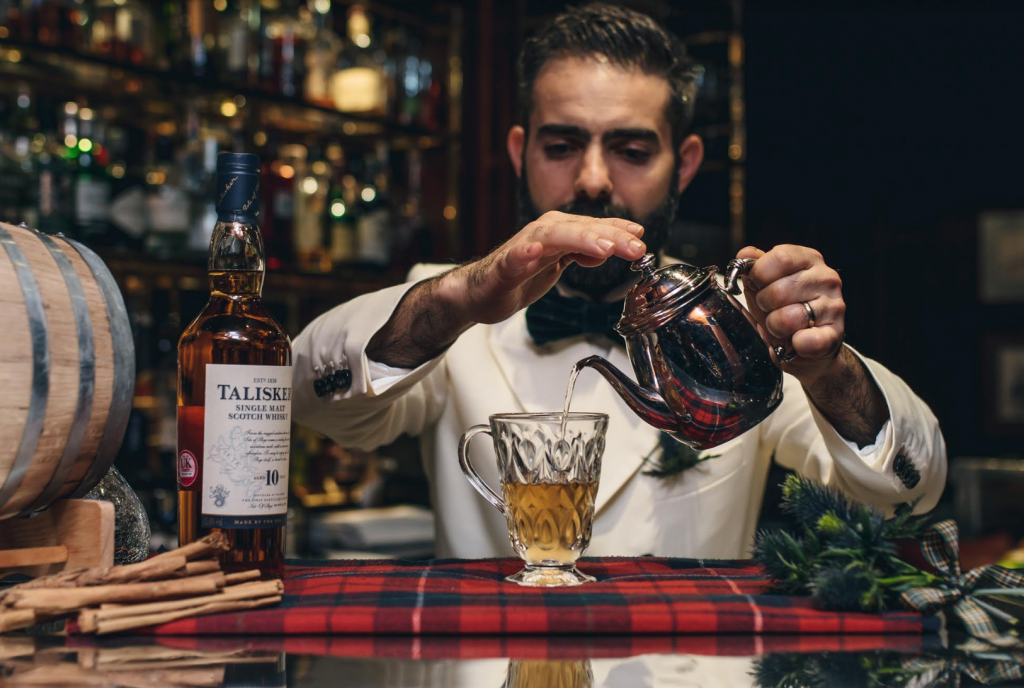 Sponsored by Talisker Distillery, the cocktails include a Barrel Aged Bobby Burns and Barrel Aged Rusty Nail created by bar manager Brian Calleja. Other highlights of the cocktail menu are The Whiskey Sour and Hot Toddy, and those looking for the ultimate whiskey experience can enjoy Flight Through Skye, a flight of three Whiskies, Talisker Skye, Talisker Storm and Talisker Port Ruighe, priced at £20, exclusively served with Campbell & Co Smoked Salmon.

Made by the Sea at Aqua Shard 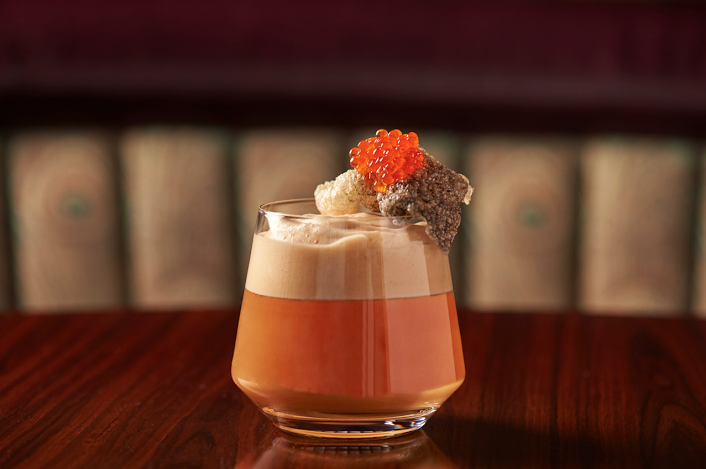 A cocktail made with fat-washed smoked salmon and garnished with dried fish skin… we’re tempted to reserve judgement on this one. But we’ve tried stranger concoctions in our time, and Aqua Shard have come up with an unusual libation that is inspired by the flavours of Scotland.

Named after the oldest single malt Scotch whisky made on the shorts of the Isle of Skye, Talisker 10, the Made By The Sea features Maple syrup fat-washed smoked salmon, Lapsang tincture for that highland smokiness, lemon juice and egg white for a silky finish, and is garnished with crispy trout skin and roe. Give it a go – January is all about being adventurous. 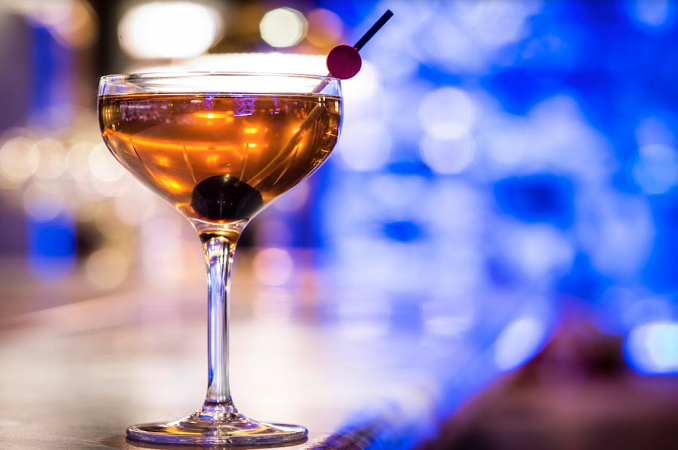 Scotland meets Japan in this rather gorgeous cocktail from Sexy Fish, which eschews the usual Scotch in favour of Nikka Coffey Grain Whisky, from one of the world’s biggest Japanese whisky collections. Possibly one to divide purists (can it be homage to Bobby Burns without using Scottish ingredients?!), there’s no doubt this combination of whisky, Cocchi Torino, Benedictine and Jerry Thomas Bitters will be a glorious way to get those creative juices flowing. 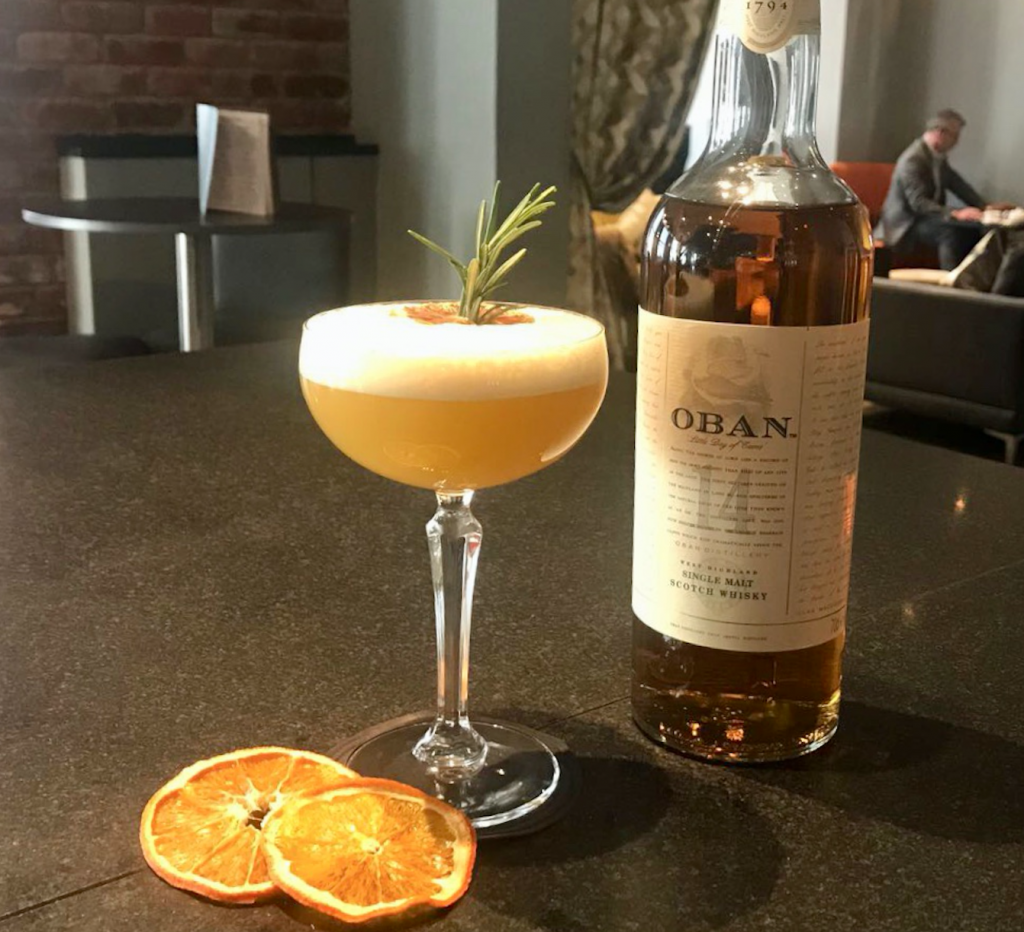 Anyone heading in or out of London’s Paddington station this week – or who might be generally in the area – should head to vintage-inspired bar 146 Paddington. They’re getting into the Scottish spirit with the Sour Bobby – their twist on a whisky sour, using Oban Whisky. Oban is one of our favourite scotches, so we’re keen to see how this frothy cocktail turns out. Plus, it’s only £9 all week which will appeal to anyone watching their pennies.