Back in the day you could call Punches many things but sexy wasn’t one of them. That was before the deeply seductive Punch Room opened at The London EDITION. Tucked away from bustle of the Lobby Bar, entering the wood panelled room is like walking into a well-kept secret – so cosy, elegant and relaxing, it’s like the living room you wish you had. The drinks are something else too. All Punches we might add which makes them just the ticket for cocktails a deux or for sharing with a group of friends.

And just when we thought it couldn’t get any better, they’ve gone and launched a brand new menu bursting with goodies. We spoke to Bar Manager Andy Shannon and bartender Eric van Oers about its creation…

You’ve just launched your new menu, ‘The Five: Volume II’ and it’s quite the big deal for the Punch Room. Before we get stuck into the nitty-gritty, when did menus become such a big thing for bars?

Andy: For me personally, I guess it’s something that’s developed over the past few years. Going back, the team at the Artesian were renowned for producing big, iconic menus along with other classic hotels like The Savoy. We never wanted to do that here, it wasn’t something we’d planned. In fact, for the first few years we kept things deliberately simple so that they could be adapted quite quickly. But now that we’ve been running for a few years and as we’re specialists in a particular category – Punch, it make sense to have something more substantial, so we created a book. 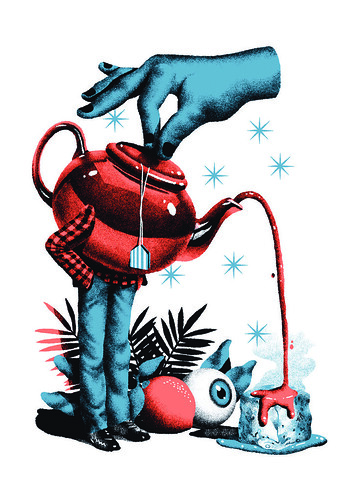 What’s the story with the book (pardon the pun!)?

As we’re treating the menu as a reference point for Punch, having a small, interchangeable menu didn’t really feel that we were giving it much gravitas. Creating our own book has been very cool. We’ve worked with a wonderful design company and some amazing illustrators, as well our writer Madeleine Grace Barry who set the tone of the book. It’s been a fascinating project to work on and the whole package just goes to shows how diverse Punches are. 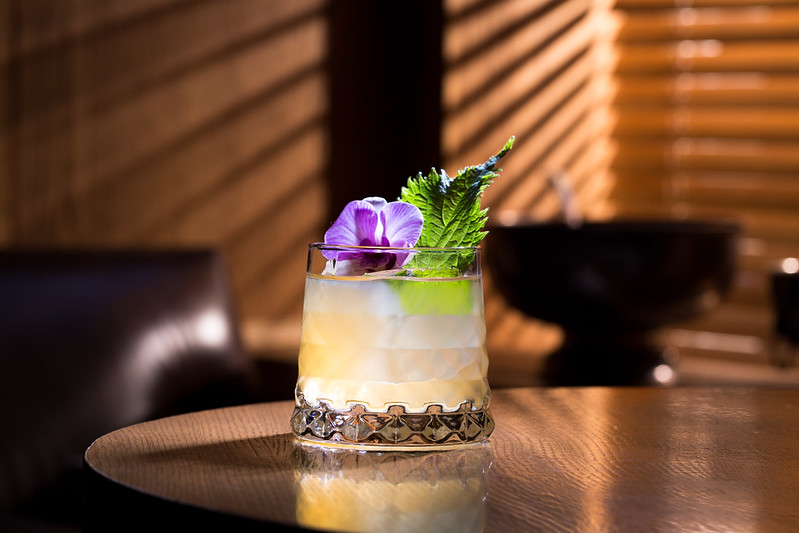 So, The Five: Volume II, how many drinks are on the list?

Thirty, which seems like a lot and I wouldn’t normally do something this big but once you start looking at the history, styles and techniques and take into account that you want to give people reasons to come back and back, you need that amount. Also we’re running the menu for a year. When you’ve put so much time and effort into something, it makes sense to have it running for that amount of time. 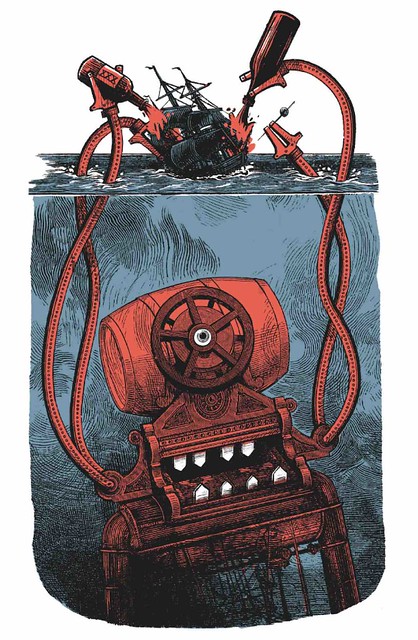 Where did you start and how was it developing the first volume that launched last year?

We started by sitting down with Davide Segat [Director of Beverage EDITION Hotels], and Lance Perkins [Director of Food  Beverage London EDITION Hotels] for structure as they had the concept for the first menu. But this volume is not just about being the next chapter in the menu, it’s about having something to move forward on in the future. 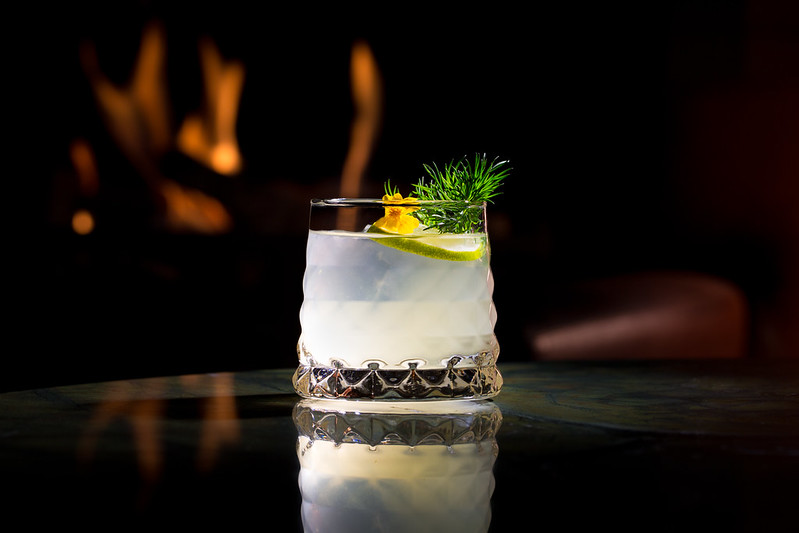 Tell us a bit about the theme?

Well, we’re sticking to the classic principle of Punch which is five, with five drinks in five separate sections. However, unlike the first volume which focuses on the five main ingredients in Punch (spirit, water and tea, citrus, sugar and spice), we’re focusing on ‘Firsts’, as in influential firsts in the world of Punch.

It takes in Naval, Coffee House, Caribbean, North American and Modern. We also have five Classics, the drinks that our customers always come back for, like the English Milk Punch and our signature Edition Punch. Other than the drinks, the book will be the same size as the first volume, with the same format, but will be in a rich Racing Green rather than the navy blue of the previous one, with words by Madeleine and vivid illustrations by six unique artists, Alan Berry Rhys, Bene Rohlmann, Jake Foreman, Max Löffler, Otto Von Beach and Verónica Grech. 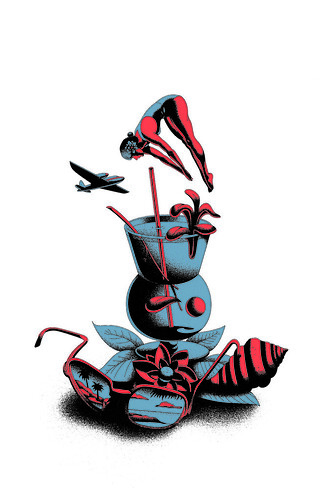 Nice. There was obviously a lot of research involved, how long did it take?

We started late September 2017 using history books as a base point then added our spin on things to keep it fresh and exciting.

Speaking of research, which sections inspired you most?

Eric: The Caribbean – there was so much information available. North America is also very big on information but in the end it was more difficult to narrow down because its better known for its single serve cocktails than Punches. Andy: The one that seemingly was the easiest is the tea section or Tavern section. I also liked the Navel section – there are loads of drinks that you can associate with it but to keep things interesting, I took some liberties and went off into my interpretation, so we’ve also got a Gimlet on the menu. 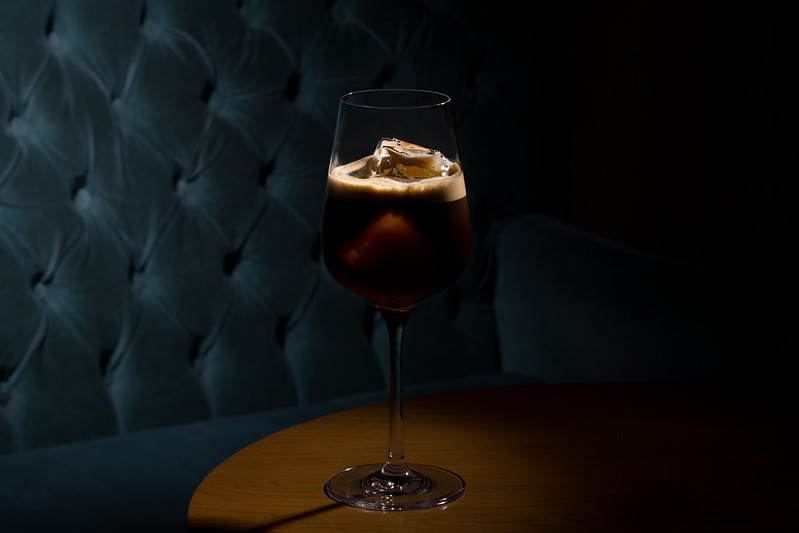 What were you most surprised by?

Eric: The thing that jumped out most for me was that as far back as the 16th and 17th century they were doing lots of things we are still doing today. For instance, I start my chapter on the Caribbean with a drink called Sorrel Wine, goining back to the first time they started using rum in a mixed punch style and they infused the rum with sorrel to mask the flavour. I mean, this was in the 16th century and they were already infusing spirits. That for me was quite an eye-opener.

What will your regulars be surprised and excited by?

The new menu takes in a lot of rum which we’d never really used much of before. We’ve also included shorter, boozier drinks as well as a non-alcoholic and a Deconstructed Punch. 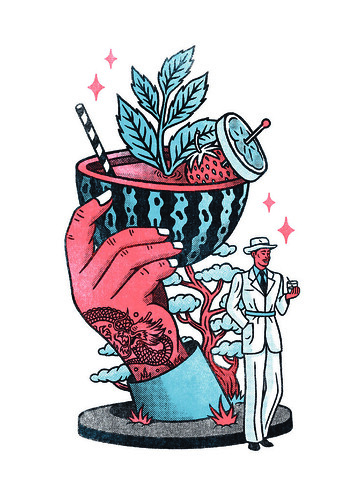 Why should people come to the Punch Room to try the new menu?

We don’t have any crazy serves but we do have plenty of interesting flavours, using modern techniques relevant to drinks history. We’ll still be offering our ritual drink on arrival and Punch bowls to share – guests have seen it all and tried it all but they’re still very excited to see a Punch bowl with a big lump of ice in the middle.