If you’re a bona fide cocktail lover of the GB variety, you’ll no doubt have made it your business to find out the names of the ten clever so and so’s going through to the Diageo World Class GB Finals in Scotland in June.

What you may not know is how downright difficult it was for them to get there. Believe us, it wasn’t a case of simply showing up, presenting a fancy-pants drink or two then bam! announcement time. Oh no. This being World Class not only did they have to jump through technical hoops, they had to make it look effortless while they were doing so. 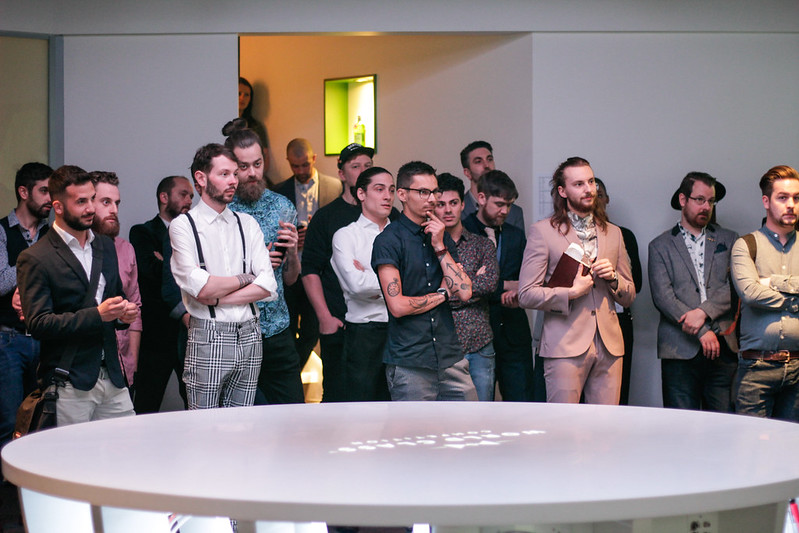 Let’s get serious: the competitors listen in to the briefing

Starting with the first technical test: finding their way to Diageo CCC, tucked away in deepest, darkest west London. Not exactly a doddle once there but at least it meant their brains were already fired up. Just as well because the day was structured to keep them on their toes. World Class is many things but what it is not is a place for slouches. To prove it, the 35 contestants were divided into three groups and put through their paces in three very different but equally challenging tasks. 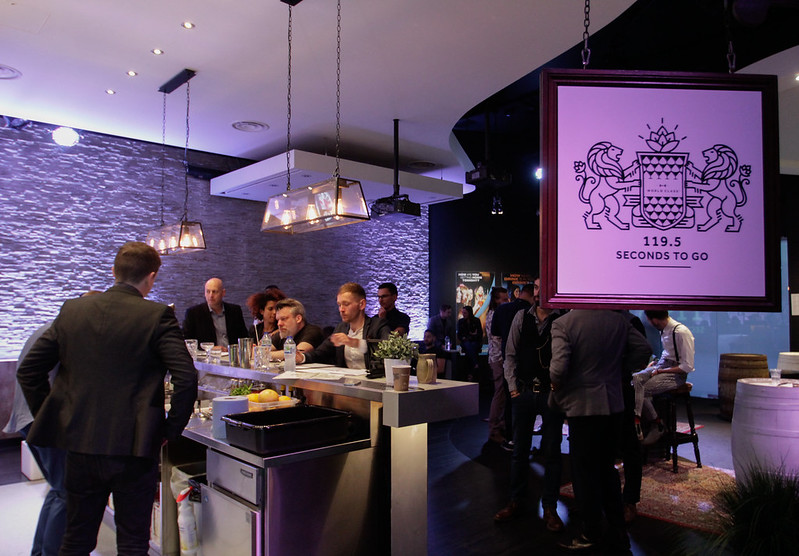 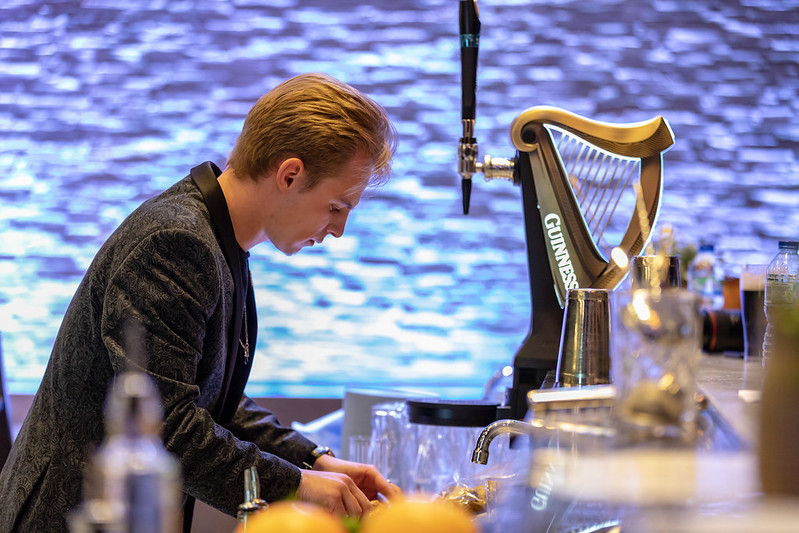 Top: 119.5 seconds to go set up; above: James Bowker prepping for the challenge

The intriguingly titled 119.5 Seconds To Go was one. As the bartenders were to find out, this is the precise time it takes to pull the perfect pint of Guinness. Don’t take our word for it, it’s a scientifically proven fact (apparently). Perfect or otherwise, how does a pint of Guinness figure in the World Class semi-finals you may ask? Good question. Aside from being in the Diageo portfolio, a pint of the black stuff was to be poured after the ‘tenders demonstrated their speed skills, shaking up two classic cocktails, all within the allotted 119.5 seconds. To make things even more interesting, they had to choose from two packs of cards: easy or hard. ‘Easy’ might throw up a Tanqueray No. TEN Martini, Zacapa Old Fashioned or a Cosmopolitan made with Cîroc vodka; while ‘hard’ could have been an El Diablo, Cameron’s Kick or Penicillin. In both cases the drinks were judged on flavour and balance but opting for ‘hard’ scored them more points than playing it (relatively) safe – as it should. Watching their every move was Simon Difford, Andy Ives, Jenna Ba and Joe Tivey. 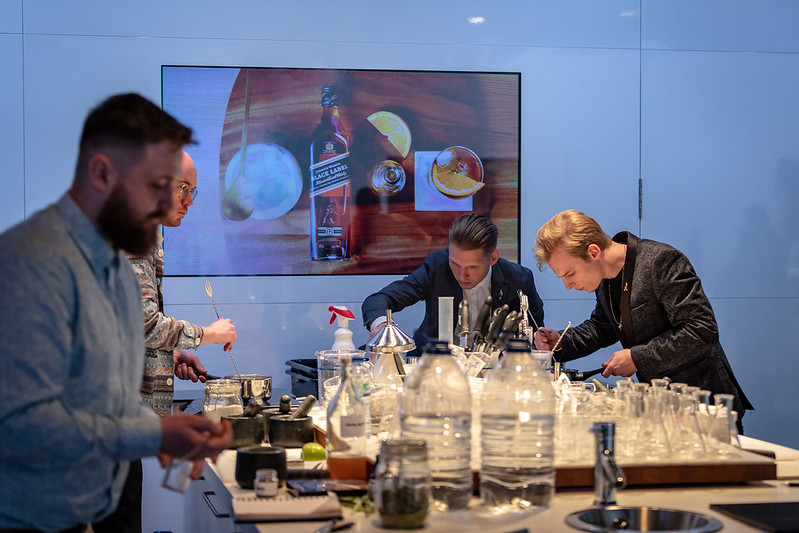 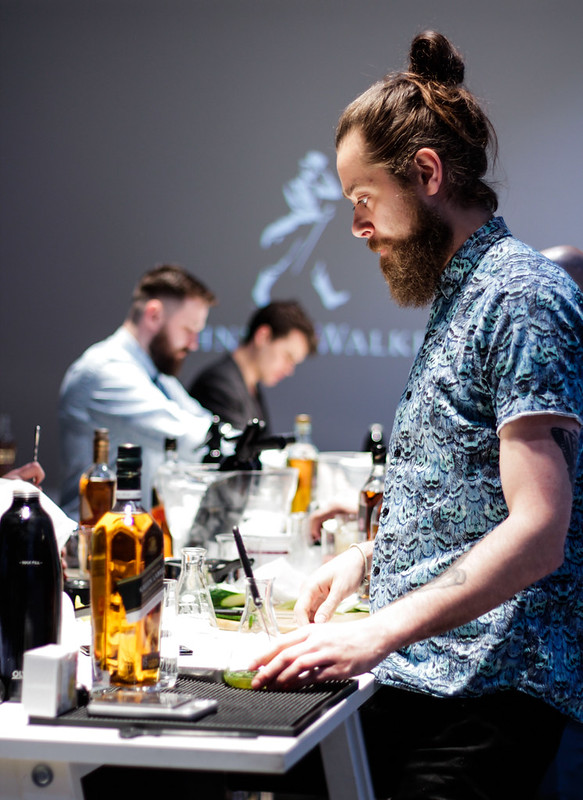 Top and above: Making sodas for Flavour on the fly

Next was Flavour On The Fly, a liquid led challenge where the 35 hopefuls had to create a flavoured water or soda to pair with either Johnnie Walker Black, Gold, Green or Blue Labels. Craig Harper from Fever-Tree kicked things off with a workshop on how carbonation affects flavour, and who better than Ali Reynolds, Johnnie Walker Whisky Ambassador to give some tips on the seemingly simple beauty and elegance of the mizuwari and highball? Notes taken and minds a-whirring, it was time for the group to be divided up so they had time and space to play around with sweeteners, acids, flavour enhancers, fresh fruit, spices and teas from the Rare Tea Company to concoct their original soft drink. With an hour on the clock…

“You could tell some people had really done their research on the brand which helped with delivery,” said Ali. “Those who have worked with or had been chefs or have a good understanding of infusions from the World Class modules we ran through the year also presented really great drinks.” As well as flavour and balance, marks from judges Ali Reynolds, Colin Dunn and Craig Harper were given for the rationale behind their drinks, as well as the overall presentation. 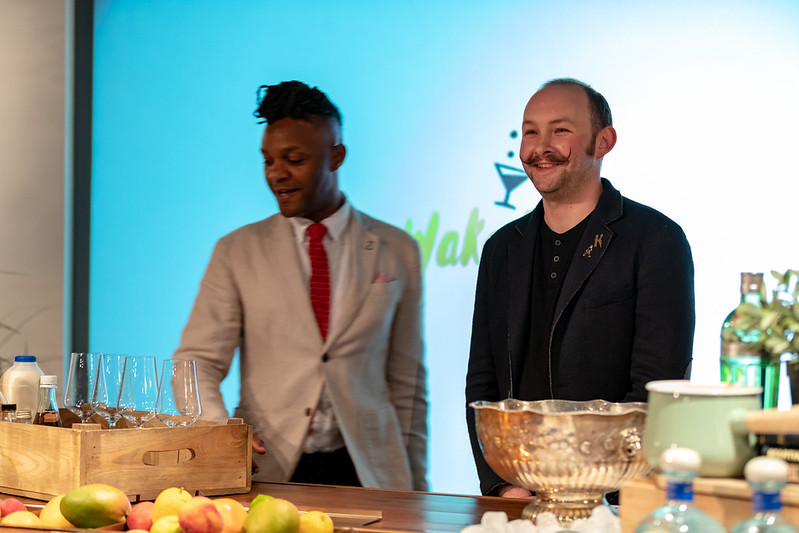 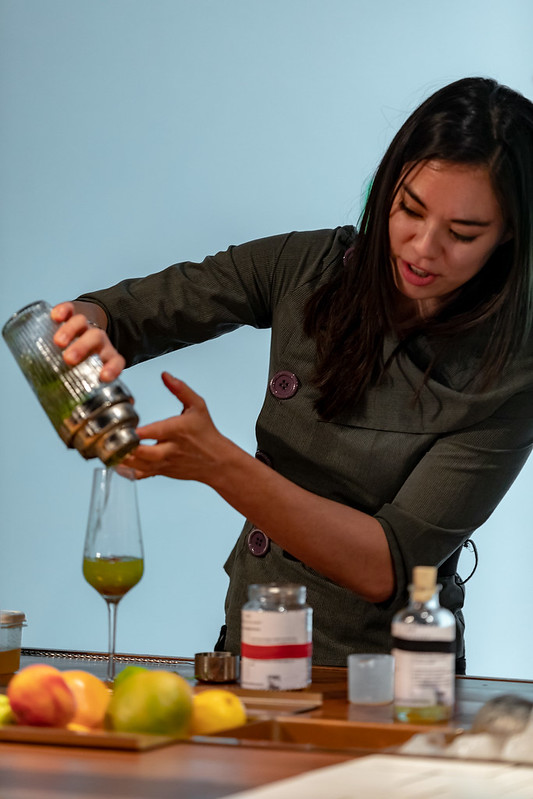 Top and above: fun times in the Wake Up Shake Up ‘studio’ fro the Breakfast Martini challenge

Then there was the Breakfast Martini – the fun one. So much so, we sat through it for the entire day. Okay, we were judges, along with Deano Moncrieffe and David Beatty, European Brand Ambassadors for Don Julio tequila and Ketel One vodka respectively but even if we hadn’t been there in that capacity, we still would have stayed put. Why? It was set up as a television studio – think Sunday Brunch on Channel 4 and you’ve hit the nail on the head. With Deano and Dave (good names for a TV show don’t you think?) in full presenter’s mode, the bartenders had to devise a simple cocktail to make at home.

Obviously, we were looking for a tasty drink – that’s a given. More unusual for a cocktail competition of this stature, the cocktails they made had to be something that could be put together in a kitchen or garden, using equipment and ingredients that can be found in most people’s homes. Not, and we repeat not, the homes of bartenders…

It was a good one, perfectly suited to the studio environment. We even had a few Blue Peter “here’s one I made earlier” references. We should mention that the contestants were given a brief beforehand, so they could make infusions (only simple ones mind) but they didn’t know the exact format. Needless to say, it suited some of the ahem, larger-than-life characters perfectly. 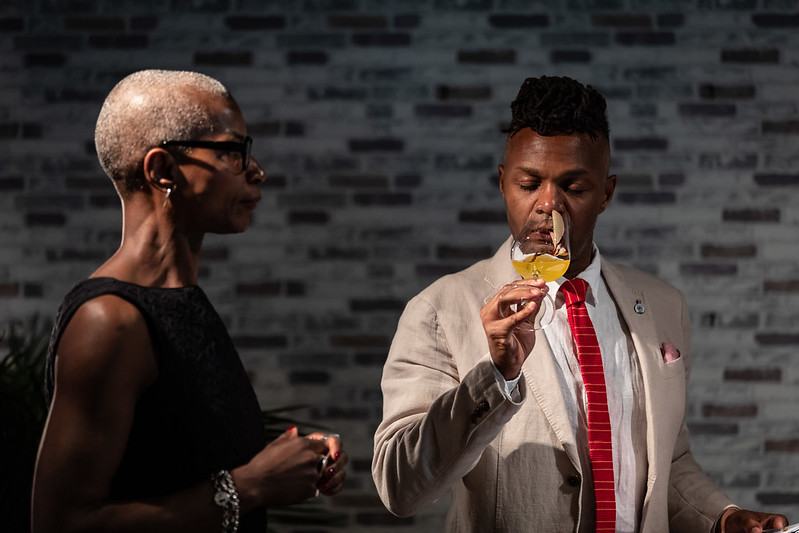 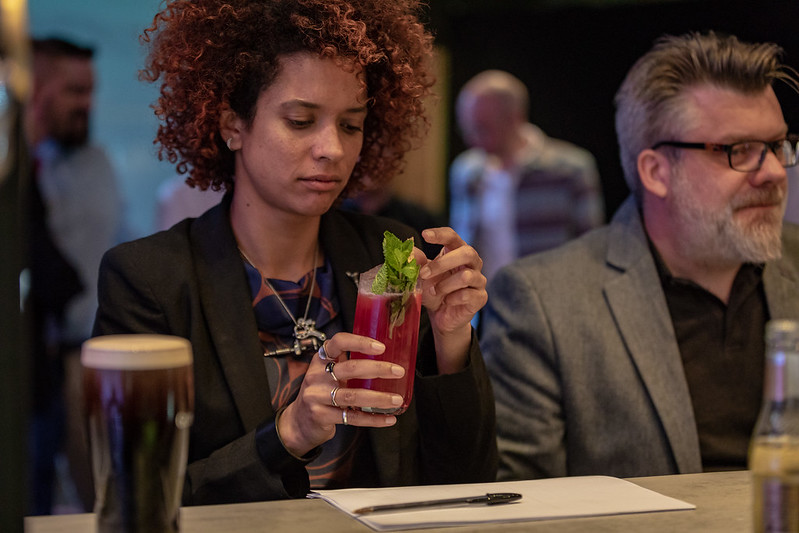 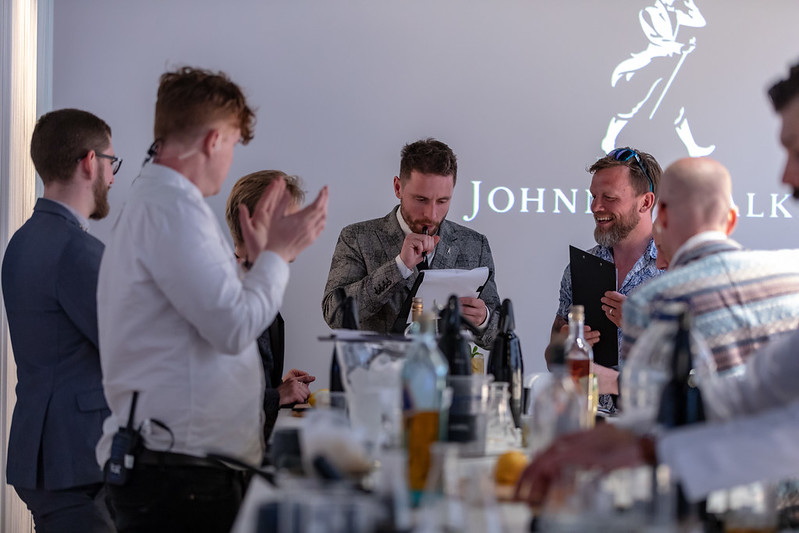 Top, middle and above: The judges at work

Some referenced or even based their cocktails on Salvatore Calabrese’s Breakfast Martini, others took the breakfast theme and literally ran with it, producing Don Julio infused with fat washed cereal as the base of their drink. Yes, we would have liked to pop our heads into the other rooms but honestly, we were having too much fun to get too worried about what was going on behind those doors.

Fast forward to 9pm, a full 12 hours after we’d all arrived at the original venue and we’d been whisked away to Nine Lives in south London for the announcements. First of all, we have to say that there’s a whole lot of talented people out there – not just in the big cities but dotted all over country.

Which is shorthand for saying even though 25 people aren’t going through to the finals at the end of the month, that doesn’t mean they didn’t do a good job. Quite the opposite, they are the very best in a country that’s filled to bursting with incredible bartending talent. But credit where it’s due, the 10 finalists are super strong. We cannot WAIT to see what they bring to the final UK showdown on 18th and 19th June. See you in Edinburgh:

And let’s not forget the other 25 competitors. Making it to this stage is certainly worthy of a big-up: