A word used to describe your peoples – ones you can trust dearly; someone you consider family – Urban Dictionary

It doesn’t matter if you’re a Urban or Cambridge Dictionary kinda person, the principle is still the same – we all want to be part of a ‘fam’. It can be a small and tight-knit affair, or something bigger that involves a real community – size doesn’t matter, it’s what it stands for that counts. Fam are the people who never judge you – the people you go to when you want to kick back, relax and be yourself. FAM, the brand new bar from Megs Miller and Dré Masso of Comunidad, together with operators Eric Yu and Martin Malley, is just that but in bricks and mortar form – think of it as the equivalent of walking into a warm and welcoming hug. 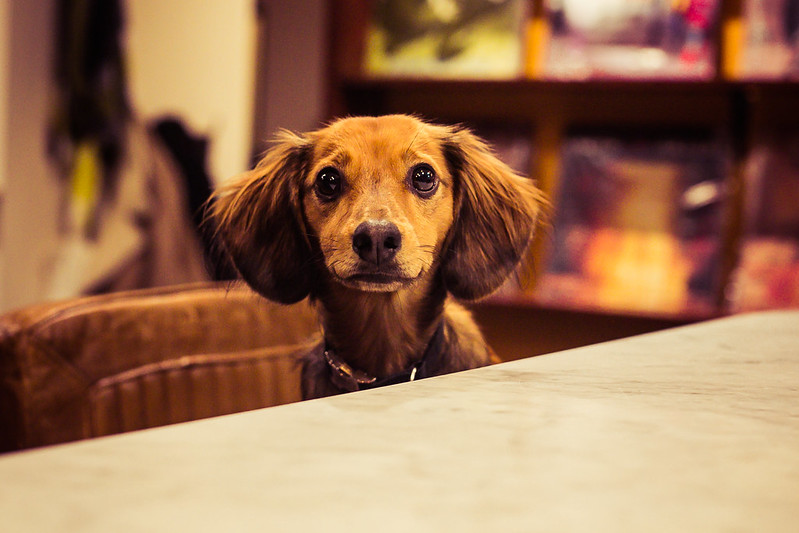 With its emphasis on super quaffable drinks, late opening hours and feel-good vibes, it’s destined to be a big hit with anyone who gives a jot about what’s-what on the drinks scene. But there’s more to FAM than that. Like resourceful bar practices: the team are using locally sourced and rescued ingredients and material wherever possible, plus they’re extending their giving back ethos by encouraging staff to become partners in the business without any financial investment. There’s also the fact that the bar is a celebration of the fabulousness that is the glorious hotch-potch of tastes, colours and cultures that makes up London, widely regarded as the cocktail capital of the world. But here’s where we think FAM is really going to go big time: it’s set to be the hub for the family that is the London bar community.

Megs Miller tells us why. 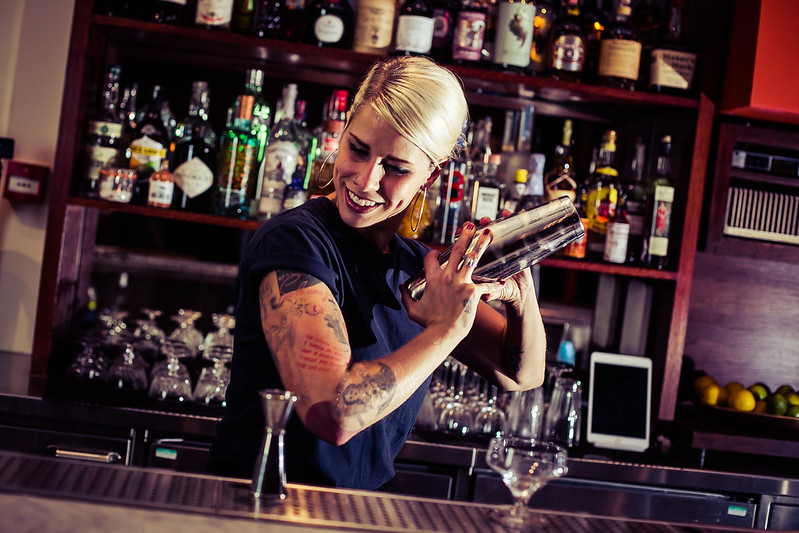 Loving the name by the way. When did you decide on it and how does bringing those three letters together translate into something big to you?

The name comes from a fruit and veg shop across the road from Ceremony, Ali and Joe Stokoe’s amazing restaurant and bar that I helped out at for a time. Rhys and I loved it, there was something about saying it out loud:  “we get our fruit and veg at Fam…”, we really liked the way it rolled off the tongue. And of course, there’s the meaning behind it… It’s London slang that means family and relationships as well as the bigger picture.

And what’s the bigger picture for you?

For us, it’s about having a bar where everyone feels welcome; somewhere that our guests can kick back and relax. We want everything to feel familiar and for anyone who comes here to pick up a menu and know exactly what they’re going to get. I don’t want to give people a lot of no’s, we want to give the best possible service so our guests feel good as soon as they walk through the door.

So the emphasis is on great hospitality?

Hospitality plays a key role, yes. I’m very much an exponent of my first mentor, Phil Bailey’s approach to running bars. He used to say: “I’ve never had a fight with anyone and never had to throw anyone out of a bar because I have one rule: ‘as long as your fun doesn’t affect anyone else’s fun, you’re good”. And that’s going to be our ethos at FAM. If it’s 4pm, maybe it’s not the right time to dance on the tables but if it’s 2am and the place is going off, then let’s go! If we’re all inclusive and care about each other and safe with each other, then why not? Bars are about having fun. You finish work and you want to go out, we should be taking care of you, it’s hospitality right? 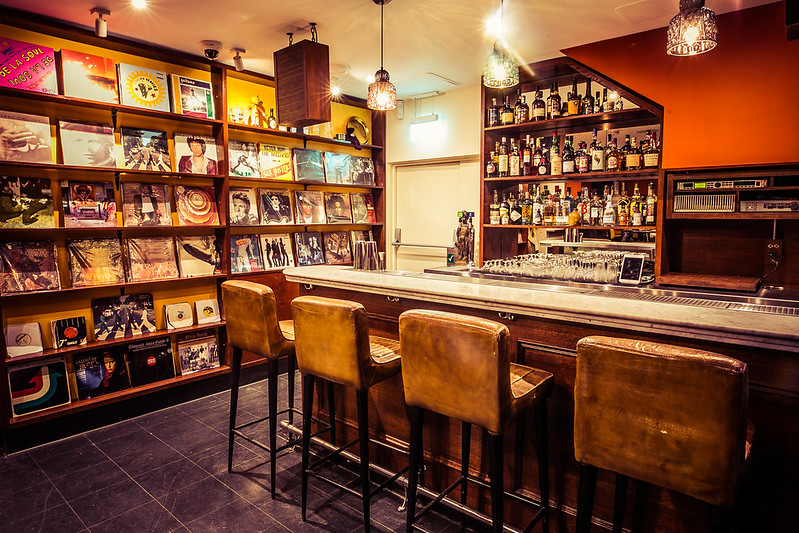 Obviously, the team is vitally important to getting that right, so who have you got on board?

This project means a lot to me for many reasons and one of them is that I’m getting back together with Eric Yu, Martin Malley and Dré Masso, the team I worked with at Opium – in fact, I was the first bartender they hired. Bruce Govia was also one of the team and I’m super happy that he’ll be joining us at FAM – he’s my brother from another mother, I’m his sister from another mister: he’s one of my dearest friends but one of my absolute favourite people to work with. As is another of my dearest, closest friends, Zoë van der Grinten who’ll be joining us part-time and the wonderful Virginia Guenette who joins us from Happiness Forgets.

A little bird tells us that as well as taking on your first GM role, you’ve designed the interior. How did that come about?

I studied architectural and interior design at university but this is the first real project that I’ve undertaken since then. I didn’t put myself forward for the job but when it came to briefing a design agency about the interior, I was so specific about the look and feel of the place that Martin suggested that I take it on myself. At first I was worried that I didn’t have time to do do the project justice – we got the green light for the space at the end of September and we were travelling extensively at the time so I didn’t think that it would work. But once I had assurance that I would get help from the Breakfast Group team, I decided to go for it! And it’s been great.

Talk us through your design.

The main influences come from my time in Colombia. Previously the bar was quite a cold space but I’m warming it up by bringing in lots of colour. We’re using the sage banquettes that were here before – not only do they look good but they fit in with our ethos to reuse and be as circular in our sourcing as possible. Which is why the bar stools, photo frames and nick-knacks around the bar were picked up from a very early trip to Sunbury Antiques Market.

The rest of the colour palette is made up of burnt oranges, crimson, dark woods and black accents. There’s also lots of mustard yellow (it just happens to be my favourite colour!) It’s about tequila and sunshine and instantly makes everyone feel really happy. We’re keeping the family feel going by having photographs of our industry friends on the walls, one of the other walls will be lined with vinyl records. 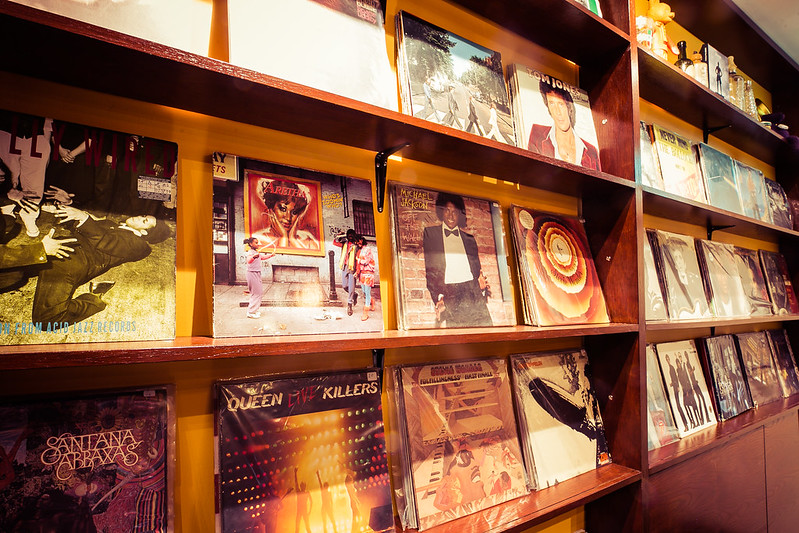 Speaking of music, it’s an important part of the mix to you. How does it come into play at FAM?

Like the photographs on the wall the whole vibe will be relaxed and inclusive. One of Dré’s friend’s Martin Stacey has fixed up some amazing vintage speakers for us and we’ve asked friends to tell us their favourite happy tunes which we’ve got on vinyl so we can play when they come into the bar.

What’s on your personal feel-good playlist?

So many, including Stuck In The Middle With You by Stealers Wheel, Hooked On A Feeling by Blue SwedeBjörn Skifs – basically the entire Reservoir Dogs soundtrack, plus lots of Harry Belfonte songs like Jump in the Line.

Okay, so we’re seated, feeling nice and relaxed and there are some happy tunes playing in the background. What are we going to drink to keep those good times vibes flowing?

We’re focusing on London classics and to me, the epitome of London bartending is Dick Bradsell. I still feel incredibly privileged that I was a regular of his when I worked at Opium and he was still behind the bar at El Camion. To me Dick was the epitome of Phil Bailey’s saying: have as much fun as you want as long as your fun doesn’t affect anyone else’s. Everything he did encompassed that so I want to pay a very nice tribute to him. 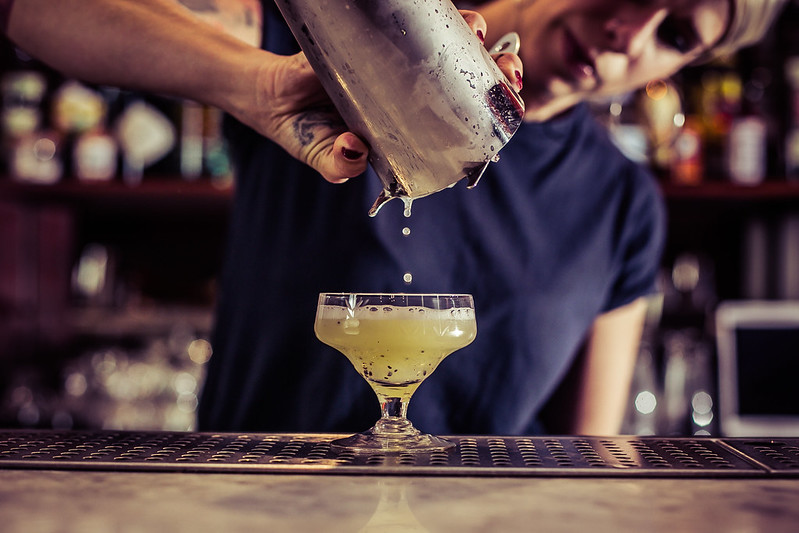 As for the drinks, I want the team to be as creative as possible but at the same time, it’s important that our guests look at the menu and understand the flavour profile of the drinks. There are 14 in total, including two non-alcoholic and two low abv drinks. We’ll have cocktails like the FAM Margarita – everyone knows what they’re getting with a Margarita, but ours will be a family blend of highland and lowland tequilas, mixed with our house citrus and Devon flower honey. We’ve also got drinks like Sir Duke (named after the Stevie Wonder song), made with London vodka, kiwi berries, nettle cordial with splash of Bloomsbury pastis and house citrus; The Claymore with blended whisky stirred down with English sparkling wine cordial and Live by the River, one of our non-alcoholic drinks which is made with Seedlip Grove 42, house citrus, a dash of sherry vinegar topped with soda. We want to focus on locality where we can but also be inclusive.

We’re offering a banging bar snacks menu and there’ll be a FAM meal every day. That could be my mum’s stew or another nostalgic family favourite recipe which will appear on the menu on the same day each week so guests will know what’s on offer before they arrive. At night bartenders will be able to get their FAM meal at a discount and come and be part of the family. Anything left over will be picked up by a homeless shelter. 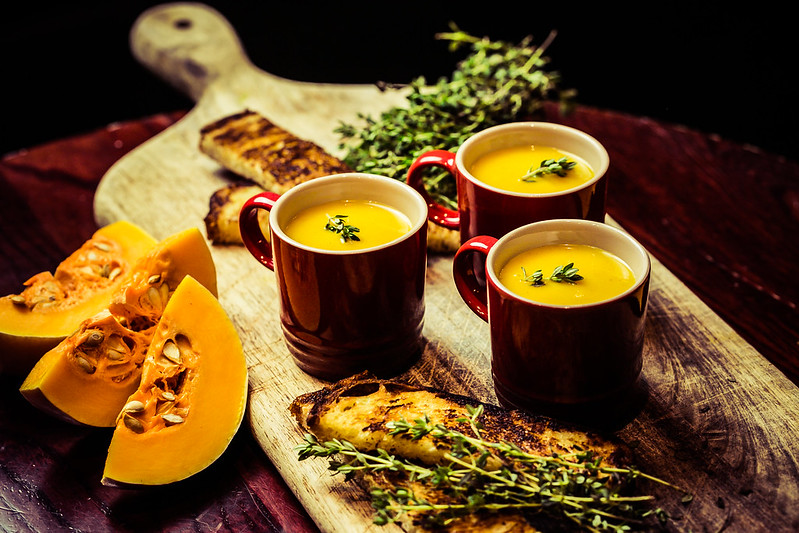 Tim Ross-Watson – he’s worked in places like The Goring and Restaurant Gordon Ramsay but having done the fancier style of cooking, his ethos is about taking the ego out of food and making the food here what he would want to eat. On the menu we have things like Aunt Zoë’s vintage English cheddar cheese spread and sourdough chips; Cup-a-Soup (pictured above) which is butternut squash, roasted garlic and white truffle oil with buttered milk-bread soldiers, and Dingly Dell ham and cheese toastie on homemade bread with tomato compote.

You’re in a former all-day venue, are you going to be open all hours?

We won’t be open throughout the day as everything around here is restaurants and that would mean competing with them. I don’t want that, this is about family, plus we’re more about drinks. We’ll be open from 4pm to late on Monday through to Saturday. Saturday will be the only day that we’re open from midday – we’re right across the road from Selfridges and we hope to get the daytime drinkers popping in. We will be serving coffee as well as beer and wine but I want FAM to be the place to get the best cocktail in the area.